About Spring in Istanbul

Welcome to Spring in Istanbul. While coastal resorts of Aegean and Mediterranean Turkey begin preparations for the tourist season, when Spring descends, Istanbul city awakens. Poised between two worlds with varied cultures and religions, Istanbul offers much to visitors when longer days evoke warmer weather. Arguably, Spring is the best time to visit Istanbul.

From the end of March, temperatures increase significantly in Istanbul. Daytime temperatures average at 20' C, but nights are cooler at around 15' C. If you are not keen on queuing for Istanbul's fantastic sights under the beating summer sun, embrace Istanbul in Spring with a light jacket to miss the crowds and sweltering heat that bestows upon this great country. When Spring in Istanbul begins, tulips and many special flowers blossom, right through to the end of May when temperatures soar. Springtime offers much to tourists and those who live in Istanbul.

About Spring in Istanbul

End of Winter Cemre into Spring

Rich Turkish folklore features in everyday life and events, and Spring marks the 'End of Winter Cemre. Throughout Spring, Turks take advantage of gorgeous weather, and Istanbul leads after long, quiet, and often harsh winters that the city and surrounding areas like Yalova and Sapanca experience. Being culturally inclined, Istanbul blooms literally with tulips. The city creates the perfect setting for the many spring festivals and markets, creating excitement for those who travel and own property in Istanbul.

The unique Arabic word 'cemre' translates in two different ways. Translating into 'red-hot coal' or 'live ember,' in Turkish folklore, three heat radiations supposedly fall into the air, the water and earth, dancing on the winter's edge, transforming cold into heat, sleep into wakefulness, darkness into light and stillness into movement. The first sun fireball falls between February 19th and 20th; the second is between February the 26th and 27th. Finally, the third falls between March the 5th and 6th, indicating Spring's arrival. 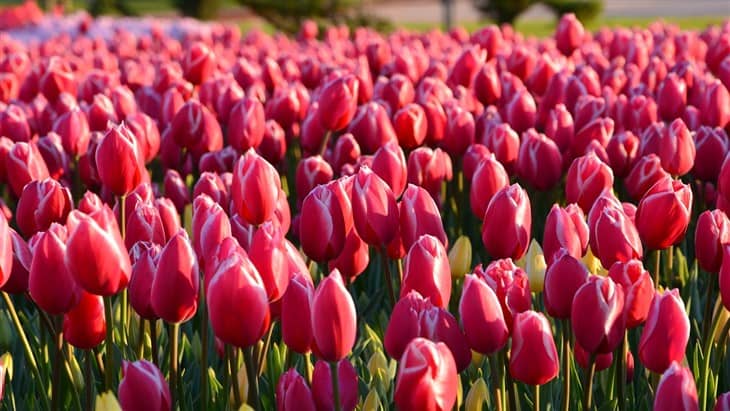 They kept the secret well, but Holland is not the tulip's birthplace. Turkey first cultivated the colourful and popular flowers in 1000AD, and the 17th-century Viennese biologist, Carolus Clausius, brought tulip bulbs from Turkey into western Europe and the Netherlands. There are currently 14 variations of tulips in Turkey, but only four are of local origin. The other ten varieties originated from Iran and other areas of Central Asia and then came to Turkey during the Seljuk period.

Sultan Ahmet III reigned the Ottoman Empire between 1703 and 1730 and was obsessed with the chic flower. He famously maintained tulip gardens in Spil Dağı above the Aegean town of Manisa and his gardens at Topkapi Palace. The Sultan became so associated with the famous flower that his reign is called the 'Tulip Period.' As a result, tulips are now central to Turkish culture and one of Istanbul's traditional symbols. Spot them everywhere, from motifs on silk scarfs to tulip shapes of Turkish tea glasses.

During April in Istanbul, millions of tulips appear across parks and gardens as Spring awakens and blooms; Istanbul transforms with colour with a spectacular array of designs. Many properties in Turkey display their tulips or visit Sultan Ahmet Park, which sits between the breath-taking Blue Mosque and Hagia Sofia, to see impressive arrangements at the beginning of Spring. For mesmerizing and breath-taking views of tulips, take a break from Istanbul's hustle and enjoy millions of flowers in beautiful parks in Istanbul. 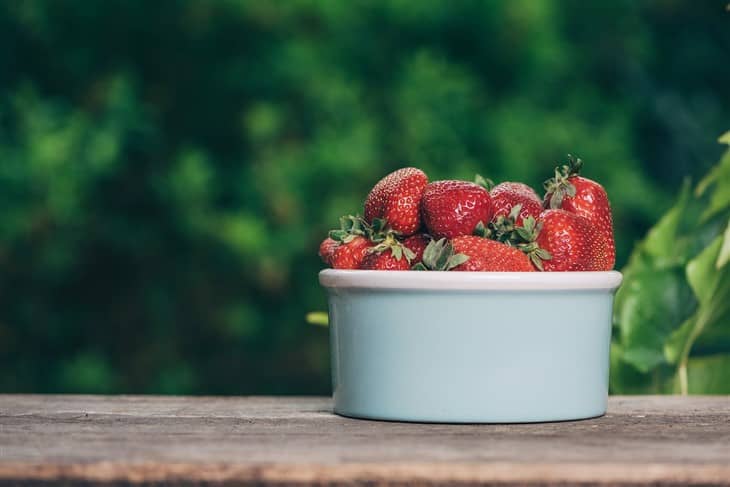 Food Culture of Istanbul and Turkey During Spring

Turks love al fresco dining; in their temperate climate of Spring. As cities come back to life, so do restaurants that open their terraces and markets blossom when colourful and delicious produce comes back into season. Spring begins with wild strawberries on market stands and shop shelves, and harvested fruits and vegetables display rich colour and fanfare. During Spring, your taste buds with be tantalized with locally grown artichokes, fava beans, peas and wild Spring shoots and leaves from the Black Sea coast. Juicy fruits like mulberries, green plums, cherries, and apricots appear on stalls alongside pistachios and hazelnuts cultured all over Turkey.

The invading Ottoman Empire captured Constantinople from the Eastern Roman Empire in 1453. The 53-day siege and conquest led by 21-year-old Ottoman Sultan Mehmed II finished the empire. May the 29th marks the conquest anniversary of Constantinople and Istanbul locals celebrat with exhibitions of traditional Turkish arts, parades by Ottoman Mehter bands and firework displays with lively re-enactments. Events take place between Tophane and Karaköy and on the upper Bosphorus shores. To truly understand the importance of this historical event, also visit the 1453 Museum of Istanbul.

Hıdırellez, a significant seasonal Bayram in Turkey, is the Romani festival of Spring beginning on the evening of May the 5th and taking place on May the 6th when night turns into day, and winter officially becomes Spring in Turkey. The festival marks the day when prophets Hızır (Al-Khidr) and Ilyas (Elijah) met on earth. Hızır gained immortality by drinking the water of life, leading him to bring fertility to men, good health to the ill and good fortune to women. Legends say that along with Ilyas, they both travel the world independently and meet on May the 6th each year, bringing together land and sea and marking the celebration of Spring and the arrival of summer. The names Hızır and İlyas fuse to make Hıdırellez.

Preparations for celebrations begin with cleaning houses and clothes, as European' Spring cleans.' But according to legend, the night of May the 5th is one of reckoning. Those who are deserving receive desires, and those who are not are forgiven for their sins. With legend comes rituals and ceremonies associated with luck changes when people believe their fortunes will turn with the awakening of nature and all living creatures.

The most famous ritual act and most significant symbol attributed to this holiday is the jumping over fire, believed to cure all sickness. The infamous Turkish 'evil eye' some are washed or bathed in holy water. Many give alms, and in Anatolia, believe fasting and offering sacrifices will make prayers and wishes come true. Any women seeking good fortune, luck, or marriage put their rings, earrings, and other personal possessions into pots of water underneath rose trees for the night. The following day, they approach the pot and retrieve their belongings while reciting rhyming Turkish poems. These ceremonies come with different names across Turkey. Called “bahtiyar” in Denizli, “dağlara yüzük atma” in Balıkesir, “niyet çıkarma” in Edirne, in Istanbul locals call it, “baht açma.”

Hıdrellez brings party atmospheres to Turkey, and Istanbul is no exception. In recent years, the festival attracted hundreds of thousands of people to Istanbul Street parties, music, and dance. Istanbul locals say the festival brings people together. Witness fire jumping rituals, the planting of women's good luck charms and belly dancing while you enjoy street food and raucous music late into the night all over Istanbul.

Head to Erdine, two and a half hours northwest of Istanbul, for authenticity, but Istanbul also embraces the festival with open arms. Easter is perfect for getaways, and Istanbul makes the perfect springtime destination. If films, theatre, and tulips aren't enough for you, join the Romany in Turkey's north during the first week of May and enjoy spring culture and performance art at its best. We hope you enjoyed your guide to Spring in Istanbul.

Ottoman Palaces: Istanbul's grand and beautiful Ottoman palaces are an excellent place to learn all about Turkey's colourful historical timeline. Visiting these beautiful, grand residences during Spring highlights how this royal dynasty, which once ruled nearly half the world, lived, and operated.

Exciting Facts About Istanbul: To list exciting facts about Istanbul would take a book. Given its iconic status as Turkey's most prominent city, this is no surprise. From the urban infrastructure to food to history to people, it would be fair to say the town exists in a different bubble to the rest of the country. To truly understand Istanbul, the way locals live, the culture and heritage would also take a lifetime. So, in this article, we picked a well-rounded group of facts to introduce the city and give everyone reasons to visit during Spring in Istanbul.