From the 21st until the 24th of September the streets of Istanbul will be filled with delicious aromas of coffee and not just Turkish coffee, but coffee from all over the world. This year, Turkey presents the 4th annual Istanbul Coffee Festival, which will take place in Küçük Çiftlik Park. Well known in Turkey as a large outdoor event space in Istanbul, since 2009 the park has attracted major music festivals and concerts by artists such as David Guetta, Elton John and Iron Maiden. In between a hot list of musical events though, comes the much anticipated opportunity for locals and international visitors alike, to learn everything they can about coffee and to enjoy the bitter tastes of traditional bless and distinctive new flavours in the form of a four day festival of caffeine. 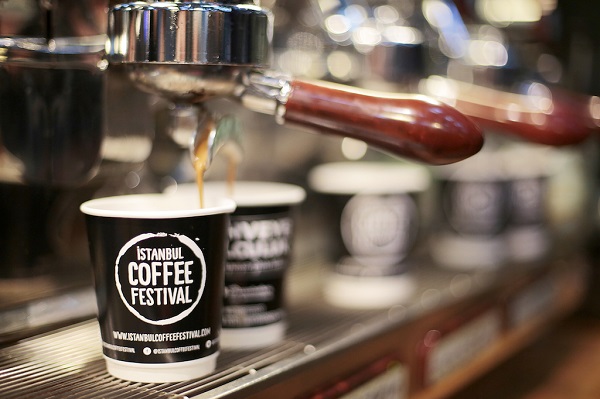 The Istanbul Coffee Festival was established in 2014 to support the city’s coffee culture and to provide a meeting place for people who are interested in the hot drink, be that as a coffeehouse owner, as a barista or simply as a fan of sipping on it. The world is currently enjoying third wave coffee and organisers hope to bring Istanbul to the forefront of the global stage of this new wave which prioritises the coffee itself, its origins and its brewing styles rather than the packaging methods and sales and marketing of the first and second waves. Turkish coffee was added to the Representative List of the Intangible Cultural Heritage of Humanity in 2013 thanks to its special preparation and brewing techniques and its 500 year history, which was the perfect backdrop to the origins of this festival a year later, which is bound to survive for decades to come.

A Brief History of Turkish Coffee

It is strongly believed that Turkish brewing is the oldest method of coffee preparation in the world, though there is some confusion over how it was founded. It begins with the discovery of the coffee plant in Ethiopia during the 11th century. Back then, the leaves of the cherry-like fruit that grew on the tree were boiled in water and the resulting liquid was thought to have medicinal properties. Coffee cultivation soon spread through the Arabian Peninsula and eventually reached Yemen in the 14th century, where it was drink using the Ethiopian recipe. In 1555 the coffee plant finally made its way to Istanbul and was introduced to the Sultan Süleyman the Magnificent the Ottoman governor, Özdemir Pasha. 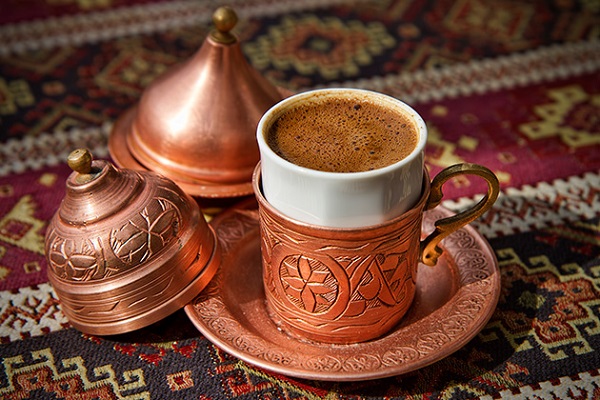 It was in the Ottoman palace that a new method of drinking coffee was discovered, using the beans, or cherry-like fruits after they were roasted over a fire. The roasted beans would be finely ground and slowly cooked with water. This method soon spread to the homes of dignitaries and soon the elite of Istanbul were following the new trend. Not long after, Turkish coffee making became a profession and people began to open coffee houses across the city, where guests had their coffee prepared in the style of a ceremonial event. As merchants passed through Istanbul, coffee was introduced to European countries and soon the coffee bean was an international commodity.

It isn’t necessarily a happy ending right there though; coffee has surprisingly been a source of great disruption in Istanbul too. In 1656, the Ottoman Grand Bizier Köprülü issued laws demanding that coffee houses be shut down. He strongly believed that coffee was a threat to the Ottoman Empire as people would gather in coffee houses to discuss politics and he feared that they would discuss ways to encourage the downfall of the Sultan. Punishments for anybody found drinking coffee included beating and drowning. The banning of coffee was such a shock and moment of outrage for the people of Istanbul that the new laws triggered mass protests and riots. Eventually the government gave in and the laws were abolished; a heavy taxation was put on coffee houses instead creating an extra income for the State. 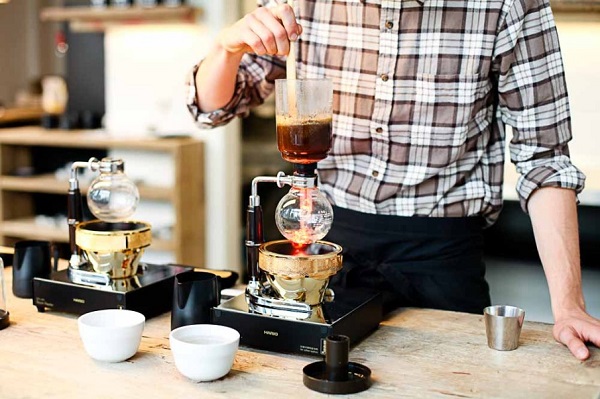 What is Third Wave of Coffee?

The Third wave of coffee is a movement to produce high quality coffee and to entice drinkers to consider coffee as an artisan foodstuff like wine. The movement has been working at improving all stages of production, from coffee plant growing, harvesting and processing, to fresh roasting and micro-roasting, an homage to the technique of microbrew beer. Coffee tasting has been encouraged so that drinkers can learn to appreciate the various subtleties of flavour between growing regions. In addition to this, producers have been promoting single-origin coffees, as opposed to blends, lighter roasts and latte art, a subject covered by the Istanbul Coffee Festival through their Latte Art Championship, as well as alternative methods of coffee preparation such as vacuum coffee and pour-over brewing devices.

The idea behind third wave coffee originated in America where big name roasters, such as Stumptown Coffee Roasters in Portland Oregon and Intelligentsia Coffee & Tea in Chicago, engaged in direct trade sourcing. Similar movements now exist in Canada, Australia, New Zealand and Scandinavia and now Istanbul wants to get in on the action. 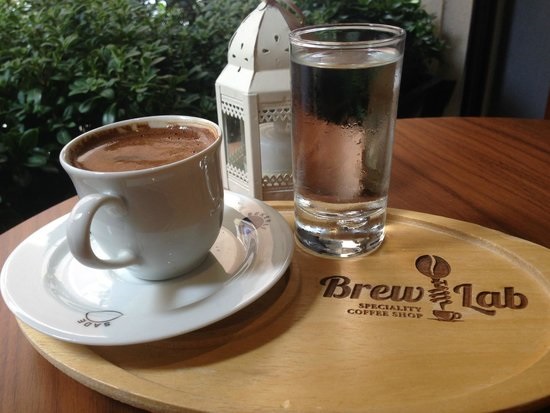 Up until a few years ago, globalisation and the invention of instant coffee eclipsed the traditional coffee culture of Turkey. Corporate life and consumerism swamped the world’s cities including Istanbul, with internationally branded coffee shops such as Starbucks and Costa. However, in 2012 an exciting new shop called ‘Çekirdek’, which means ‘seed’, opened in Kadıköy, introducing Istanbul to speciality coffee; the third wave. Since then, the Turkish coffee scene in Istanbul has become more trendy and with the times as craft-minded coffee shops popped up all over the city.

Some prominent third wave coffee shops in Istanbul include ‘Brew Lab’, owned by former Turkish barista and Latte Art champion Özkan Yetik and Coffee Factory, who provide coffee for many of the best cafés in the city, including ‘Cup of Joy’ and ‘Geyik”. At ‘Brew Lab’ you can find a huge array of brewing devices, from Japanese-style cold brew towers to siphons, while Coffee Factory’s own retail space “Coffeetopia” of Sultanahmet is the go to place for any tourists looking for the best cup of coffee in the city or an exciting new blend of flavours. 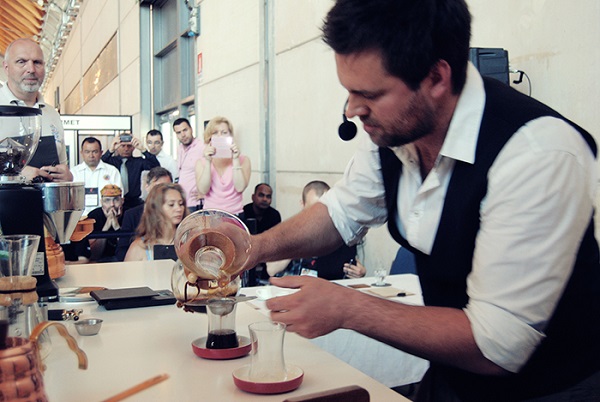 What is Happening at the Festival?

The four day Istanbul Coffee Festival looks to be a delightful treat for the senses. You can tickle your taste buds with tastings from local and international roasters and enjoy the celebration of caffeine with plentiful food samples. The festival will introduce coffees from different regions across the world alongside presentations from some of the best coffee houses and baristas. La Marzocco’s Artisan Bar will be at the centre of attention for all of your tasting and drinking desires and needs, surrounded by great live music and opportunities to shop. There will be over 200 brands of coffee available with signature food and drink from Turkey.

But the festival isn’t all about drinking coffee. The organisers are offering an interactive festival experience with several workshops and presentations every hour. Industry experts will be on hand to share information about the quality of coffee production. Hailing from Norway, Berlin, El Salvador, Greece, England and the US, these experts will be at the festival, giving one on one professional training on different brewing techniques that you can use at home. Aside from the domestic and international show of baristas, you can attend intimate workshops on roasting, cupping and tasting. 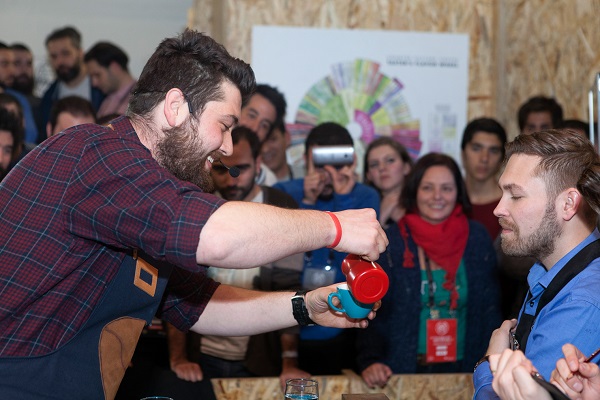 If the one on one training is not something you fancy, there is plenty else going on. You can watch seminars, interviews and films on all areas of coffee production and tasting and you can enjoy taking in the atmosphere as you explore the exhibitions. There will be extensive displays and shopping opportunities from machine manufacturers, farms, importers, merchants, coffee roasters and coffee shops. There will also be the chance to enjoy something other than coffee such as Turkish tea, snacks, chocolate, juices and soft drinks, dairy, baked goods and confectionary, so there really is something for everyone.

Perhaps on a more entertaining note, attendees will also be lucky enough to see the best baristas in the world in action on stage with four incredible competitions. The Istanbul Coffee Festival will host the Turkish National Barista Championship, the Latte Art Championship, the Brewer’s Cup and the Coffee Roasting Championship. Who knew coffee was so competitive!?

Last year, the Istanbul Coffee Festival attracted 30,000 visitors and it is expected to be even more popular in 2017. Visitors are allowed into the complex for four hour sessions, two of which happen each day. Sessions begin at 10am and 3pm and all exhibits, seminars and workshops are available at each session. Have you got your ticket yet? 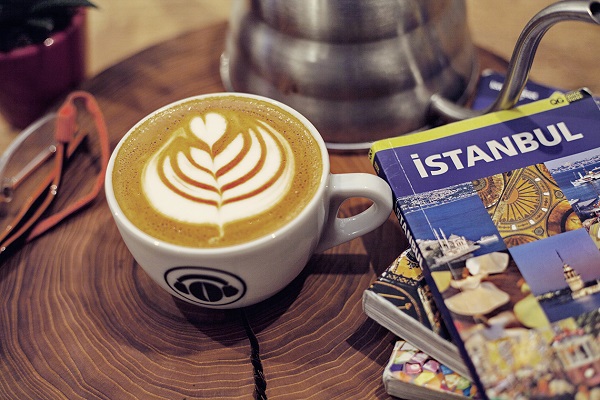 A Little Bit of Coffee Fun

Firstly you need to understand that Turkish coffee is not grown in Turkey. The name of the beverage simply comes from the preparation of the coffee; the way the Ottomans discovered coffee as we know it today over 500 years ago. The Ottomans invented the roasting and grinding of the coffee bean.

Secondly, you need to know how to order your coffee. Turkish coffee is not served with milk or sugar, in fact you will be frowned at and scorned if you ask for either! You make the decision of how sweet you want your coffee when you order it. There are four strengths of sweetness to consider; no sugar, little sugar, semi sweet and sweet. The reason you decide when ordering is because the coffee, sugar and water are mixed and then cooked together. 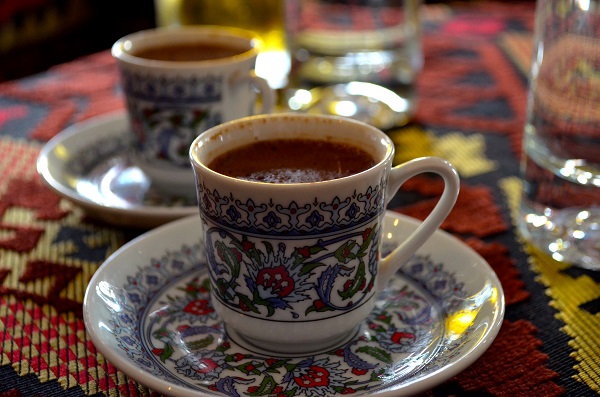 Next up, when you receive it, take your time and whatever you do, don’t stir your coffee! When your coffee is served straight from the pot, the mixture contains all of the ground coffee beans that were used to create the drink’s aroma. You need to give the grains time to settle at the bottom of your cup. If you decide to stir your coffee, you will encourage the coffee beans to whirl around your coffee cup once more and you will just have longer to wait. This is why you don’t add sugar!

Your coffee won’t go cold. Over the past 500 years, the Turks have created the best possible system when it comes to coffee drinking, allowing you to savour and enjoy every last drop without having to rush it. Turkish coffee come with a foam on top which seals the temperature from the top. The coffee granules of Turkish coffee make the coffee much thicker than European coffees, which in turn contains the heat. As the grains sink to the bottom of the cup, this forms a sludge which protects the heat from the bottom of the cup. If that wasn’t enough, some coffee houses will serve your coffee filled porcelain cup filled with a copper case, meant to protect heat escaping from the sides. You are covered at every corner!

A Turkish coffee may be small, but it is not an espresso. Don’t be tempted to gulp it down, enjoy it little sip by little sip and enjoy the taste. You may taste a bitterness at first, but as your palate adjusts itself, you will soon savour the hits of spice and chocolate.

When you reach the coffee sludge at the bottom of the cup you should stop drinking, otherwise your mouth will be greeted with the most unpleasant taste of solid coffee beans which are not meant to be consumed. The sludge at the bottom of your cup is also traditionally used to tell your fortune too. By turning your cup upside down on the saucer and letting the coffee rides cool and slide, you will be creating a pattern which will allow some to tell your fortune.

Lastly, drink a glass of water when you have finished to refresh your palate and don’t be tempted to order another as this is against tradition. You are only supposed to enjoy one at a time!