The Turkish tourism industry has undoubtedly taken a knock in recent years, and while statistics for 2017 do not predict any record-breaking numbers, it has still performed a lot better than people expected, and hopes are high for 2018.

Reaching peak numbers in 2014, the Turkish tourism industry suffered a variety of setbacks afterwards including a spat with Russia which resulted in a travel ban. Occurring at the end of 2015, worse was yet to come when an attempted coup, a civil war in neighbouring Syria and a series of bomb attacks caused holidaymakers to question the safety of the country.

However, statistics for 2017 show that the Turkish tourism industry is slowly rebounding and confidence from several major travel companies as well as airlines are slowly bringing tourists back. The Turkish tourism industry is 100% resilient, and while the drop in figures may seem daunting, it is important to point out that over the last ten years, it grew dramatically to become the sixth most visited destination in the world.

To the relief of many, relationships with Russia have resumed, and this is good news for its citizens who are proven to prefer Turkey as an ideal holiday destination because of the price, quality and easy travel distance.

Mainly preferring the Antalya region, the Russia tourism federal agency has said that Turkey can expect steady numbers for the rest of 2017 and record figures for 2018 because they have hopes to reinstate the visa-free travel benefit that was previously in operation.

Russia is not the only country showing confidence in Turkey. The British ambassador in Ankara has predicted a return of earlier record figures for British holidaymakers who prefer the many coastal beach resorts of the Aegean and Mediterranean coasts.

Relying on the data from British tour and travel companies, he said 2018 sees Turkey once again, becoming a top beach destination for British travellers. Airlines like Jet2 have doubled their capacity, and companies like Thomas Cook are also buying brand name resorts to satisfy the demand.

Part of the dedication of British holidaymakers to Turkey is because many are repeat visitors to the same resort and even hotel, year after year. Turkey also has a large British expat population that despite all the turmoil and disastrous events decided just to weather the storm.

2018 and Plans for the Turkish Tourism Industry

As well as being resilient, the Turkish tourism industry’s key strength is diversity. Rather than relying on one nationality to make up the tourism revenue, they reach out to various countries with the hope of mutual relationships and promotions.

They have a stronghold in the European, Russian and British markets, and Islamic tourism is also on the rise in the northeast with several Arab nationalities going one step further to buy property in districts like Trabzon on the northeast. 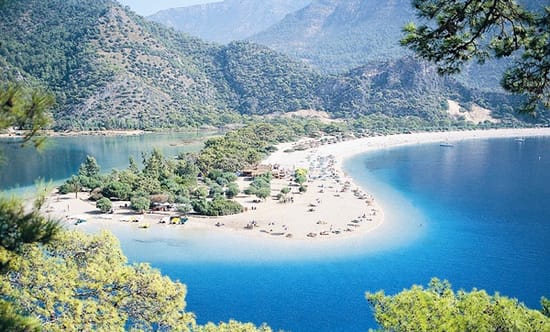 However, their current plans are to target far east countries such as China, Malaysia, Japan and India to name but a few. China has already declared 2018, the year of Turkish tourism, an agreement that also sees Turkey aiding China with their one belt, one road project.

They have also targeted the Indian market by offering incentives to filmmakers to shoot on location in Turkey. Luxury Indian wedding packages are also growing in popularity especially in the Antalya region that houses some of the country’s most luxurious hotels.

Within the next ten years, Turkey wants to be within one of the top three destinations for tourism in the world. It is undoubtedly a tough target to reach, but the country has a variety of attractions including historical landmarks, natural spa and wellness centres, a growing health tourism industry and of course, the culture and cuisine that has earned worldwide recognition.

Turkish tourism industry experts are predicting that by the end of 2017, 31 million tourists would have visited the country bringing in revenues of 25 billion USD. This result is down 9 billion from the record 2014 figures but don’t write Turkey off just yet, because the Turkish tourism industry is still pushing towards record-breaking statistics and many are expecting to see 2018 rebound to its earlier spectacular performance.