BLOG Top 5 Things To Do When You Visit Kalkan


Enjoying a central position on the Turkish Riviera, Kalkan has developed a reputation as one of the area’s more sophisticated resorts. Aficionados return year after year to enjoy its unique blend of modern comforts and traditional surroundings, while Kalkan’s hillside geography makes for stunning views across the Mediterranean coastline.

The town has plenty to offer, whether you’re coming as a couple, a family, or with friends. A cut above the usual ‘sun, sea and sand’ destinations, it quickly steals your heart. Many regular visitors choose to buy their own holiday property in Kalkan or plan to move there on a permanent basis. You’ll soon understand why.

Kalkan is the ideal place to revel in some much-needed relaxation, or as a base to discover the wider area. It just depends how active you want to be. Don’t feel you need to rush around and do everything at once, though – once you discover Kalkan, you’re bound to come back.

The old part of town nestles at the foot of the Taurus Mountains, where you’ll find cobbled streets, authentic shuttered buildings, and a picturesque harbour. Stroll along the harbour wall to the lighthouse or explore the winding streets with their mix of Turkish and Greek architecture. There are traditional craft shops, beautiful gifts and, of course, a mouth-watering range of places to eat and drink. Indulge in delicious meze, local fish and seafood dishes, or at the very least a cocktail or two. Find your favourite rooftop restaurant and take in the views while you eat – it’s a treat not to be missed.

Further up the hillside is the new town, Ortaalan. Here are more modern shops for everyday needs, as well as the town’s bus station; Kalkan has a thriving community all year round. The weekly market is held on Thursdays, when those from the outlying villages come into town to add to the bustle. Wander the stalls and haggle for everything from fresh spices to leather goods and homewares. 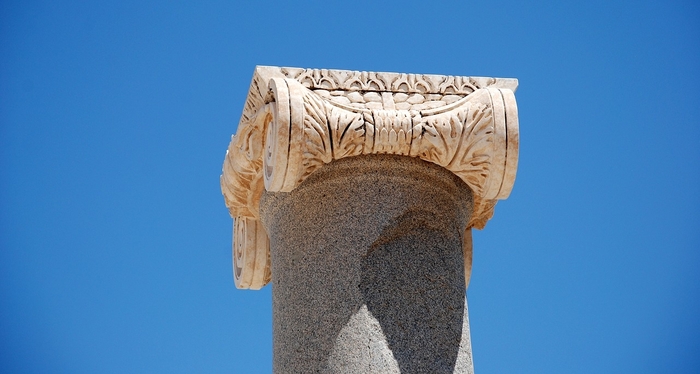 Step back in time

Turkey’s history is a rich and fascinating tapestry, and there are numerous ancient sites and ruins to help you learn more.

Xanthos and Letoon are both UNESCO world heritage sites. The former dates back to 4BC and was the capital of ancient Lycia before the Persians, Greeks and Romans took their turn at commanding the area. In Letoon, you can see the Temples of Leto and her children, Artemis and Apollo.

Patara is said to have been founded by Patarus, one of Apollo’s sons. Excavations are still ongoing and have already yielded a huge theatre, Roman baths and a parliament building. Much of the stonework is in surprisingly good condition, making it a rewarding experience.

Around an hour’s drive from Kalkan is Tlos, one of Lycia’s main cities, with key features including a fortress, rock tombs and agora. A similar distance along the coast to the west is Myra, another significant and ancient city. 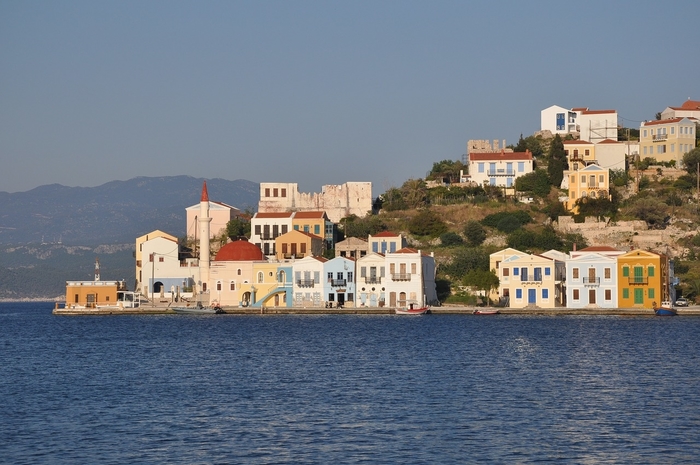 Hop over to Greece

Just two kilometres off the Turkish coast lies the Greek island of Meis, also known as Kastellorizo. Its official name, Megisti, is rarely used but means ‘biggest’ or ‘greatest’. However, Meis is just 11.98 square kilometres, making it the smallest of the Dodecanese.

Daily ferry trips lasting around 45 minutes run from nearby Kaş, giving you chance to spend several very pleasant hours on the island. It’s truly charming, with colourful buildings, a small museum and breath-taking scenery. Keen walkers will enjoy hiking into the hills – an activity best avoided in high summer – while others will prefer to sit at one of the picturesque harbourside tavernas and watch the loggerhead turtles that inhabit the waters.

Take a speedboat to St George’s Island, a small outcrop with its own beach and restaurant, before going on to the beautiful Blue Cave; the name speaks for itself, and it’s a natural wonder worth seeing.

You’ll be spoiled for choice when it comes to planning a lazy beach day. Kalkan’s own beach is pebbly with crystal clear water, perfect for snorkelling. It enjoys Blue Flag status and is handy for facilities, making it a good family choice.

Go along the coast road towards Kaş – a treat in itself – and you’ll come to Kaputaş. This enchanting cove is a mix of shingle and sand, with turquoise water lapping at the shore. Don’t let the steps put you off – you’ll need to go down 180 or so to reach the beach, and of course climb them again afterwards – because it’s one of the most beautiful places you’ll visit.

We’ve already mentioned Patara as a historical feature, but the beach is equally special. Set in a national park, it’s Turkey’s longest beach with sands stretching for around 20km. Each year, loggerhead sea turtles – Caretta Caretta – return to breed so it’s also protected. Be sure to follow the rules and be sure you don’t disturb them during nesting season.

Take to the water

Daily boat trips will take you along the coast, allowing you to relax on board while you discover the area from a fresh perspective. Many visit the sunken city of Kekova, where you can marvel at the underwater ruins, as well as including numerous swim stops and a delicious barbecue lunch.

If you prefer to be more active, you might want to try scuba diving. Beginners are catered for in the shallower waters, while experienced divers can book private trips to explore local marine life and a number of underwater shipwrecks. There are some 15 dive sites in the area, while Kalkan is also a great spot for snorkelling enthusiasts.