A recent report circulated by an international establishment shows the proportion of online shoppers in the leading 8 developing countries doubled between 2011 and 2016 to 31 percent. Results based on same survey also identify Turkey and India as the countries with the highest rate of increase.

While e-commerce has shown strong growth in developing countries, Turkey and India are observed to have taken their places among the fastest growing markets in the industry. According to said report, annual online spending (currently under $ 1 trillion) in developing countries is expected to reach $ 2.5 trillion by 2025. Experts forecast Turkey to rank among the “top group of countries” where consumers are expected to increase their spending on the internet, fastest. 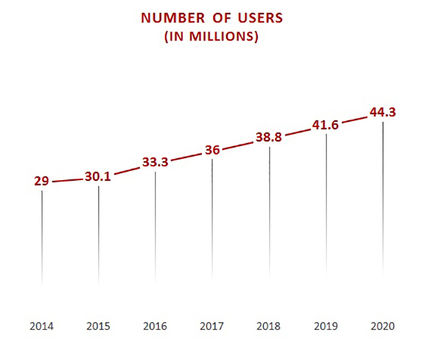 TURKEY AMONG TOP GROUP OF COUNTRIES IN E-COMMERCE

According to said study the rate of online shoppers in the leading 8 developing countries doubled between 2011 and 2016 to reach 31 percent. Turkey and India were identified as the countries with the highest rate of increase.

The survey, which includes Brazil, China, Russia, India, Indonesia, Mexico, South Africa and Turkey, shows that a consumer culture has started to emerge in developing countries and that 10 per cent of the surveyed households have switched to middle income levels in the last three years. The consumer base has risen to 1.25 billion. Research showing that differences in spending habits are beginning to emerge in these countries draws attention to the expectation that there will be a huge leap, especially in online spending.

While the biggest market is China in terms of online shopping size, the fastest growing countries are India and Turkey. The rate of consumers who preferred online shopping has reached 32 percent today, from 19 percent in 2014. 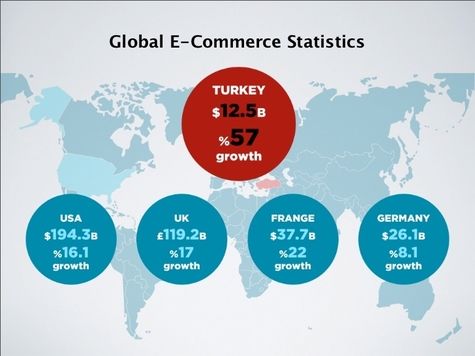 EXPERTS FORECAST A MARKET SİZE OF US$ 2.5 TRILLION

One of the most influential factors to increase online shopping is the increased internet access facilities globally. According to the survey, 80 percent of the adult population in Turkey has internet access which certainly contributes to above mentioned findings. On the other hand, we should not fail to consider the contribution provided by the development of smartphone technology used for internet access.