The Istanbul area of Turkey is one of the world’s greatest destinations. The combination of its old area with its ancient history is in striking contrast to new vibrant business districts. The wonderful climate has made Istanbul a year-round destination and visitors can enjoy historic sites as well as the vibrant nightlife and designer shopping of Turkey’s largest city.

Autumn and winter months are perfect seasons to enjoy many historic buildings and stunning architecture. Some iconic landmarks include the Hagia Sophia, a former church, and later a mosque. This is now a museum and a great architectural beauty.

The Blue Mosque is one of only a few in the world with six minarets and is still a place of prayer. A short ferry ride away is where you can explore peaceful Uskudar district and the legend-laden Maiden Tower set on an islet. No matter where you go, there is always something to see and do.

Guide to the Istanbul Area of Turkey

How Many Districts Are There in Istanbul?

39 official districts spread across the European and Asian sides break down into over 900 neighbourhoods. Around 10 years ago, the population of just over 15 million people, started expanding into outskirt districts, and the city is also promoting itself as a major hub of finance, business, education, tourism and economy, so this figure looks set to grow over the next ten years.

Istanbul has two airports. The new airport that when complete in 2023, will be the world’s biggest air travel hub and serve over 150 million people every year, replaced European Ataturk Airport that closed in 2019.   The second, Sabiha Gokcen on the Asian side about 30 kilometres south east of Kadikoy’s ferry dock is also a major travel hub.

Otherwise, if arriving by sea, do so at an official entry port, while for car drivers, massive infrastructure work by the Turkish government has improved road access in and out of the city including a new highway running to Izmir, that cuts journey times down by half.

From designer stores to bustling markets, Istanbul is a shopping paradise. Must visit markets include the Spice Bazaar, a bustling gastronomic utopia where you can pick up dried fruits, nuts, spices, olives, Turkish delight, and oils. With over 3,000 shops, the Grand Bazaar is one of the world’s largest covered markets and a place where you can have fun grabbing a bargain.

Each district still holds traditional weekly markets, which are a great place to buy fresh fruit and vegetables, but the city is a shopping mall Mecca. Famous outlets include Mall of Istanbul, Forum and Istinye Shopping Park Centre that are shopping, dining and entertainment centres under one roof.

Eating out and Nightlife

Istanbul has everything you want in terms of food. From sophisticated fusion restaurants to traditional food stalls serving street foods, there’s something for every taste and budget. Notable restaurants include Leb-i derya in Tunel or a more traditional option at Ciya in Kadikoy.

For parties, there’s no better way to enjoy night-time than at one of many rooftop bars. The 5 Kat restaurant offers Bosphorus views or take the elevator up to 360 Istanbul for cocktails to marvel at the city’s skyline.

Transport and Getting Around Different Areas

Istanbul is a busy city but initiatives to help ease congestion are making a big impact. This includes the Marmaray Tunnel Link, which is part of a billion-dollar infrastructure programme. It opened in 2014 and links Asia to Europe under the Bosphorus waters.

With a new railway, underground and metro linking the centre and Asia to new regeneration areas such as Bahcesehir, Beylikduzu and Halkali in less than 30 minutes, there are lots of demand for property. Add to these three Bosporus bridges linking both continents and the city is enjoying plenty of investment.

Out of both continents, the European area garners more fame and attraction than the Asian side. This is because it's home to the Sultanahmet and Beyoglu districts named new and old parts.The Golden horn separates both, while the Bosphorus straits separates them from the Asian Side.

Other prominent districts for tourism include Besiktas and Ortakoy. Meanwhile up and coming districts for real estate include Bakirkoy, Beylikduzu, Bahcesehir, Esenyurt, Kucukcekmece, Buyukcekmece, and Sariyer, an upmarket destination with many millionaire homes.

The Asian Area of Istanbul

Both Turks and international tourists have ignored Asian Istanbul for many decades, yet as the internet advanced and travellers got more curious, its profile rose. Thanks to excellent transport links, it’s also a good place to live and commute to the European area.

Also called the Anatolian area, some neighbourhoods like Kandilli, Beylerbi, Bostanci, Pendik, and Beykoz are rising in popularity but, it is Uskudar and Kadikoy that capture the most attention. Uskudar’s excellent ferry network links with the other side make it the main travel hub, while Kadikoy, is where leisure, nightlife, and shopping shine through.

The 14-kilometre Bagdat Avenue is the Asian area’s main street and some travel writers have even compared it to Rodeo Drive in the USA. Home to millionaire homes and upmarket brand boutiques, this is an area with self-indulgence at the forefront of society.

Things to Do in Istanbul

Tourists in Istanbul have many things to do. As well as exploring the popular Sultanahmet and Beyoglu district, going further afield throws out many opportunities for fun. Balat and Fener are two neighbourhoods for local, cultural exploration. Steeped in Armenian, Jewish and Greek history, it gives you a chance to see how the locals live.

Favourite places to shop for souvenirs and get an introduction into time-honoured shopping practises include the Grand Bazaar and Egyptian spice market.

To marvel at historical mosques, after being amazed at Sultanahmet, find the UNESCO Suleymaniye Mosque. The Eyup district that was the first Ottoman settlement outside Constantinople’s old city walls is also home to a stunning 15th-century mosque of the same name. While you there, take the cable car up to Pierre Loti Hill, for a marvellous view over the golden horn. It is one of the best landscape views of the city.

For a themed visit in search of Istanbul’s most prominent mosques, follow the seven hills. The city was built on them to replicate Rome and prove its growing power. On each hill, churches were built but when the Ottomans invaded, they converted them into mosques.

Locals adore green parks during April when the annual tulip festival brings a splash of colour to an urban lifestyle. Yildiz park in Besiktas, Gulhane Park in Eminonu, and Demokrasi park in Nisanti are three popular choices but there are hundreds and you will find one near you, no matter where you stay.

A day set aside to explore the Princes Islands, in particular, Buyukada is to sense nostalgia for the Ottoman days. Get there by ferry for a chance to travel as locals do. You can also use ferry services to explore several charming Bosphorus villages including Arnavutkoy, Bebek, Kilyos, and Cengelkoy. Places like the first are renowned for their old Ottoman architecture.

Top family theme parks include Miniaturk, that is home to miniature, famous landmarks from around Turkey and for kids is a great introduction into the country. Otherwise, head to Istanbul Aquarium to see its many marine life themes.

A popular activity is cruising the Bosphorus and there are two ways to do this. The first is via a themed night with dinner and live entertainment. The second, which is budget travellers’ favour is to book a ferry ticket and the bonus of doing it that way is spotting the magnificent yali mansions and Ottoman palaces on the Bosphorus shorelines.

Yali mansions are Turkey’s most expensive real estate market with some selling for as much as 90 million USD. Built by Ottoman royalty and elite members of society, and made from wood, they display a distinct architectural style no longer used, hence their protected status.

Notable mansions to keep an eye out for include Zeki Pasha, Hekimbasi, and Erbilgen. While Ottoman palaces to spot include Beylerbeyi, Kucuksu, and the Ciragan that is now the five-star Kempinski Hotel.

For both Turks and foreign buyers, Istanbul is Turkey’s top destination with thousands of apartments and villas sold every month. Real estate investors, keen to follow the progress of mega projects like the planned route canal and the new airport’s final completion also look to the city for long term capital appreciation. Whether you want an off-plan, key ready, resale, apartment, villa or business premises, the market delivers plenty of choices.

As a Turkey wide estate agent, we’ve walked thousands of customers through the Turkish property buying process and can answer questions you may have. In the meantime, see our portfolio of apartments and villas for sale. Each listing includes photos, property description, area information, and an enquiry form to find out more or book a time and date for viewing.

More About the Istanbul Area

Our Istanbul area guide continues with a wealth of articles talking about what to see, where to go, and highlights. We also highlight prominent districts and local news that will interest anyone visiting the city for the first time. Read them all in our Istanbul blog archives here. 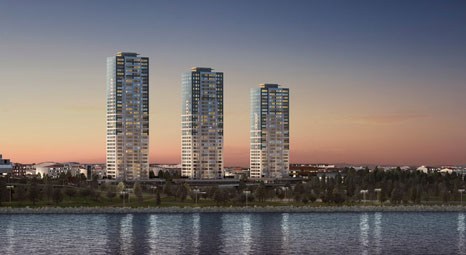