One reason travelling around Turkey is not only fun but also educational, is the assorted styles of architecture throughout the country. The diversity is mind-boggling from the whitewashed houses of the Aegean coast to the wooden, platform stilt houses in the Northeast.

Let’s not forget the ancient cave churches of Cappadocia, carved by man and also the Greco-Roman cities like Ephesus and its landmark Celsus Library and Roman terrace houses.

The variety is not unusual because throughout history, various civilisations have ruled these lands and they all left their mark. However, two styles of architecture are especially well respected in Turkey, and they are Ottoman and Seljuk.

The Ottomans excelled at many things including constructing landmark buildings that instantly captured the eye and earned untold admiration. Many other styles including Islamic and Byzantine architecture influenced them, but they went on to form their distinctive look that earned them a permanent place in architectural history books.

Some of their best masterpieces still standing today include palaces, water fountains, and bridges but admiration focuses more on their mosques with intricate designs most befitting a place of worship.

Although their reputation for amazing architecture, started in the 14th century, when they were dominating rulers of Bursa and Edirne, it was to be many years before they constructed the buildings that still stand the test of time even now. 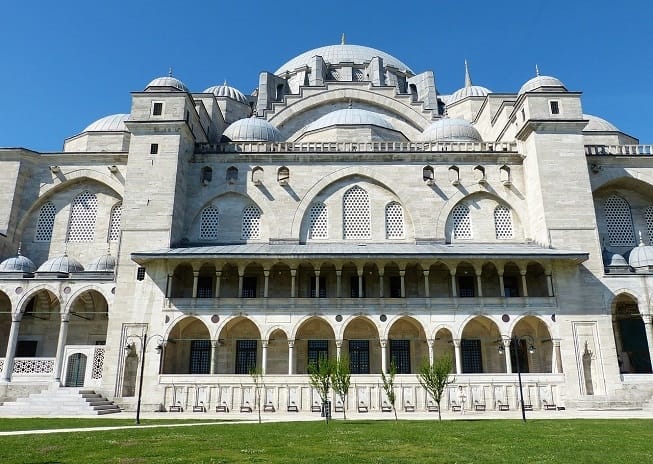 More importantly, out of all the Ottoman architects, it is Mimar Sinan who achieved fame, and worldwide respect. His groundbreaking work of the 16th century, as the chief royal architect for three sultans, kept him in favour.

Credited with constructing more than 300 buildings, his legacy lies with the UNESCO World Heritage Suleymaniye mosque in Istanbul. His influence during that time and for future generations to come is undeniable because many of his apprentices went on to construct marvellous buildings throughout lands ruled by the Ottomans.

The difference between Sinan and other architects of his era is that Sinan knowingly influenced trends. Rather than relying on the traditional model that was just domed, he always pushed to build the best landmark he could while keeping practicality and safety as key concepts.

After Mimar Sinan, the advancement of Ottoman architecture ground to a halt. Although many tried, no-one surpassed his level of excellence. Mimar Sinan had indeed created a legacy that not even the sultans could dream of. 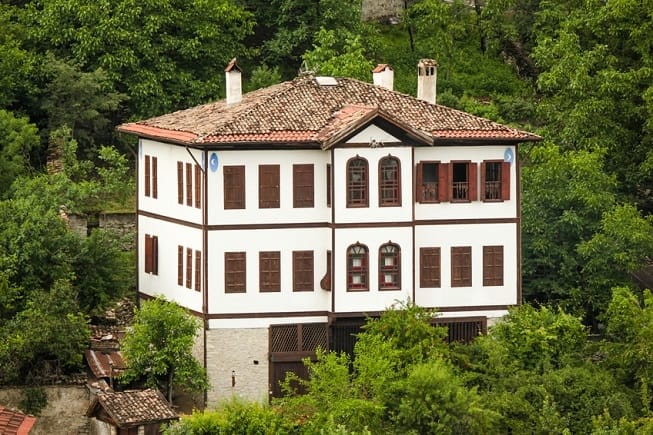 The best place to see Ottoman architecture in Turkey is the old district of Istanbul, holding the Sultan Ahmet Blue Mosque as well as Topkapi Palace, their first home when they invaded Constantinople.

After you have seen that, head to the Besiktas district, to see the Dolmabahce Palace.This was the last home for the Ottoman Dynasty before they were disbanded but the baroque and western style architecture shows the difference in styles between the 16th and 19th centuries.

Getting away from the grandeur of the sultans, small villages like Beypazari and the UNESCO World Heritage site of Safranbolu displays Ottoman architecture of the lower classes of society. Likewise, UNESCO also added Bursa and the houses Cumalikizik to their heritage site list on the basis, that it perfectly displays rural Ottoman living during the 14th century onwards.

Before the Ottomans rose to power, the Seljuk empire was incredibly powerful, ruling many countries across the Middle East and into the heartland of current day Turkey. They too liked to build massive and elaborate buildings of which many still stand today.

Many historians say the Persians, Byzantine and Armenian style of building highly influenced them, yet their style is distinctive and certainly stands out. They are widely known for having left their mark in Konya city, and the easiest way for any traveller to see examples of their handiwork is to explore the caravanserais on the roads around it.

These buildings were resting places for travelling salespersons so were strategically placed along roads, at the estimated time that a person could travel in one day, roughly 30 kilometres. Quite a distance considering they did not have motorised vehicles.

Tall doors, with elaborate décor, offered safety for the residents because, in those days, bandits were rife. Entering inside, various rooms led off the courtyard including a prayer room, eating, sleeping and washing quarters as well as a section for animals. The larger and busier caravanserais also had blacksmiths, vets, tailor and cobblers, so no person’s journey was delayed because of misfortune.

The caravanserais are so well respected in the historical world that 40 of them sitting on the road from Denizli to Dogubeyazlt are now on UNESCO World Heritage tentative list. Offering people, a place to eat, sleep, wash and prayer, their purpose harks back to the days of nomadic lifestyles.

If you are in Cappadocia, just on the outskirts of Goreme town centre is the Saruhan caravansary, with a stunning and elaborate entrance. Although the building now has two colours of stone because parts of it were reconstructed, it displays traditional Seljuk architecture perfectly!