“Expo Turkey by Qatar” Fair' held in Qatar, brings Turkish construction industry and Gulf investors, together. Industry representatives from all over the world as well as the Gulf States and Arab investors in particular, strengthen relations between the two countries.

Professionals in the Turkish construction industry say the sector will have a clearer picture of the future now that the referendum is over and it is time to focus on economy again. They emphasise the main target should now be to improve the economy as well as stability of the country. 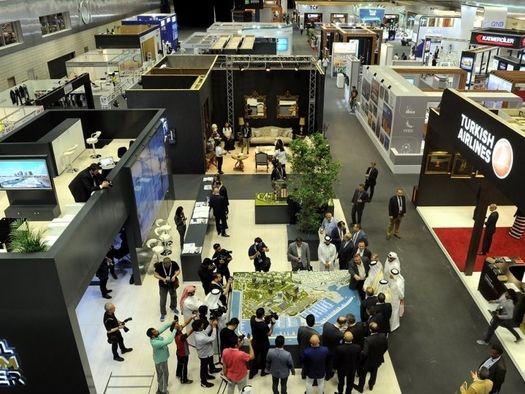 The sector representatives explain that they have been participating in Dubai and MINIM fairs for three years. They point out that sales to foreigners have been much easier for the last for years now thanks to removal of some restrictions in regards. Therefore concerned companies in the sector plan to realise a more effective real estate sales performance in the periods ahead. The Turkish government has started to provide various opportunities in this direction such as “citizenship rights” and some considerable tax exemption advantages for foreign buyers provided they bring their money to Turkey as foreign currency etc. The sector executives believe more foreigners will be interested in buying real estate in Turkey now, and particularly a lot of potential buyers in Gulf countries who already know much about Turkey and would not have a hard time to adapt to life in this country.

Qatar for instance as well as other countries in the region has very good relations with Turkish government and President Erdoğan in particular. Based on requests and inquiries received from this country as well as other Gulf countries a considerable interest to buy property in Turkey is observed.

Now that the referendum is over with a result desired by the government in power the future for the sector is considered to be promising. Before the referendum countries in the region were a little concerned and cautious about eventual impacts of the results to be obtained in the referendum which in return led to postponements in decision making to purchase property in Turkey. But experts say that expectations have risen again, as political situation seems to be more stable in the country, now.