NEWS Life with Trump in Turkey

Last week the American elections sent shockwaves around the world as a business tycoon and reality TV star with no political or military experience became president-elect of the most powerful country on earth. Almost nobody saw it coming, with governments and citizens across the globe believing that former president Bill Clinton’s wife Hilary, who had topped the polls across America, would make it through the elections with a landslide victory. Donald J Trump defied all odds to prove that America is yet another nation of the world that is desperately seeking change.

While most Turks agreed with the belief that a Trump presidency would never happen, Turkish support of the two presidential candidates was highly debated. Now that we know that the ‘Apprentice US’ star is to lead America politically and militarily for the next four years, the real question on everybody’s mind is how his leadership will affect Turkey and the rest of the Middle East. With war in Syria and the fight against terrorism still a major factor in world events and with Turkey’s close proximity to these issues, the influential power of US foreign policy is certainly on everybody’s minds. Also to be considered is the ongoing issue of America’s possible extradition of Fetullah Gülen, Turkish preacher, political figure and leader of the Gülen movement, believed by Erdoğan and his government to be behind July’s failed coup.

On one side of the coin, the fact that Trump has shown a great interest in banning Muslims from entering the US, even temporarily, is bound to have stiffened some backs in Turkey. Although Turkey is considered to be a secular state, 98% of the population are Muslim and many have surely taken offence at his intentions. In fact, back in June, the Turkish president accused the Republican of Islamophobia and called for Trump’s name to be removed from a franchisee’s towers in Istanbul’s business district, believing that he “has no tolerance for Muslims in America”. Trump has become the face of the US that Islamists in Turkey love to hate, so why are pro-government outlets supporting him?

Turkish newspapers, and in particular pro-government media, have taken a liking to him and showed a high level of support for him during the election process. Many journalists and government officials actually believed that Trump was a far better choice than Hilary Clinton. Daily Sabah columnist Mehlih Altinok even wrote an article headed “What has Trump ever done to you?”, which clearly showed support for the property tycoon. As far as Erdoğan’s government is concerned, there is much more for Turkey to gain from a Trump presidency. Hilary Clinton immediately became a villain when she stated that she would continue US support of the Democratic Union Party (PYD), the Syrian affiliate of the Kurdistan Workers’ Party (PKK), considered terrorist organisations by the Turkish government. Turks began to question whether the US was really an ally at all.

Trump’s presidency has the potential to work well with Erdoğan’s government as they have many ideologies in common. Trump believes that NATO is obsolete. Turkey has been a long time ally of NATO, but sees the alliance as a Christian club that often works against Turkey’s interests. They prefer bilateral relations with countries like Russia, which are based on limited common interests rather than shared values. The relationship between Turkey and Russia has been strained recently to say the least. While things are certainly on the mend, the Turks like Trump’s relationship with Putin and only see this as a positive for their reconciliation.

Turks are also considering that at the end of the day, Donald Trump is a businessman, not a politician. According to US law, Trump will have to give up any connections to the Trump Organisation during his presidency, however his son Eric and daughter Ivanka will be heading up his empire. While much of the world are wondering how Donald Trump will effectively consider his position as president and his multi-billion dollar businesses as separate entities, Turkey will be hoping for Trump to want to keep business relations favourable in Turkey. Trump Towers in Istanbul does still exist and it doesn’t appear to be losing Trump’s name any time soon. 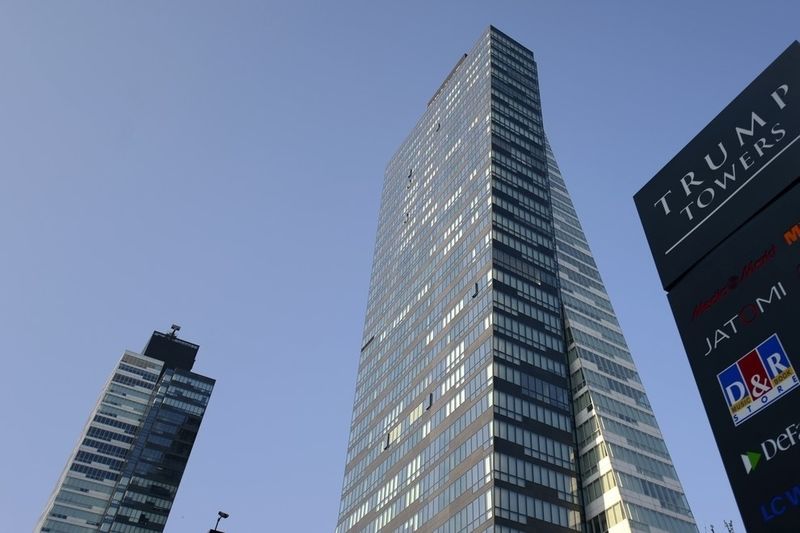 Inaugurated in 2012, the twin towers bearing Trump’s signature are located in Şişli, the business district of Istanbul. They are each 155 metres high and are a prominent fixture on the city’s skyline. One tower is home to many European and Asian companies, including the largest wine collection in Turkey, a shopping centre sporting 80 shops, 35 cafés and restaurants and a multiplex cinema. The other is a high end residential complex containing luxury apartments. Turkish billionaire and property developer Aydın Doğan had the twin towers built and pays Donald Trump for the honour of having his name associated with them as part of a license partnership. Will this business connection pave the way for friendly and even beneficial relationships between Turkey and the US? 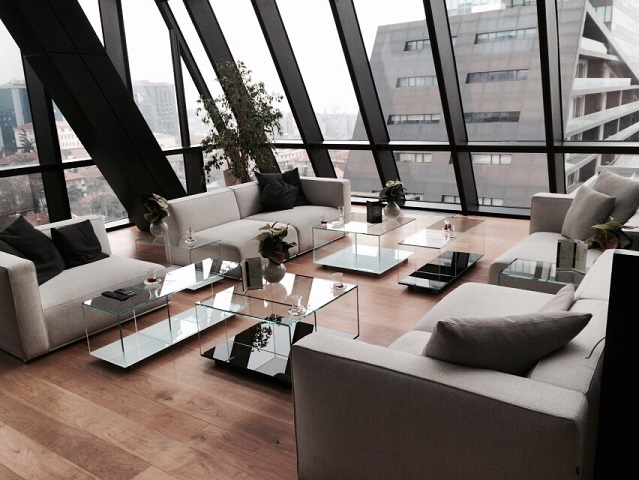 Trump is making history all over the world and you can have a piece of his success through Turkey Homes. Take an inside peek at what Trump Towers Istanbul has to offer property investors right here and please don’t hesitate to call us here at Turkey Homes if you are interested in getting in on the action. This man is about to become the president of the United States, there is no better time to invest in a part of his property empire!