At the turn of the century, when Turkey changed their real estate laws to allow foreigners of certain nationalities to purchase property in the country, they must have been aware of the influx of buyers it would bring. Property prices were incredibly low, and thousands of foreigners rushed to obtain their dream home in the sun. Fast forward to 2016 and many expats have settled in the country permanently.

Enjoying a healthy, relaxed lifestyle along with copious amounts of sun, sea, and sand, Turkey has small and large pockets of expat communities stretching across the country but mainly focusing on the Aegean and Mediterranean coasts. A majority have chosen popular holiday resorts for relocation because of two main reasons.

The first is that in these districts, English is widely spoken therefore it is possible to enjoy a decent lifestyle without learning Turkish. Many expats would like to do so, but unfortunately, it is a known fact that the older we get, the harder it is to learn a new language. The second reason is that should their lifestyle change; there is always the possibility to turn their home into a buy-to-let source of income since tourists often look for places to rent because of the rise in popularity of self-catering. However, what are the most popular places for expat living in Turkey? 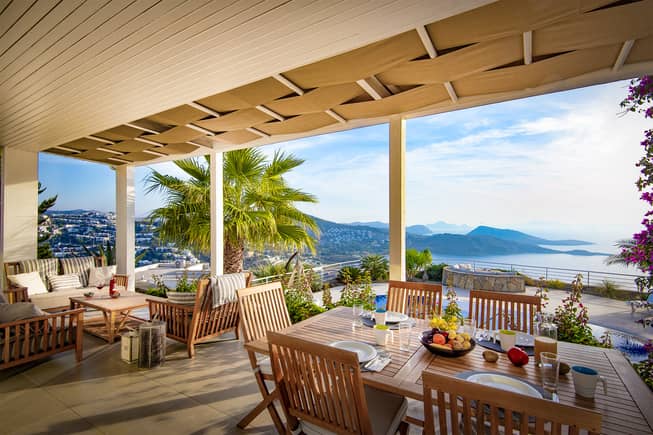 Cosmopolitan Yalikavak and the Bodrum Peninsula

For some long-term expats in Turkey, buying property in Yalikavak turned out to be a shrewd investment when the completion of a new luxury marina that can hold mega yachts boosted the average property value across the resort. These days, locals enjoy a wealth of facilities and amenities and modern trends as businesses aim to attract the attention of wealthy yacht owners.

On the surface, it may seem like Yalikavak is all glitz and glamour but much of the former old village remains, therefore preserving time honoured traditions and culture that some expats seek from their adopted country. Fish restaurants adhere to the concept of Aegean dining alfresco style while farmers at the weekly market sell organic fruit and vegetables en-mass, so it is all about healthy lifestyles as well.

For potential property buyers and expats, Yalikavak has a lot of promise because it has tidily combined the old with new, and modern with tradition to provide a rounded lifestyle. The resort is extremely popular, but expats have also settled in other places along the Bodrum peninsula including Turgutreis, the town centre, and Gumbet, a typically British resort known for its water sports. 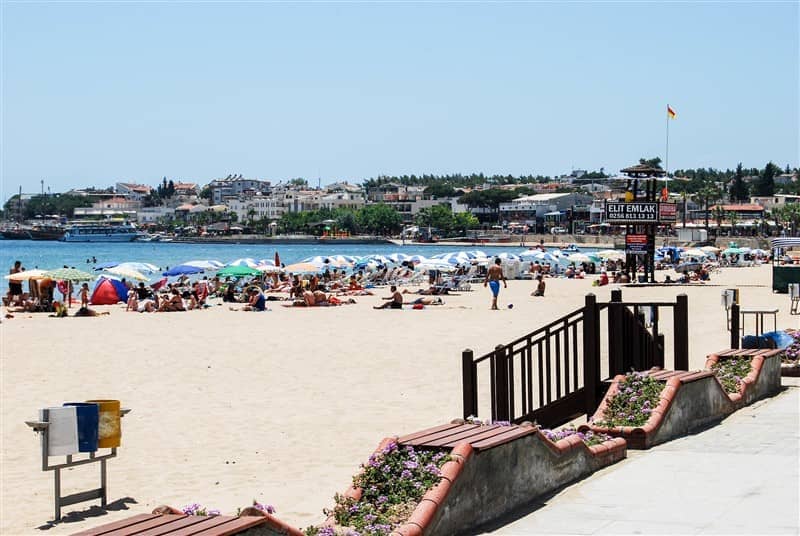 Sitting on the Aegean coast of Turkey, Altinkum and Didim are two villages that have merged because of the high interest from buyers prompting an intense building spree of new properties. Much of the interest in the resort stems from the low prices of properties because, regarding development and infrastructure, Altinkum was a late starter compared to other towns and villages. When the new property buying law for foreigners was introduced, apartments were selling for as little as £18,000, and the price has steadily risen yet is still low, compared to places like the above mentioned Yalikavak.

The trend with Altinkum is that either you love it or you hate it. The mass influx of British expats has affected the local ambience leading it to be nicknamed “Little Britain.” Some people like the home comforts available such as English breakfasts, Sunday dinners, and businesses modelled purely for the Brits, while others prefer places where they can immerse themselves in traditional Turkish life instead. 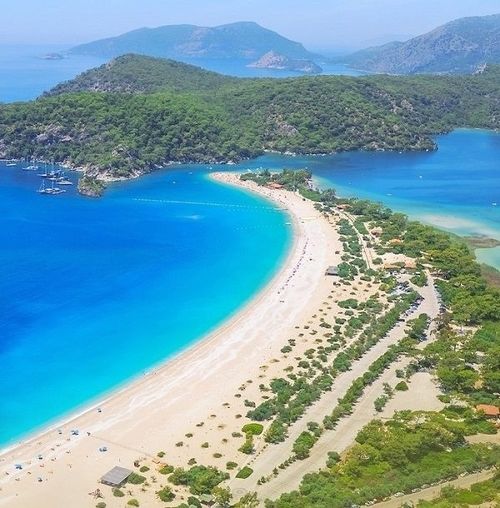 The Fethiye Region: The Gem of the Mediterranean

Including the resorts of Hisaronu, Oludeniz, Calis Beach, and Ovacik, as well as the main city centre of Fethiye, this area has been a favourite expat destination from the start. Property prices are average, which is a big lure, but much of the credit is that the scenic landscape is some of the prettiest in the country.

Backed by the Taurus mountain range and fronted by the cool waters of the Mediterranean Sea, Fethiye is home to the Blue Lagoon, the most photographed beach in Turkey. Further, up the coastline, Oludeniz beach is a protected area by law, so manmade structures have not affected the scenic outlook.

Across the waters, Butterfly Valley, a long canyon known for its butterfly-breeding season likewise adheres to the concept of living at one with nature. A short drive away is Saklikent Gorge, a popular tourist attraction and the Ghost Village of Kayakoy attracts international attention. Life in Fethiye really is about the outdoors and enjoying the beauty of Turkey’s natural landscapes.

Further east from the Fethiye Peninsula, is the Antalya region that stretches for many miles and includes numerous coastal resorts and the city centre. The main difference with Antalya is that whereas other places have mainly attracted British expats, Antalya lures in many different nationalities including Brits, Germans, and Russians.

Starting from the outskirts of the region, luxury villas with scenic views overlooking the bay are the leading property type in the hilly coastal resort of Kalkan. Nearby the small resort of Kas has managed to retain much of its fishing village history while still moving with modern times to become a scuba diving mecca. 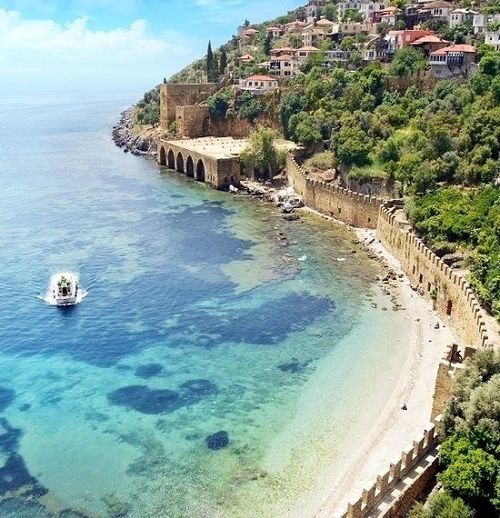 Heading further east along the coastline, Alanya is a highly popular expat destination for this region. The town, with its UNESCO sites awaiting approval, encompasses every type of lifestyle, therefore, explaining its popularity. The nightlife scene is vibrant, adventure sports in the surrounding countryside lure in those who enjoy the great outdoors. Beautiful beaches are perfect for relaxing, and a large population of Turks ensures that it maintains its traditional Turkish ambience.

Other Expat Places for Living in Turkey

The places mentioned above are famous for expat living, but other towns and districts have also attracted expat communities including Istanbul, Marmaris, and Cappadocia. Read more about them, the country of Turkey and see what properties are on the market from our home page.