BLOG 6 Beverages of Turkey That You Should Taste

What are those famous Turkish Drinks?

The saying goes “when in Rome, do as the Romans do,” and the same principle should be applied to Turkey because the diversity of Turkish culture can enhance your holiday. It is easy to experience all things Turkish and one way is by tasting the national beverages of the country. From nonalcoholic to alcoholic to weird and bizarre, some drinks are must-tries while in the country.

Contrary to popular belief, coffee is not the national drink of Turkey but tea is. Called Cay in Turkish, Turks across the country consume galloons of it every day. The national tea company based in Rize on the Northwest coast and called Caykur produces thousands of tonnes every month.

Do not fall for the touristic version of Apple tea though because Turks seldom drink this. Instead, black tea served in tulip shaped glasses and often sweetened with a copious amount of sugar is the preferred version. Local teahouses are men-only environments but tea gardens are suitable if you are a woman or with the family. 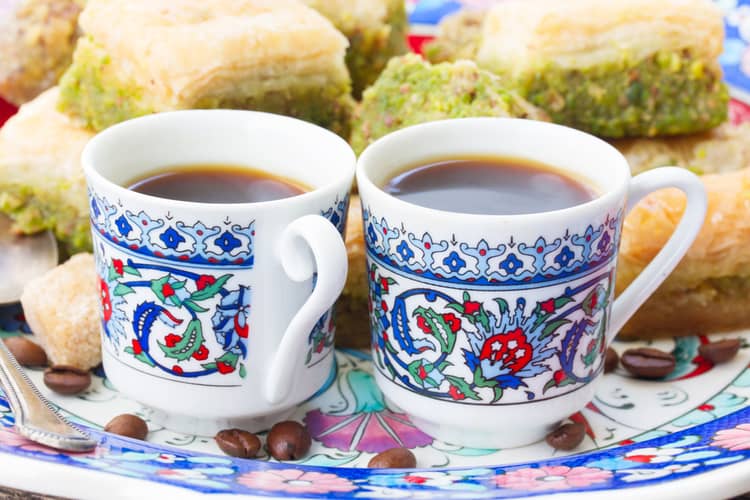 Admittedly not every foreigner enjoys Turkish coffee. A Turkish proverb says that coffee should be “black as hell, strong as death, and sweet as love” and this accurately reflects the thick grainy texture of the coffee served in small cups.

Many foreigners find the taste extremely strong and earthy and admittedly, Turks only drink it occasionally. Speciality coffees include Menengiç, made from the terebinth berry that is surprisingly a cousin of the pistachio nut and not at all related to the caffeine-fueled reputation of normal coffee.

Another is Dibek. Specially made from ingredients ground down using a mortar and pestle, if it includes the words “Fincandan Pisen,” it has been brewed in a cup and not a pot. Likewise, “Osmanli,” means traditional Ottoman methods were used in the brewing process. Therefore, in some places like Gaziantep in the southeast of Turkey, the local tradition is to drink Fincanda Pisen Osmanli Dibek Kahvesi! What a mouthful!

Known as the national alcoholic drink, Raki is remarkably similar to the Greek version of Ouzo, which is no surprise since both cultures are closely connected in history. Where Raki differs, though, is the commonly used addition of water that turns the clear liquid into a milky white colour, hence its nickname of lion’s milk.

On the Aegean and Mediterranean coasts, locals prefer to drink Raki slowly while feasting on a hearty meal. This can be kebabs or mezes but the preferred option, especially in restaurants, is fresh seafood or fish. Made from raisins and grapes, Yeni Raki that has been produced since 1944, is the most widely sold brand and others include Tekirdag and Izmir. Should you decide to try it, definitely sip it slowly because it has a high alcohol content of 40%!

Best served chilled, a favourite of kids and adults is the traditional drink of Ayran that is widely consumed during summer because of its refreshing taste. Made from yogurt, water, and salt, packaged brands are sold all over Turkey but stumble upon a village café and you will most likely be served the homemade version with a large topping of froth.

The history of Ayran stems back to the nomadic Turk tribes and is also found in other cultures such as the Arab countries. Some foreigners baulk at the thought of drinking it once they hear what the ingredients are, but quickly take to it, when eating the national food of donor kebab.

The Weird Ingredients of Salgam

This drink does not win over many foreigners because likewise the ingredients are a weird combination. Translating into turnip water, it is made from pickled carrot that has been salted and spiced, then flavoured with turnip and fermented with ground bulger, therefore, the taste can be moderately hot and sour at times.

Traditionally stemming from the southeastern cities of Adana and Mersin, it is actually extremely healthy and carries a high concentrate of vitamin C. Some Turks prefer to drink it with Raki because they say it dilutes the alcohol while others say it is best drunk the morning after to curb the hangover.

Salep, made from the Orchid Genus flower is a hot, steaming drink, particularly favoured during winter, especially in Istanbul where street cart vendors sell it. Stemming from the Ottoman days, in England during the 18th century, it was widely popular and known as saloop before falling out of fashion, in favour of hot chocolate. Made with hot milk, its core ingredient from the flower is also the same used to make the famous stringy Kahramanmaraş ice-cream.