Consisting of the main city, and smaller coastal resorts, Fethiye has an army of hard-core fans who love and adore the region. Most are holidaymakers who return year after year, but a lot are expats who have chosen to make Fethiye their permanent home. Buying apartments and villas in the resorts of Hisaronu, Ovacik, Oludeniz, Calis Beach, and the main city centre, they enjoy a healthy lifestyle filled with an average of 300 days of sun a year. You may think this is the biggest lure as you imagine days of swimming, sunbathing, and cool summer nights of alfresco dining yet the ideal weather climate is only a small part as to why Fethiye has become a popular expat destination. 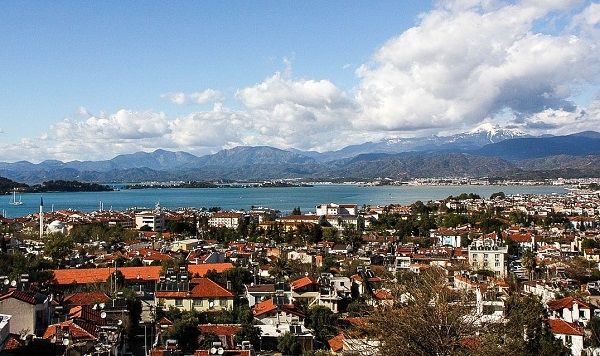 Why Expats in Turkey Love Fethiye

1: There are Plenty of Things to Do

Fethiye is one of the top spots for tourism in Turkey, and much credit goes to the vast range of activities to do and see as well as places of attraction. As the finishing point of the Lycian way, a 516-kilometre walk from Antalya that covers numerous historical ruins, outdoor trekking, and walking is a favourite pastime. Likewise, Fethiye is a major hub of the Turkish Riviera and unlike its counterparts of Bodrum and Antalya uniquely caters for budget travellers by offering cheap cabin charters. The Blue Voyage cruise routes of the Turkish Riviera take passengers to places like Gemiler Island, once suspected to be where Saint Nicholas (Santa Claus) stayed.

Major places of attraction include the Blue Lagoon, the most photographed beach in Turkey, the ghost village of Kayakoy that is internationally famous and the Lycian rock tombs overlooking the main town. That aside, expat communities have formed their own groups to join people with likeminded interests. From volunteering at the local dog shelter to learning Turkish, boredom is impossible in Fethiye, and this is an essential requirement, especially for retired expats.

Despite its current international status, Fethiye has remained middle class, and property prices are quite attractive. Whereas places like Kalkan and Turkbuku concentrate on luxury property to attract a higher class of clientele, Fethiye is an all-rounder providing luxury property but budget as well. Prices for apartments average from £40,000 to £80,000 depending on size, location and facilities while villas range from roughly £90,000 to £300,000. A wide selection of property is on the market including re-sale, renovation, off plan and new, therefore giving buyers an extensive portfolio to choose from. 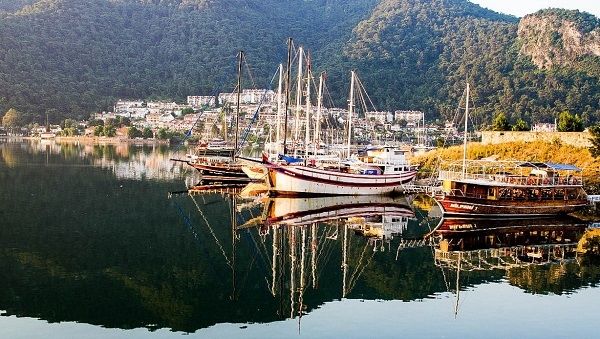 3: Amenities and Facilities are Plentiful

Naturally, with the large population size of Fethiye, every amenity, and service that someone needs for a good lifestyle are close to hand. Even if people buy property in the traditional village of Kayakoy, they only have a 30-minute bus journey to access the main city centre in which shops and services are plentiful. Should an expat need an official translator for legal documents, they can choose from many legally registered people to do the job. For medical purposes, there are the private or government hospitals as well as many English-speaking doctors and dentists.

4: An Excellent Transport Network and the Main D400 Coastal Road

Fethiye is serviced by Dalaman Airport that is one of the largest and most efficient in the country. Receiving both domestic and international flights, a modernization refit in recent years enables it to deal with thousands of passengers daily from many countries around the world. For expats, this is an essential part of their choice to live in the region. In winter, flight schedules are reduced, but expats turn to the second nearest airport of Antalya, roughly, 4 hours away that is likewise a modern and efficient transport hub.

Otherwise, in Fethiye town centre, the central bus station connects locals and travellers with a vast choice of other destinations in Turkey at an cheap affordable price. The ease at which they are able to offer various transport routes can be credited in part to the nearby main D400 coastal road, one of the longest highways in Turkey. 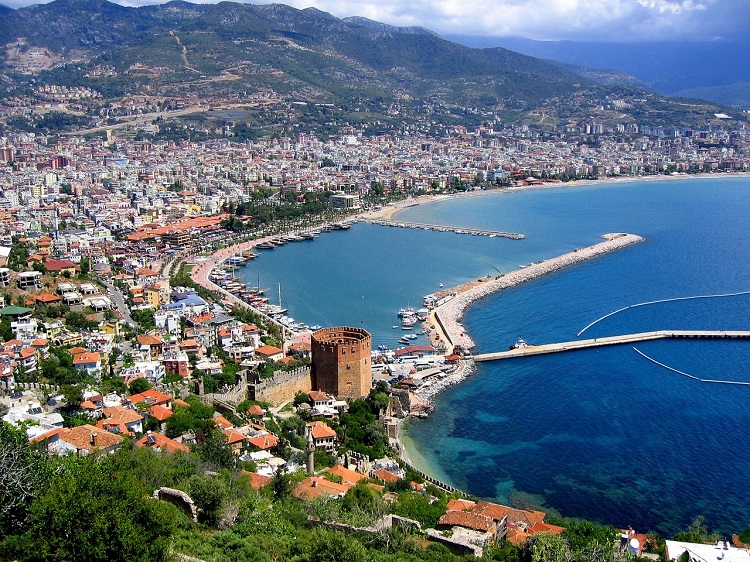 When Turkey embraced tourism in the 1980s, Fethiye was one of the first to take advantage of this new stream of income and learning English become a top priority for many locals in the region. Fast forward, nearly 35 years and it is spoken all across the peninsula. While many expats living in Turkey want to learn Turkish, they find it hard because the best age to learn a new language according to experts is seven. Therefore, the high frequency at which English is spoken enables them to live a comfortable lifestyle and easily get by for day-to-day living.

6: Some of the Best Scenic Landscapes in Turkey

The Fethiye region is without a doubt one of the most beautiful places in Turkey. Backed by the Taurus mountain range, its landscapes remain pretty, open and the typical picture postcard scene. Including the Blue Lagoon and Oludeniz beach that is protected by law against development, Fethiye has done an impressive job of ensuring its town and collective coastal resorts have not turned into concrete jungles despite the influx of property buyers. They say being at one with nature is the best tonic for our health and in the Fethiye region, this is easily done. To find out more about the region, see our area guide lists.