The Best Villages in Turkey to Visit

Urban travel is tremendous fun, but visiting villages in Turkey is to explore a different lifestyle. Some small communities are stuck in time, others earned a claim to fame for a specific reason, while most never feature in any travel guides and sit off the beaten track. While life seems to revolve around major cities like Istanbul, Ankara and Izmir, villages are still a core feature of many local societies.

There are over 30,000 including fishing hubs of the Black Sea, Aegean and Mediterranean to remote Kackar mountain destinations. Since villagers rely a lot on their environment and natural surroundings, life differs from the dry southeast plains to the western sandy beaches. What is the best part of visiting these villages? Well, we love old houses, getting to learn about regional cuisine and learning about Turkish culture and traditions. So, we present our favourite places to visit, away from modern urban landscapes.

The Best Villages in Turkey to Visit 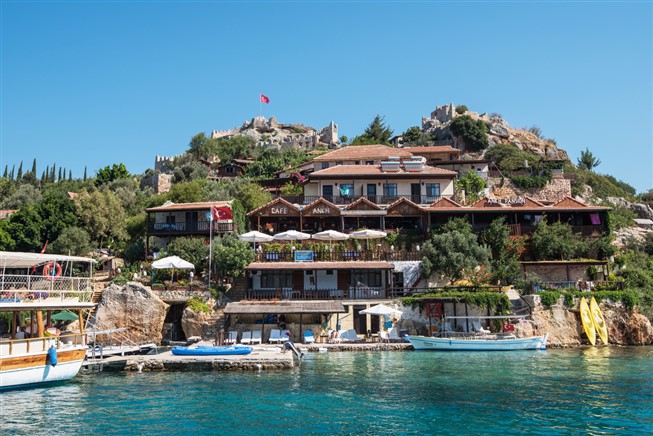 When the best way to reach a village is by sea, it is something special. While many land travellers may not have heard of Simena, also called Kalekoy, yachts sailing the Turkish Riviera adore it. Sitting near Kekova underwater ruins, the Byzantine castle gives off a fantastic peninsula view unmatched by other places. Despite popularity on the sailing scene which is upmarket and stylish, Simena locals don't pretend to be something they're not, and that's why tourists fall in love with it. Another bonus is the locally made traditional ice-cream of which some flavours you have never even heard of. 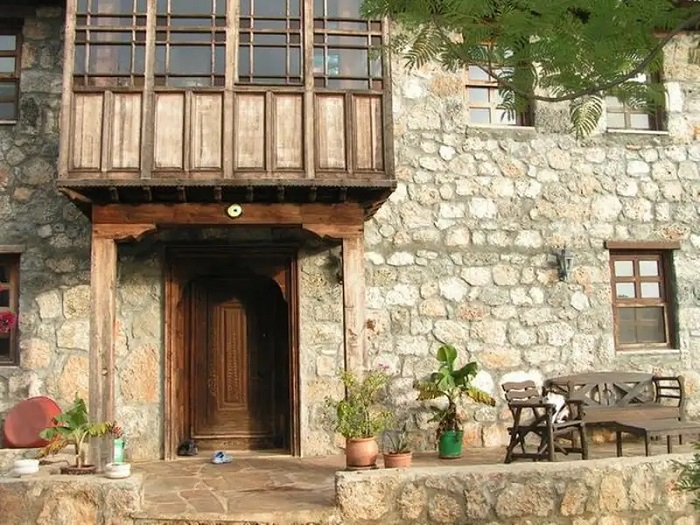 Before visiting Kayakoy ghost village, read Louis de Bernieres's book. He also wrote Captain Corelli's Mandolin. Kayakoy was the setting for this fiction love story told amidst the backdrop of Turkey's War of Independence and events that led to Kayakoy's ghost status. Once a thriving community of Turks and Greeks living side by side, the Treaty of Lausanne ended all that, and these days, visitors tour crumbled, roofless houses, churches, and schools, the only traces of this once-thriving community. Explore on foot or horseback tour, but make time to enjoy traditional, quaint restaurants on the outskirts serving up delicious delights like lamb tandir.

Sitting side by side with Cesme, Alacati's profile has risen in recent years as Turks look to buy authentic stone cottages in the village heart. Desperate to escape the hustle and bustle of big cities, it is easy to understand why Alacati lures in holidaymakers and retirees. Cobbled streets, whitewashed houses, and a laid-back Aegean lifestyle have led to it to be one of Izmir's most popular destinations. Alacati's other claim to fame is as the best windsurfing spot and on summer evenings, there is nothing better than beach BBQ's and music beachside.

Sirince, the most famous village in Aegean Turkey, shot to fame for local wine production using fruits from surrounding orchards. Now sold all over Turkey, visitors sample wine in many shops. Admire picturesque landscapes or find local women selling handcrafted items as souvenirs. Started by freed slaves from the ancient city of Ephesus, Sirince's remote location displays stunning old architecture in houses portraying nostalgic roots as a Greek village. While there, take a tour of cobbled lanes to find the skeleton remains of Aziz Dimitrios church.

Mention the Bodrum peninsula to any Turk, and they will talk about a vibrant nightlife, prominent sailing reputation, and the local's knack of perfecting the pursuit of pleasure. Comprising the major town centre and smaller coastal resorts, first-time visitors could think they have arrived at the most cosmopolitan destination, yet Gumusluk doesn't care what the rest of the world thinks or does. Known by the landmark Rabbit island, rustic charm, and an insistence for enjoying the moment regardless, impresses everyone. The laid-back, don't-care attitude has led many foreigners to buy villas in Gumusluk. Enjoying quiet days beachside and evenings feasting on fresh fish and seafood, once you arrive, discover Gumusluk's addictive charms.

If ever there was a place to get away, be at peace and indulge in Mother Nature, seaside Cirali fits the bill. Sitting within the Antalya region, and sharing a long sandy / pebbly beach with Olympus, a favourite backpacking spot, peace is the order of the day. With the Taurus mountains looming in the background, this quiet haven is where to go if you want to see the burning Chimaera flames. Think mountain bike rides, basking in the Turquoise Sea, outdoor BBQs and beautiful flora and fauna that makes you forget about a fast-paced lifestyle.

Sitting in Turkey's Mediterranean region, outsiders rarely get to hear about Faralya, yet for locals, this quiet destination offers amazing Mediterranean Sea views and sunsets. Any foreigner or Turk looking to buy property in Fethiye will stump up extra cash if they choose Faralya. Its remote location and lack of space for building mean it will never turn into an urban landscape, and that is a big lure for property buyers. Keeping a traditional Turkish lifestyle theme, the adherence to being at one with nature has led to yoga, spa, and wellness centres to open here.

All the above sits on Turkey's Aegean and Mediterranean coastlines, but to get off the beaten track, head to the northeast Kackar mountain range, for a rustic and raw lifestyle. Traditionally, locals head to mountainous plateaux regions to escape the summer heat. In places like Demirkapi, whose names translate to the iron gate, they build their own houses using wood from surrounding forests. They also make bread and milk, farm chickens and cows, and villages don't have telephone or internet access so are cut off from the outside world. Before visiting, research the Laz and Hemsin cultures on an excellent insight into their local cultural heritage. Also see Savsat in Artvin Province, that during summer, is a stunningly green place but covered with a blanket of snow in winter.

Villages to Visit in Cappadocia, Turkey

One could spend a week exploring Cappadocia villages in the central Anatolian region. Cappadocia is already the second most popular tourist destination, and places like Goreme earn international fame, but many more small communities open their doors to curious travellers. Ortahisar, a traditional working town, presents a fantastic sunrise view, and homes carved out of tufa rock, while remote Mustafa Pasha is home to an old and the quaint Christian church. Uchisar, an upmarket luxury destination for five-star hotels, is home to a castle, and the highest viewpoint in Cappadocia. Urgup, the fastest-paced village, is home to some of Cappadocia's best winegrowers. Ibrahim Pasha is on the verge of being a ghost town, and Cavusin, home to the ancient ruins of Saint John's church, are both delightful places to visit. Last, on our list of villages in Turkey include nearby Avanos. Using the nearby Red River as a source of clay, it is renowned for artisan pottery works.

Sitting in the beautiful Bolu region of Turkey, Goynuk's history dating back to the Persians, Lydians and Romans has put it on the map as a historical gem. Even the Catak Turkish Hamam dates to the Roman era. Becoming part of the Ottoman empire in the 14th century, another famous landmark is Akshamsaddin's tomb. This scholar was also an advisor to the Ottoman sultan Mehmed the Conqueror who would later change history by invading Constantinople. Its historical Ottoman architecture also makes it stand out, and visitors see it in the houses, fountains and tombs dotted around the principal town. Such is Goynuk's fame; many films and TV series are shot here.

If ever there was a place that displayed the power of Mother Nature, it would be Uzungol, in the northeast Kackar mountain range. A community lives around the small lake, surrounded by towering mountain ranges, but don’t visit in winter. The snowfall resembles a winter wonderland, but during Spring to Autumn, the green rolling hills are the best sight. Take a stroll, hire a bike, enjoy traditional Black sea cuisine, or head off to discover more mountainous villages that still adopt a back to basics Turkish lifestyle. (More about this stunning destination.)

About Korludag Village in Turkey: Many fans of the Turkish TV series, the Brave and the Beautiful, often want to know where Korludag village is. Known as the setting of the highly successful love story, fans will be disappointed to learn that this village is fictional. Instead, the shooting took place in a rural district of Istanbul called Catalca and the Durusu countryside.

Cities to Visit in Turkey: While travelling around, also visit famous cities including historical Istanbul, the beating heart of Ankara, conservative Konya, and traditional Bursa. All list as high profile and are a beautiful insight into the country.

About Us: We are Turkey Homes, a property and lifestyle specialist with offices in many towns and cities. Our blog about the country is full of useful information for those who want to get to know Turkey better or live here.