Traditions of New Year in Turkey

If you want to celebrate New Year in Turkey, do not underestimate the lengths Turks go to when seeing in a new era. There is nothing whimsical about this event. As one of Turkey's most popular holidays, expect lively street parties, copious amounts of delicious food, music, dancing, firework displays and much more. For this special occasion, Turks will not compromise and cut corners.

Traditions of New Year in Turkey

In previous years, this family affair was low key. All generations from young to old would gather to enjoy a sizeable sit-down family meal. The television and enjoying each other’s company were the focal entertainment. Everyone exchanged small gifts at midnight, and a highlight of the evening was the National Lottery draw, of which some lucky winners became multi-millionaires.

However, over the last 20 years, Turkey has expanded its entertainment and hospitality industry, and this has impacted how Turks celebrate New Year’s Eve. For a quiet affair, get together with family and friends at home, but for the best party of your life, head to any entertainment venue for a spectacular party. 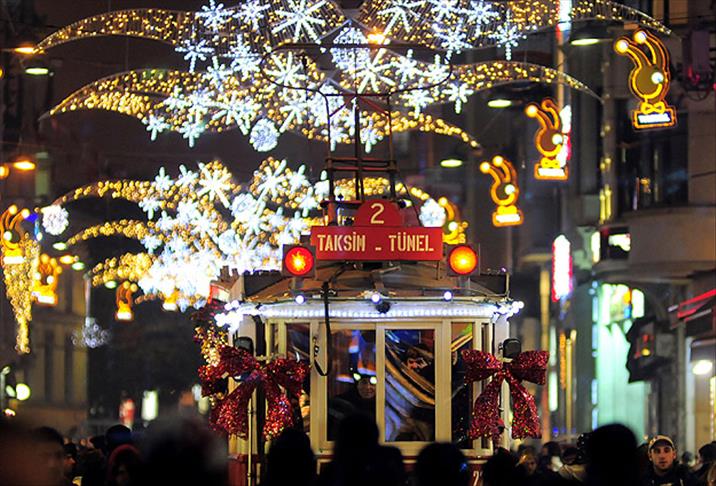 Nightclubs, restaurants, and hotels offer a one-time unique entertainment scene. Most often this is live music or in the nightclubs, a special appearance by a celebrity DJ.  Restaurants and hotels also offer a buffet or sit-down meal, then a massive firework display as soon as the clock hits midnight. Always make reservations early, and in most cases, expect the joyful spirit to spill out onto streets as huge crowds see in the year together.

Handy to Know: Many December holidaymakers assume the large decorated Christmas trees in shopping malls and the odd Santa Claus wandering down the street is to celebrate Christmas. But December the 25th is a non-eventful day in Turkey and those same symbols Christians use instead represent New Year.

A Turkish New Year: Where to Go

Without a doubt, the liveliest place is Istanbul. Sitting in Northwest Turkey, this is a natural given since it is the country's biggest and busiest city. Events occur on both the European and Asian sides of the city so search Google and local Facebook groups to find a suitable event.

For an evening of indulgence and pampering, many 5-star hotels offer full course dinners and if they have a front-row view to the Bosphorus, a colourful firework display that engulfs the skies. Taksim and Istiklal Avenue is one destination that doesn't pull any punches for turning the clock. Expect to partake in Turkey’s most significant and liveliest street party. 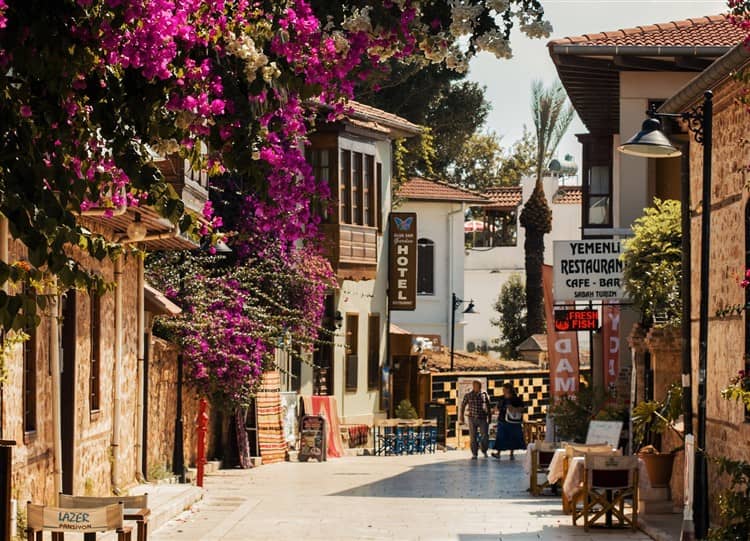 Our personal favourite is Antalya, a vast region covering Turkey’s Mediterranean coast. There are many coastal resorts but at this time of the year, we stick to the lively city centre. A trend that arose over the last four years is for expats from around Turkey to head to the large, themed, all-inclusive hotels in the Lara Beach District.

Excelling in entertainment, expect nibbles and cocktails before the main menu, some of which can be five courses. They often see midnight in with massive fireworks displays on the terrace before everyone retreats to enjoy the live music and entertainment. For ultimate luxury, the Mardan Palace hotel’s reputation for indulgence precedes it. Another choice is the famous Calista Luxury Resorts Hotel. Meanwhile this year Titanic Beach Lara is kicking off the celebrations at 6:30 with cocktails, a classical music band at 8 p.m., and live Turkish music in another hall at 9 o'clock. Kids can also enjoy the on-site cinema entertainment program.

3 Tips for the New Year

1: We cannot stress enough, to make reservations and buy tickets early. New Year in Turkey is a popular celebration and leaving it too late to decide what you are doing will cause disappointment.

2: Expect crowded public transport with delays, in large cities like Ankara, Izmir and Istanbul so book taxis early. Also ditch the car, because parking spaces are hard to find and many drivers suffer road rage on this evening.

3: Shop for food and presents as early as possible. Leave it until the last day, and you will encounter masses of crowds and frustrated shop sellers.

Our Blog About Turkey: Whether you want to travel or buy a property and live here, our blog is full of helpful advices, hints and tips on where to go and what to do. Talking about Turkish food, culture, traditions, places of interest and prominent areas in the tourism and real estate industries, it is a one-stop guide to getting to know the country.