A frequent question asked by our customers who move to Turkey is if there are easy ways to learn Turkish. In theory, it sounds quite easy, but most expats in Turkey struggle. It is not a major problem hindering daily life because many live in coastal towns and villages where locals speak fluent English.

However, naturally, expats want to learn Turkish so they can read newspapers, watch television shows, navigate red tape and bureaucracy and make more Turkish friends. It will also help them to see their adopted country from the viewpoint of an insider. The good news is some simple language hacks make the process seem less daunting. First though is to know some quick, fun facts about this language spoken by millions of people across the globe.

7 Fun Facts About the Turkish Language

1: It has eight vowels and 21 consonants, so a total of 29 letters in its alphabet.

3: Regional dialects do exist, and the difference is especially noticeable when comparing accents between speakers from the west and the east of Turkey.

4: Much as in the English language, Turkish also has slang words, often referred to as street Turkish by learners. You will learn the grammatically correct and official words from books, however, listen to native Turkish speakers when they are with friends to also pick up a few slang words. Slang is widely used outside of formal situations. 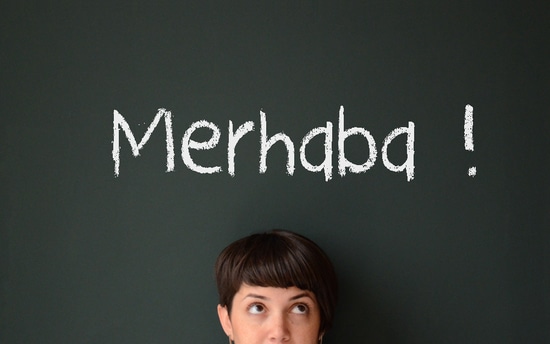 5: The sentence order differs compared to English language rules. Verbs like going, doing, making, watching, shopping are always at the end of a sentence. The Turkish language mostly follows the S-O-V pattern that is Subject-Object-Verb. Hence translations are not exact.

6: Turkish is an agglutinative language, which means adding suffixes to a base noun or verb to form one complete word. Hence, the sentence “he is going” in English, is three words, but in Turkish, it becomes one (gidiyor.)

7: Lastly, Turkish is gender neutral, so there isn’t an equivalent of “he” or “she”. Instead the word “o” is used for both references.

1: It is a Phonetic Language

Beginners will be glad to know Turkish is a phonetic alphabet, so words are always pronounced according to the distinct sound of each letter. Learning the alphabet and how to pronounce your vowels and constants can go a long way when speaking and will be a great motivation boost to beginners.

2: Remember Why You are Learning Turkish

A useful mind hack to keep you going when motivation goes out of the window is to recognise the benefits and why you are doing it. A goal to learn Turkish is in itself daunting. Adding suffixes, knowing when and where to use words, listening carefully to fast speakers, changing root words and getting the pronunciation right is enough to make anyone give up from the start.

Instead of looking at what you must learn, write down a list of benefits and refer to them, when you need a motivation boost. Examples include saving money on translators, get to know my neighbours, watch the news to keep informed, learn more about culture and beliefs, but most of all, it will enhance quality of life. 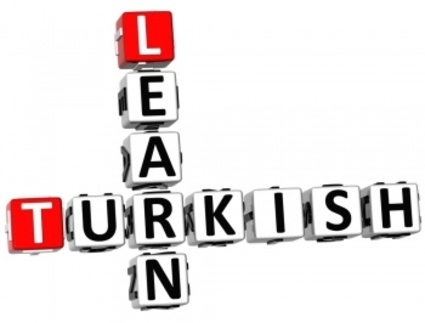 Language schools often overwhelm people who struggle to remember information. Likewise sitting there for an intensive afternoon, discussing grammar rules is not everyone’s ideal way of learning. If this sounds like you, gently ease yourself into learning Turkish. Memorising one word a day means at the end of the year, your vocabulary has grown by 365 words that you can use in everyday situations.

3: Learn the Most Frequently-used Words First

Alternatively, one of the easy ways to learn Turkish that is recommended by experts is the 80 / 20 rule. Known as the Pareto principle, it states, only a small amount of words are used in most everyday situations. It is no use learning complicated words hardly used.

A friend once learnt everything to do with maps including north, south, and distances but to date, still, hasn’t used those words. Instead Google “the most commonly used words in Turkish” and write one a day into your diary to use it in everyday interactions.

The task of learning Turkish sounds daunting, but this is a vague, unrealistic and unmeasurable goal. With thousands of words and grammar rules, it is unlikely that you will become an expert in it all within six months.

Instead, break down learning the language into specific tasks, i.e. learn days of the week, numbers, verbs, adjectives, place names, fruits, or find out what the everyday objects in a house are called. Breaking it down instantly makes it easy and motivates you to move onto other subjects because you recognise your achievement.

5: Immerse Yourself in the Deep End

Depending on your personality, brain power and whether you have the mental stamina, some experts recommending throwing yourself into the deep end. Examples include invites to dinner that you have always refused because you will be the only English speaker. They are perfect opportunities to listen, practice and mentally absorb the characteristics of the language.

Some schools also sell intensive courses for three months of 5 days of studying a week. Alternatively, your Turkish friends are bound to know some remote village hideaway, where, if you want to get by, you will have to speak Turkish because nobody else knows your language.

6: Have Fun and Don’t Take It Seriously

Lastly, learning a language is as much about mind hacks as it is about words and grammar. In your eyes, if learning Turkish is a hard ordeal that you do not have the energy or enthusiasm to do, the natural rules of the human mind will ensure you fail miserably.

Rather than just focusing on the outcome of learning, enjoy the process instead. Have fun as you use the words you have just learned, whether at the market, dentist, or bank. If you pronounce a word wrong, or someone does not understand you, learn to laugh at yourself. One easy way to learn Turkish is to look at it like an adventure rather than a goal or essential task.