BLOG Fun Things to Do on the Bosphorus: Exploring Istanbul At Your Leisure

Discover Istanbul: 7 Bosphorus Things to Do

The vast range of things to do on the Bosphorus Strait of Istanbul adds another dimension to the city’s tourism industry. Pick up any mainstream travel magazine, and most talk about visiting the Sultanahmet district. While this is an excellent introduction to Turkey’s most popular tourist district, it only portrays a snippet of the city’s historical timeline, namely the Byzantine and Ottoman eras.

Indeed, touring the Bosphorus landmarks and attractions not only enlightens you more about the history but also gives an insight into small villages, their culture, traditions, and day-to-day life. Getting to know about the importance of the Bosphorus, not only for Turkey but in the world, will enhance your visit and help you understand why this strait of water demands respect and has had many empires over the centuries fighting to rule it.

Sitting in north-western Turkey, it divides the country into the Asian and European sides and connects the Black and Marmara seas. For centuries, communities have inhabited its shorelines, and they continue to do so today. It also played a pivotal part in capturing Constantinople in 1453. Overall though, this jewel box of landmarks ranging from famous Yali mansions, otherwise known as Turkey’s most expensive real estate market, to old Ottoman places and historical mosques is worth seeing.

These days, daily traffic is immense from large tankers transporting goods to recreational yachts sailing from one side to the other, and tourists wandering around main sites. Exploring its shorelines via back roads often means encountering congestion, so the favourite way is via ferry of which many leave from Eminonu seaport and go around the Bosphorus to the Black sea. You can also arrange a private cruise, albeit these are expensive.

Discover Istanbul: 7 Bosphorus Things to Do 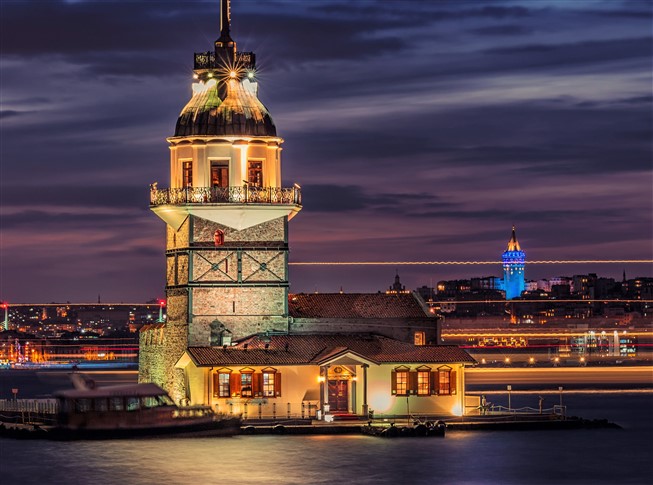 Sitting in the middle of the Bosphorus, Maiden’s Tower is one of its lesser talked about landmarks but interesting urban legends surrounding it make it fun to seek out. They say a father built it to protect his daughter from an oracle omen that said she would die from a snake bite, but a basket of fruit delivered to the tower contained a hidden snake, anyway. These days, its main purpose is as a restaurant, and the way to get there is via boat from Uskudar on the Asian side.

2: Keep an Eye out for Bosphorus Yalis

The 18th and 19th century Yali mansions portray the exquisite, beautiful side of Istanbul, and display a distinct wooden architectural style. Many belonged to Ottoman royalty and high-flying members of Istanbul’s social circles. These days, some are hotels, others are restaurants, but many are still private residences; hence you can’t get a sneak behind the front door but always keep an eye out for the 600 plus shorelines properties when cruising because they are well-known sites. Prominent ones include Erbilgen Yali that made worldwide news in 2015 when it sold for over 100 million euros, making it Turkey’s most expensive house ever sold. 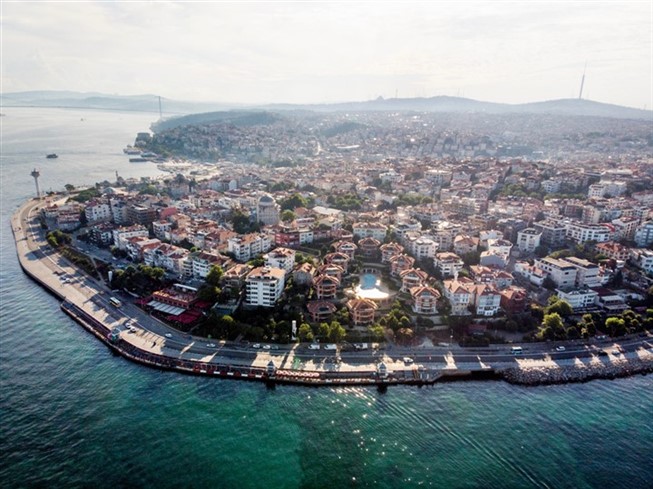 Do as the locals do, and explore shorelines communities, many of which have unique claims to fame. Reached by ferry or road, more famous ones include Arnavutkoy, a small village known for colourful old Ottoman houses, a Greek orthodox church and seaside restaurants serving fresh fish and seafood alongside traditional Turkish mezes. Its next-door neighbour, Bebek, is where the wealthy citizens hang out, while Ortakoy is famous for its mosques and kumpir, the street food of a jacket potato with delicious fillings. Kilyos is the go-to destination if you want to hang out on a beach, while Kanlica’s claim to fame stems around homemade yoghurt topped with fine sugar.

Arriving by the roadside entrance, touring the interior of Dolmabahce Palace opens your eyes into the fallen Ottoman Empire’s last days. As their last seat of rule, the cost ran into billion for construction, décor and design hence the large silk carpets, gold leaf ceilings, crystal-lined staircases and a chandelier given by Queen Victoria that also is one of the world’s largest. Tour the harem and Selanik by signing up for guided tours and see the room in which Mustafa Kemal Ataturk, the Turkish Republic’s founder passed away. 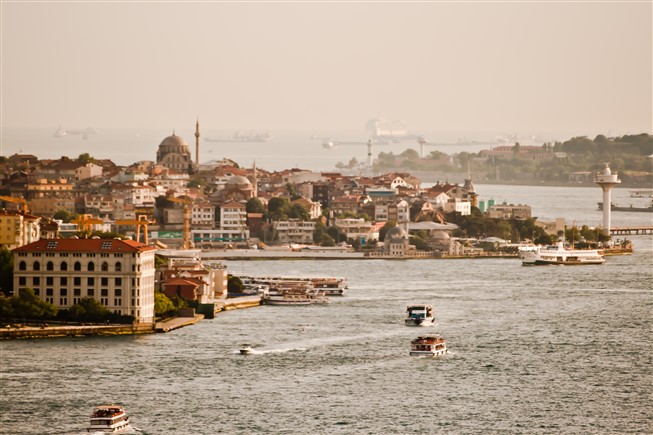 Once again, visit this shoreline castle via the roadside entrance, and instantly be amazed at this strong 15th-century fortress that only took four months to build and played a pivotal part for the Ottoman’s capture of Constantinople. Sitting at the narrowest point and opposite Anadolu castle, it has served many purposes including as a prison, customs checkpoint, a small makeshift neighbourhood and now one of Istanbul’s unique open-air museums. 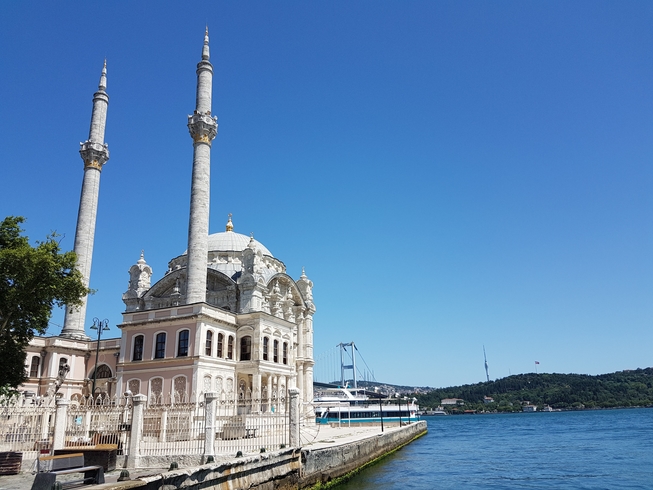 As the most famous shoreline mosque, Ortakoy cami appears in many travel publications. Built during the 19th century, this beautiful baroque architecture building instantly captures the atmosphere of this neighbourhood overlooking the Bosphorus. Don’t just admire the exterior, though. The interior is open to everyone, outside of prayer times and is a must-see, with large windows flooding the main hall with natural light to boost its intricate décor and perfect mosaics.

Even the most hardcore art critic instantly falls in love with this museum, often called the best on the Bosphorus. Featuring calligraphy art, Ottoman paintings and furniture collections, with themed exhibitions every month, this private museum has been going strong since its opening in 2002. Open every day, apart from Mondays and with a cheap admission fee of just 30 Turkish Lira, this former historical mansion and gardens also command a stunning Bosphorus view.

Free Activities in Istanbul: Touring the main sites of Istanbul can drain your wallet of cash, but many activities don’t cost a dime. This article, aimed at budget travellers in Istanbul is the perfect follow up after completing the Bosphorus things to do and compliments a travel itinerary.

Seven Hills of Istanbul: Although lesser talked about, Istanbul’s tallest hills played a pivotal role in its history. Meant to replicate the seven hills of Rome, tourists visit each to see iconic mosques and landmark buildings.