BLOG Home is Where the Food is!

A new trend is appearing, not only in Turkey but all over the world, as people crave a decent plateful of homemade cooking! Millennials are bringing their technology into the kitchen, homemade meal orders are more popular than ever and even the city slickers are beginning to turn their noses up at fast-food joints in favour of the smaller pop up cafés, which prepare fresh food at a good price. Healthy food has become fashionable all over the world and there is none more healthy than what you can make at home in your own kitchen, with ingredients taken straight from the local market.

Life has become busier and faster paced for everyone over the past few decades and fast-food outlets such as burger joints and pizza restaurants have taken advantage. They played right into the hands of the frenzied worker and have made huge profits from processed foods, carbohydrates and refined sugar. Governments and food agencies all over the world suddenly became very aware of the harmful effects of fast-food addiction, such as obesity, heart disease and diabetes and have been promoting healthy eating for a while now. Just in the past few years, the people of the world have started to take notice. In Turkey, if they are not cooking at home, they are searching the streets for the best homemade meal in town. 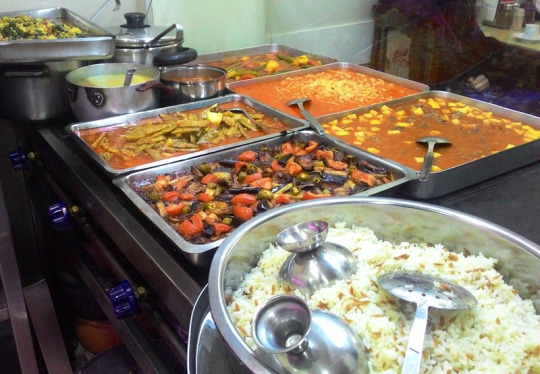 Food made from scratch in your kitchen is usually much healthier than fast-food. Even if you choose to pick up a pre-packaged salad, which may sound healthy, you are probably consuming sugars and fats that you didn’t realise were there. Did you know that a salad from McDonalds has the same amount of calories in it as a large cheeseburger? Did you know that a packaged sandwich has double or sometimes triple the number of calories than one you could have made yourself?

There are many benefits from making your food at home. More often than not, it will save you money. When you eat in a restaurant or take-away, you are paying not only for the food, but for their service, their electric, their employees and their profits. At home, you just pay for your ingredients. Making food at home can also save time. It can often be quicker to put something together yourself, or cook in bulk and freeze it, ready to be consumed whenever you need it. Homemade cooking will always contain healthier ingredients.

Commercially prepared foods are high in fat, salt and sugar; some can be filled with preservatives and e-numbers, even colourings used to make it look pretty. Most people will eat whatever is put in front of them and portion sizes have increased by 25% since 1970! When we prepare our own food, we know exactly what and how much we are getting!

The Turks are incredibly lucky! The Turkish diet is considered to be one of the healthiest in the world, which is good because the Turks sure like to eat! Portion control is certainly not a consideration at a Turkish table, but dishes are mostly vegetable or fruit based and so fresh that you might still be able to taste the earth they were grown in! Fresh fish is eaten in coastal areas and fresh meat inland. Turkish food also has diversity and the tastes change depending on the area of Turkey you are in. Turkish food is inspired by Greek, Central Asian, Jewish, Middle Eastern and Caucasian cuisines and is heavily influenced by Asian, European and Iranian dishes.

Turkish homemade food has variety, quality and simplicity, made with the best ingredients, providing excellent taste. The food is fresh, it looks good, it smells good, it tastes good and most importantly, it is healthy! A Turkish meal is a great feast indeed! The meal usually starts with soup and a selection of meze dishes as an appetiser, before a main dish of fish, seafood or meat is served with salad and vegetables and finished off with one of the famous Turkish desserts. The meal will be high in protein, satisfying your appetite, with high nutritional value, and it will certainly be absolutely delicious.

The Aegean and Mediterranean food is considered to be much healthier than anywhere else in Turkey, thanks to the shared culture of the region’s past with the Greeks. The warm, dry climate and rich soil is perfect for growing a wide range of vegetables year round and the area is renowned for its prevalence of olives. Fragrant olive oil has become the base of most Aegean and Mediterranean dishes and no home is complete without it, even used as a replacement for butter. Healthy, fresh fish caught in local waters also tends to replace meat at mealtimes too. 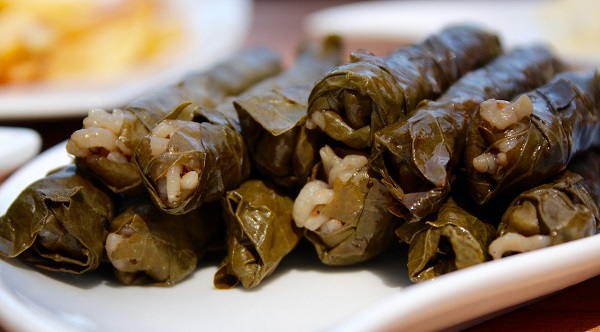 Dishes called ‘Zeytinyağlı’ meaning “with olive oil” are predominantly vegetarian meze dishes, popular in this area and extremely easy to make at home. ‘Zeytinyağlı Fasulye’ is a favourite, made with romano beans and cooked with tomatoes and onions, ‘zeytinyağlı enginar’ is also a delicious dish of artichokes filled with chopped vegetables; you could even create your own version of this tasty dish! How about ‘zeytinyağlı barbunya’? A scrumptious and healthy dish of pinto beans with tomatoes, onion, garlic and carrots, of course, like all other ‘zeytinyağlı’ dishes, doused in lashings of olive oil! Scrumptious!

It is not just olive oil dishes that make the table in the Aegean and Mediterranean regions though. Try ‘dolma’, vegetable stuffed vine leaves, or ‘patlican salata’, a grilled eggplant salad. ‘Hummus’ is of course incredibly popular and delicious when spread on warm bread, especially with a dollop of ‘acli ezme’, a hot pepper paste.

While Aegean and Mediterranean dishes are familiar, incredibly light and healthy, the Black Sea region is Turkey’s culinary misfit. Many people associate Turkey with kebabs and tables full of meze; on the north coast of Turkey, the cuisine is likened to that of the American deep south. The food is simple, tasty and filling and home-cooked. Think cornbread, collard greens and smoky bean stews and you are there! The region is famous for its wet and windy climate, which has proven to be ideal for growing the area’s renowned produce, including tea, corn and hazelnuts. Cornbread is served at the site of every meal and you are bound to find a sprinkle of hazelnuts somewhere in your food, either as part of an appetiser or decorating your dessert. 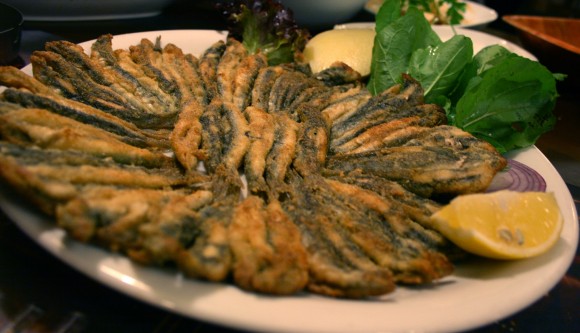 However, there is one little treat in the Black Sea cuisine that keeps popping up and no traditional regional meal from this area would be complete without it. ‘Hamsi’! You will find ‘hamsi’ in everything, even in the desserts! ‘Hamsi’ are anchovies and the Black Sea is full of them; they are caught in their hundreds of thousands every year and end up on every plate across the north coast. These little fish are incredibly cheap, at just 10 lira per kilo; 1kg would feed a family of four. They are used in a multitude of ways; you’ll find them as a bread filling, in stews and with rice, just as an example. ‘Hamsi’ are so greatly loved that the Turks have even written poetry about them!

To enjoy anchovies Turkish style, simply bake them with seasoning, or cover them with flour and spices and deep fry them. ‘Hamsi pilavı’ is also easy to prepare, just spiced rice enclosed in fried anchovies. Aside from anchovies, you may want to try the incredible ‘mıhlama’, a corn meal, butter and cheese fondue which just melts in your mouth when you scoop it up on your crusty bread.

The Spice of Eastern Turkey

You can witness the transition of flavours from the Aegean west coast cuisine so similar to that of the Greeks, to Middle Eastern influences as you move eastward across Turkey. Dishes get spicier and meat takes the place of the fresh fish from the coastal areas. Spices are one of the defining features of this region, a result of its location on the former spice and silk routes. Hot pepper flakes, paprika, dried sumac and mint are just some of the popular flavours of the east, which will be found marinating an astonishing variety of meat dishes, from offal to kebabs. The eastern Turks just love their meat. Lamb, beef and poultry are mixed with vegetables and sometimes fruits and cooked over a wood fire after they have been spiced.

Eating a long line up of starters or meze is just as important in the southeast as it is near the Aegean, however the selection of meze is very different. Hot flat bread spread with sweet butter and crumbled goat cheese, hot pepper and tomato salsa drizzled with pomegranate syrup and roasted eggplant with garlic in olive oil are meze selections that are just perfect before a plate of spicy kebab.

Gaziantep in southeast Turkey is the food capital of the world, having won awards for its gastronomy. It is also the very place where the world famous Turkish sweet treat baklava was created. Every dish here comes with a twist. You may find your meat with a side order of pistachios, pomegranates or plums, but the core staples of the eastern diet are there; spicy meat and spicy stews. Try ‘şiveydiz’, a stew made with lamb, garlic and pistachio, with an added dollop of yoghurt, or ‘ali nazik’, one of the regions most popular dishes; smoked and spiced eggplant topped with cubes of spiced and marinated lamb with a side of rice.

Homemade Food in the Cities

While it has been easy for the Turks to embrace homemade food in the suburbs and out in the countryside, the big cities have always had a problem as everybody seems to be in a rush. There is a sense of immediacy with business these days; everybody wants everything right now. However, culinary experts are beginning to find a solution to this problem and more and more homemade food restaurants are popping up around Turkey, creating an emerging trend in city food culture.

Smaller eating establishments have shown earnings increase by 100% in the past three years and cafés run by women are also on the rise, showing a 200% increase. In Balıkesir, a group of housewives gathered to establish a homemade food initiative called “Hanımeli Çarşısı”, providing tasty, homemade Aegean dishes for restaurant menus. People have begun to realise that fresh homemade food can be quick and easy and it certainly sells! City workers have migrated away from the fast-food counters in favour of backstreet ‘lokantas’, the true homes of home-cooked Turkish food. 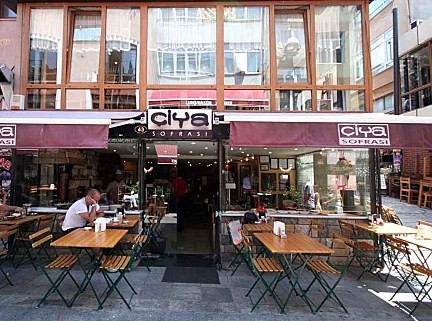 In Istanbul, ‘Çiya Sofrasi’ on the Asian side of the Bosphorus, is possibly the best restaurant in Istanbul. Chef Musa Dağdeviren has collected recipes from around Turkey, which has resulted in a menu that features unusual regional dishes that you are unlikely to find anywhere else. In the touristy district of Kumpapi, ‘Doyuran Lokantasi’ provides fast, fresh, cheap Turkish food which is as close to a Turkish mother’s recipe as you will ever get in Istanbul. Each day they have four or five ready made lunch specials to choose from.

Fortunately for those visiting Turkey, finding homemade food outside of big cities is not usually a problem as the Turks are so proud of their cuisine. They know that tourists want to try the local dishes and almost every restaurant on the west and south coasts will promote the fact that they serve traditional Turkish food. In fact, every chef has their own version of a traditional dish from their region and chefs often move around the country to work the tourist seasons so you are very likely to find a different homemade culinary experience in every restaurant. Otherwise, why not try cooking some of our favourite regional dishes in your own kitchen??