How to get Turkish citizenship through property investment – recent changes explained

If you’ve ever entertained the idea of buying your dream home in Antalya, you might be aware that, since September 2018, it’s been possible for foreign nationals to secure Turkish citizenship by investing $250,000 or more in property.

Initially the figure was much higher - $500,000 – but it was changed almost four years ago as part of the government’s drive to attract more investment from overseas.

As well as buyers being able to keep their passports from their native country, a successful application also covered their immediate family and any children born subsequently in Turkey. It was an attractive alternative to the ‘Golden Visa’ programs offered by several European nations, particularly for British citizens worried about potential Brexit fallout.

However, with a more challenging financial climate in Turkey towards the end of 2021, some changes were introduced in January this year. Buyers now have to convert the money used for their property purchase to Turkish lira, for example. They’re also obliged to obtain a Foreign Exchange Purchase Certificate, which must be submitted to the Deed Registry Office.

So what has prompted the changes and how will it affect those considering buying a holiday home in Antalya or planning a permanent move to Turkey? 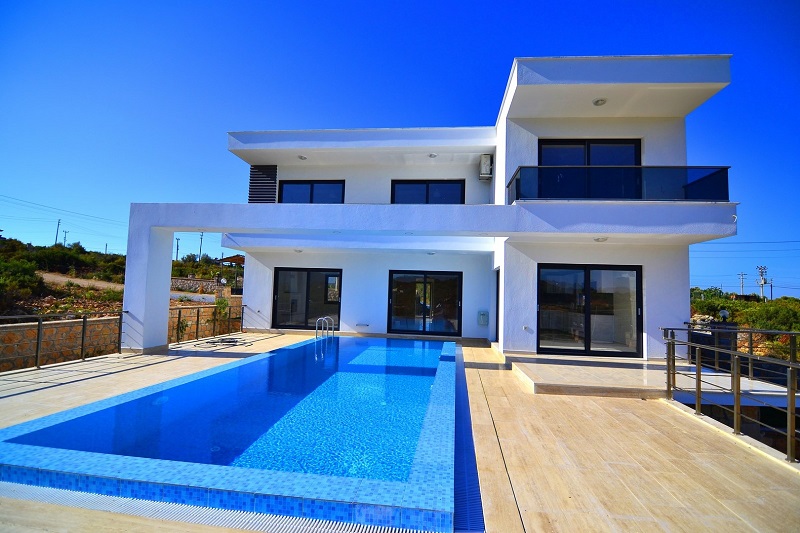 Both the advent of COVID19 and the government’s financial policies over the past couple of years have had an impact on the price of property in popular parts of Turkey, including Istanbul and along the Turquoise Coast.

First, it was demand from more affluent Turks from the cities seeking an escape from perceived pandemic hotspots which drove asking prices upwards.

However, as the virus eased its stranglehold in the latter part of 2021, investors from the Middle East, Russia and Europe in particular also moved in to secure property which seemed certain to rise in value.

The situation was exacerbated for local Turkish people when a sharp drop in the value of the lira took hold in late 2021 and early 2022. Suddenly, potential buyers on Turkish wages found their spending power reduced, clearing a path for more overseas investment.

The government has now acted to give Turkish buyers a way back in. New programmes were announced in early May offering cut-price mortgage deals for Turkish first-time buyers and increasing the investment threshold that unlocks a citizenship application to $400,000 is the latest initiative designed to control the surge of interest from overseas.

Property investment in Turkey remains a sound proposition, however, as there are other dynamics in play.

Together, these factors increase the upward pressure on asking prices.

So what does it all mean?

If you’ve been keeping a weather eye on the property market in Antalya, there’s a good chance you’ve noticed asking prices have increased over the past 12 months.

However, away from hotspots like Lara Beach, there are still homes available at very reasonable prices. Kemer and Alanya may be worth a closer look, for example; they may be a little further away from Antalya International Airport, but they offer a very similar ambiance to the city.

Once you’ve made your purchase, it’s also worth remembering that your dollar, pound or euro currently goes much further than it did a year ago. If your income is in any of those currencies, you will find the cost of living in Turkey is still remarkably favourable, particularly compared to some European nations.

The cost of the property itself may have risen, as have utility bills, food and fuel. But current exchange rates mean many settling in Turkey from overseas find they can still afford a few of life’s luxuries including beach days, boat trips and meals out with family and friends.

How can we help?

If you would like to know more about an application for Turkish citizenship through property investment, please get in touch for more information.

We would also be delighted to talk your through our portfolio of properties available right now in Antalya and help you find the right one for you. You can also find plenty of useful information about the Antalya region in our earlier blogs.