The Opulence of the Ottoman History

Upon hearing the word 'palace,' you probably think of exclusive living, beautiful decor, sumptuous surroundings, and a pampered lifestyle for kings, queens, and modern-day millionaires. Well, Dolmabahçe Palace, the beating heart of the 19th Century Ottoman Empire, was all that and much more!

A seat of Ottoman power from 1856 to 1922, the palace was handed to the nation of the newly created Republic of Turkey, a year later. It became the summer palace for Turkey's creator and first president Mustafa Kemal Ataturk. He also died here on November 10, 1938. 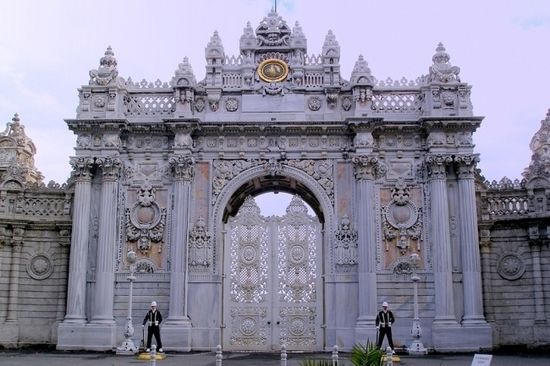 History of the Dolmabahce Palace

The Ottoman's 31st Sultan, Abdulmecid I, was envious of contemporary monarchs across Europe and their luxurious palaces. Having looked around the decidedly jaded Topkapi Palace (home of the Ottoman sultans since 1453), he decided his family should have new, sparkly accommodation and the vision for Dolmabahçe Palace was born.

The location for this beautiful palace and its imperial gardens was to be off the European coast of the Bosphorus Strait. Formerly used to accommodate the Ottoman fleet, over the 18th and 19th centuries, it became a highly favoured destination and utilised as gardens, with summerhouses and pavilions, for the Empire's rulers. 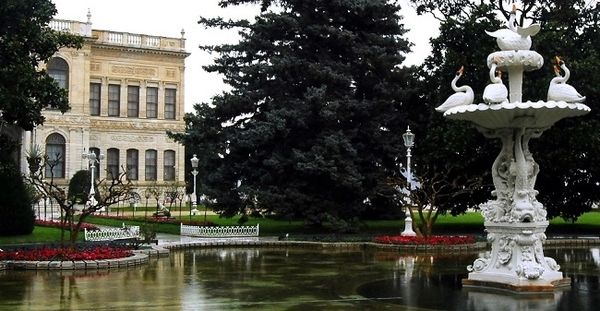 The meaning of the name for the new palace came from dolma, meaning 'filled' in Turkish, and bahçe meaning "garden." Hence Dolmabahçe - Filled-In Garden. Over 13 years (1843-1856), Ottoman court architects Garabet Balyan, his son Nigogayos and Evanis Kalfa, were instrumental in designing and overseeing the development of the 45,000 sqm palace, which was bounded on the east by the Bosphorus and a steep precipice to the west.

By today's comparisons, the costs of building and furnishing the palace would have been incredibly eye watering. Here is a statistical breakdown.

Home to six Sultans from 1856 to 1922, the palace primarily acted as the central administration HQ for the Ottoman Empire as well as the Sultans' families, concubines, and helpers. With the end of the empire and the rise of the Turkish Republic in 1923, the palace was passed over to the new country. The 'father' of the Republic, Mustafa Ataturk, used it as his summerhouse during his tenure and died there on November 10, 1938. The country’s Directorate of National Palaces now manages it. 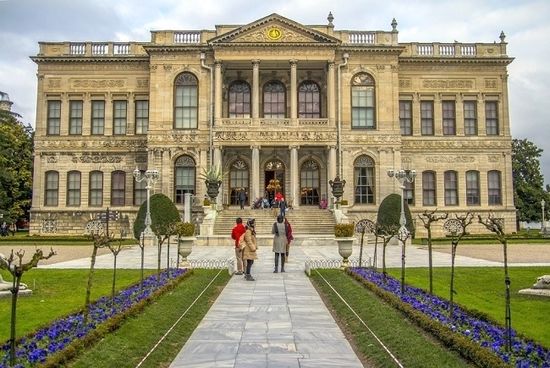 Inside the Dolmabahce Palace

The palace adequately reflects Ottoman life and tradition with the men's quarters, or Selamlık, and public receiving rooms in the southern wing. Opulent is the word to describe this section since it is adorned with paintings and richly constructed furniture of the day. The outward look is one of indulgence, but also highlighted the grandiose excesses to visiting leaders, therefore boosting the reputation of the Ottoman Dynasty.

The northern wing (Harem) was strictly reserved for the Sultan's family and has eight interconnecting apartments, containing en-suite facilities, for the sultan's wives and his mum.Both wings are separated by a 2,000 sqm hall, with the main entrance (Medhal) located on the southern end - notably away from the Harem part of the palace. 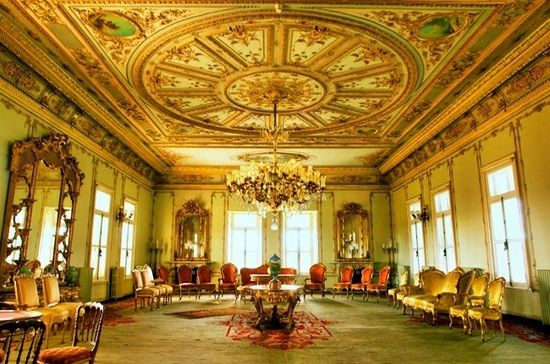 The Medhal had rooms leading off, with the ones facing the sea used by the Sultans and ministers of the day. State and Palace administrators and other representatives used those facing land. Those lucky enough to wait in the grand hall before being escorted to the right room will have noted the luxurious Boulle tables and the elaborate fireplace, all bearing the Sultan Abdülmecid's monogram.

The Clerk's rooms, just off the Medhal, accommodated the palace's largest painting by Stefano Ussi depicting the procession of caravans from Istanbul to Mecca in the holy month of Recep. For all the sumptuous element of the palace, the one stark room that sticks in the memory is the one in which Ataturk died. Depicted as a simple room in comparison to others, the clock remains at 9.05am - the time he died. 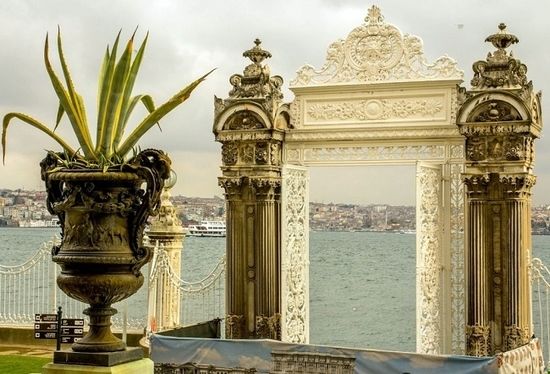 To preserve as many of the Ottoman artefacts as possible, key renovation works are underway, particularly to gold leaf decorations adorning the mirrors and portraits. Visitors watch experts toil over their craft at the historic workshops in the grounds of the palace.

One of the expert workers is Onur Baybura, or Golden Hands, who has given more than 35 years of his life to meticulous dedication to the renovations. He heads up a unit of 32 hand engravers, experts in gold and silver artisanship, and 5 other crafters dedicated to gold leaf work. You can watch as they make their slow progress through the Ottoman heirlooms, such as mirrors, drawers, cornices, and the like, with tweezers, tongs, and brushes, in bringing the antiques back to life.

Visitors cannot wander the rooms unaccompanied. They have to queue separately for official tours of the Selamlik and Harem and taking photographs is forbidden. Entrance is 20TL per section (40TL in total). The palace opens 8am-4pm, except Mondays and Thursdays.