Turkey is a great location to access all things historical. If you think that the western part of Turkey is soaked in culture, just wait until the experience the Eastern regions. The city of Mardin is memorable for tourists, yet ironically still unknown to many who live in Turkey.

Its stunning architecture draws you to explore the meandering lanes and stone houses which unwind down the hillside. Unlike the city’s uniform baked brown homes, the residences present a fascinating melting pot of Kurdish, Yazidi, Christian and Syrian cultures.

Mardin isn’t a huge booming city compared to the 20 million people in Istanbul. However, with a population of 800,000, Mardin definitely isn’t a small, quaint village either! The city has slowly grown over time and now serves as the administrative site for the region. Mardin supports and promotes many small businesses and industrial companies, and even has its own Free Trade Zone. 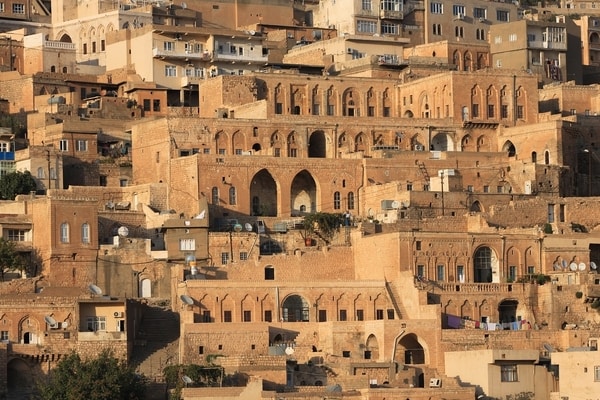 The city name of Mardin has been through many changes over the centuries. The name was once known in Persian as "Marde" and later called "Mardia" by the Byzantines and "Maridin" by the Arabs. The final name of "Mardin" was established after the Turks occupied the area and has stuck ever since.

These diverse names show this city’s history is much like its eclectic fusion of culture. Mardin has seen many empires come and go. The city was no stranger to the rule of the Hittites, Babylonians, Persians, Romans, Arabs and the Ottoman Empire. Even more interesting, local stories tell how the city dates back to the Great Flood of Noah.

These diverse names and city’s history is much like its eclectic fusion of architecture. Mardin’s is an area covered in volcanic rock which is amazingly easy to mold and work. Much like Cappadocia, the locals used this rock as the base medium for carving out homes into the cliffs and hillsides.

Every city has its grand mosque, and Mardin is no exception. The Grand Mosque or Ulu Camisi is adorned with a ribbed dome and a lone minaret with delicate teardrop motifs. Plus, the view of the Mesopotamian plains is one of a kind. 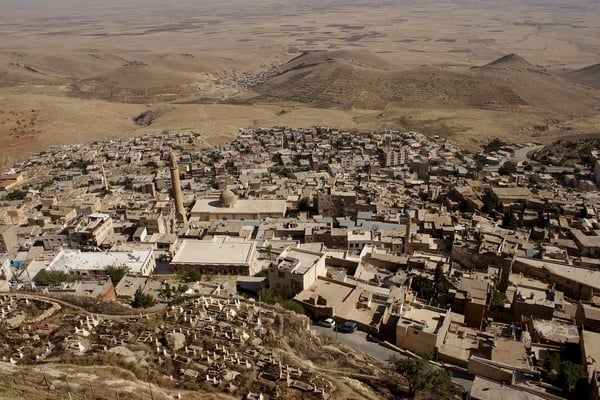 The city has many impressive medrese, or Islamic schools, built as far back as the 12th century.  The Kale (Citadel) is located on the hill overlooking the Old City. Unfortunately, it’s closed for visitors because it is actually inside a military zone. But steep climb up to the boundary is worth it to view the lying below.

Check out Turkish Airlines and Pegasus which have regular flights from İstanbul, Izmir, and Ankara.  The Mardin airport sits just southwest of the city, maybe an half hour out of town. You can flag down a dolmuş coming from Kızıltepe to Mardin from the main road outside the airport exit.

In the city, you can navigate the Old City easily on foot but it requires considerable effort to climb up and down the hilly walkways, depending on your fitness. Cars dare not get stuck in the narrow alleyways.

Just like Ephesus and Pamukkale, Mardin is the ‘next big thing’ as far as iconic Turkish destinations go. The Turkish government has ambitious plans to promote Mardin as an international ‘must-see’ tourist stop.

While you definitely won't be the first tourist, consider beating the travel trend by visiting Mardin soon!