BLOG The Best Turkish Beers to Buy in Turkey

The Best Turkish Beers to Buy in Turkey

You don't have to search far to find the best Turkish beers. Many people who haven't been to Turkey assume that people don't drink beer. Yet, this couldn't be further from the truth. Turkish beer brands excel in taste, and some are even imported abroad, thanks to their excellence. Every year, millions of tourists arrive in Turkey, and many enjoy an ice-cold Efes Pilsen or craft beers while sitting around the swimming pool. We also testify that there is nothing better than a decent glass of Turkish beer while watching the sunset on the horizon.

According to the Statista website, every year, eleven litres per capita are drunk, and for choice, the Turkish beer market has an impressive range of strong beers, red ale, dark brown ale, and much more. Many places will serve bottled and draft beer, and to ask for one, say bir Bira lutfen. Your only decision is which one to drink!

Guide to the Best Turkish Beers

It stands to reason that Efes Pilsen (alcohol content of 5.1%) would be the first Turkish beer mentioned since it is the most popular and considered by some to be the national beer. However, the Anadolu group also make other beers aside from this, including Efes dark brown, Efes Light, Efes Extra, and Efes Malt. In addition, in many busy pubs and restaurants, Efes draft is available. To understand the popularity of beer in Turkey, we need only look at the history of this international brewery. The company, also a major producer of soft drinks, is the world's 9th largest brewery and Europe's fifth-largest brewery. Named after the ancient city on the Aegean coast of Turkey, without a doubt, this Turkish beer producer leads the market, thanks to the affordable price, especially of Efes draft. 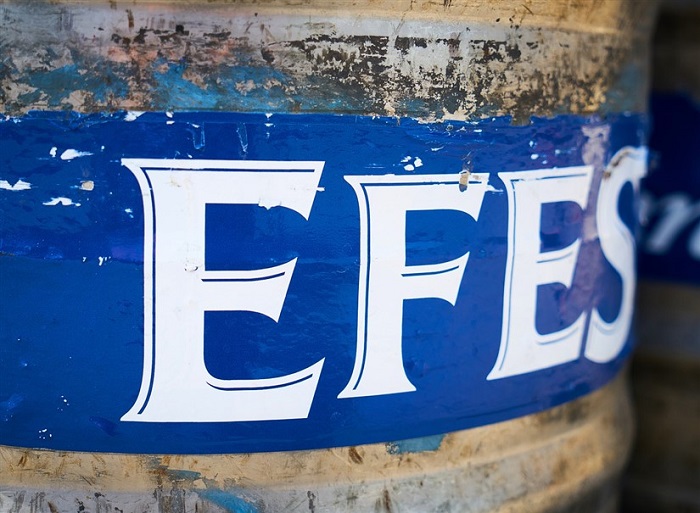 Next comes Tuborg (alcohol content 4.6%), which delivers a good contender for those who find Efes Pilsen too gassy. (A common complaint.) Their most popular Turkish beer is Tuborg gold, but they also make a Pilsen range. Tuborg also imports a few foreign alcoholic brands into Turkey, which includes the Irish stout of Guinness, a favourite for many UK holidaymakers. They also work with the Carlsberg group to produce that beer in Turkey. With 36,000 tons of malt production capacity and approximately 579 million litres, Tuborg Brewery is one of the largest breweries in Turkey. As a result, Tuborg and Efes Pilsen are widely seen as the top two contenders to be the national beer. 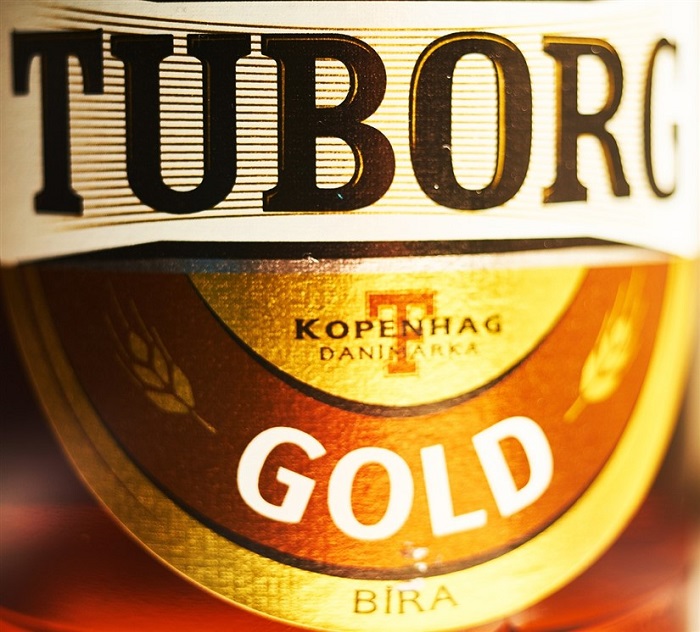 For many years, Bomonti beer hardly featured on the mainstream beer market, yet, around ten years ago, Bomonti brewery became more popular, especially with younger drinkers. The historic Bomonti brand is likewise brewed by Anadolu Efes brewery with an alcohol content of 4.8%, a light formula, strong barley malt, and intense foam. A fun fact is that the old Bomonti brewery was the first to open in Turkey during the Ottoman empire. The Bomonti beer factory was a roaring success thanks to their idea of beer gardens. However, the first world war and subsequent Turkish war of independence halted their success until the 1980s, when Efes Pilsen acquired the original recipe and brand.

Knidos beer company say they are an intrinsically fermented brand that appeals to the discerning palate. First opening for business 50 years ago as the Bosphorus Brewing Company, they stick to a natural production process that gives each malt grain perfection. As well as producing the Tank 1 golden blend lager, they make Route 333 pale ale, the Knidos Pilsner with an alcohol content of 5.0%, the Knidos light wheat beer made from barley malt and wheat malt, and Tutti Frutti beer with an alcohol content of 5.2%. They say beer is 90% water and 10% extraordinary work, patience, technique, research and a bit of mystery, of which they promise to deliver all.

This boutique brewery only started brewing in 2014, but since then has gained a stellar reputation for craft beer brands. As well as producing ale, American IPA and beetroot beers, they also feature limited-production project beers. One of their most popular beers is the amber ale, with an alcohol content of 4.0%, although there are 11 other brands to taste your way through.

Pablo Beer is one of the young craft breweries that has emerged from Turkey recently. Opening for business in 2017 in the Bodrum Mugla region of Turkey, the Pablo brand is named after the owner's dog. With a reputation for excellence in craft beer, they specialise in brewed Pils, Weiss, IPA and stout. They have a distribution network throughout Turkey and are fast becoming a leader in craft beer.

The best place to head to is Istanbul. This is where you will find the best beer halls or pubs, with a wide range of Turkish beers to sample. Popular places include Populist in the Sisli district and Beer Hall in the Besiktas district, which also sells many international beer brands. In addition, AYI has nine pubs in Istanbul, while the United Pub, also in Besiktas, is known for the advice and expertise of their staff in which Turkish beer brands to sample.

About Beer Festivals in Turkey

Although beer in Turkey is widely drunk, there are strict laws regarding advertising. Hence you won't find a beer festival on the scale of Germany. However, if you are in Turkey all year round, look out for the Brewstival beer festival in the Izmir region, usually around September. This is when emerging craft breweries come together to showcase their latest brewed beer brands.

Also, about Food and Drink in Turkey

Turkish Wines: While the long list of famous Turkish wines might not dominate the global market like the French version, every wine connoisseur will still delight in sampling their favourite tipple. When considering alcohol, Turkey is often associated with Raki, made from twice-distilled grapes with 40 to 50% alcohol volume. Yet, those who know Turkey well will testify that their wine production deserves more admiration.

Other Turkish Drinks: The long list goes well beyond stereotypical beverages like coffee and tea, to include refreshing drinks you have never even heard about. The saying goes “when in Rome, do as the Romans do,” so apply the same principle to Turkey because the cultural diversity enhances your holiday. The national beverages allow you to experience all things Turkish, from non-alcoholic to alcoholic to weird and bizarre.

Popular Turkish Food: Alongside tasting the best Turkish beers, you might want to work around the regional delights of food. From the traditional Turkish breakfast to food that goes exceptionally well with craft beer, Turkey excels in culinary delights. So put aside the typical stereotype of a nation of kebab lovers, because these delicious dishes are to die for.

About Us: We are Turkey Homes, and as well as selling holiday homes to people, we help our clients who want to live in Turkey, by sharing our knowledge and expertise. Our team across the country from Istanbul to Bodrum, Antalya and Fethiye regularly write about all things Turkish, so follow us on Facebook to keep up to date with news, tips, and facts about Turkey.