If reports are accurate, Turkey’s Aegean Bodrum peninsula is growing in popularity with huge mega yachts of this world. A recent report by Forbes said so far in 2020, the number of superyachts heading to Turkey has increased, while other countries like Spain have seen a reduction. In August of this year, a reported 63 superyachts were cruising Turkey’s coastline.

Relying on past figures, each yacht cruises for roughly three months and during this time will spend an average of 25 million euros, a figure most mainstream tourists can only dream of. Of course, during the current pandemic, and with travel restrictions in place for many countries, a vast yacht is probably one of the safest places to spend your vacation. The luxury happens to be a bonus. But which vessels are docking into Bodrum this year?

In terms of age, the Scheherazade is just a baby. Delivered to her owner this year, the vessel is spending her first time at sea, lapping up the delights of Turkey’s elite social scene. Stretching for 140 metres, she boasts of a helicopter pad, lift, jacuzzi, spa, cinema, gym, and beauty salon. The 99 metres Madame Gu, distinguishable by a blue stripe on the exterior was also spotted. Featuring the standard luxury items expected from these floating mansions, this beauty includes a squash court, near the helipad. 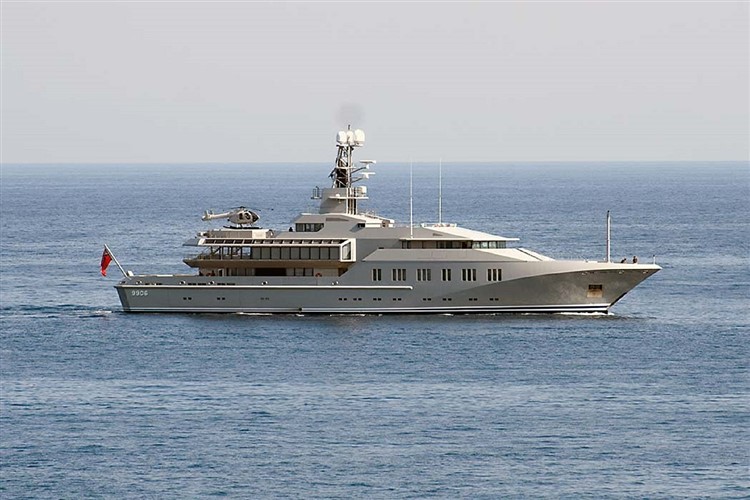 Turkey has for a long time been a hangout for the super-rich residents of Russia and billionaire Alexander Svetakov didn’t disappoint. When he docked in on his 72-metre yacht, called the Cloud Break, he reportedly spent 100,000 Turkish lira in just one day. The fee included rental of a private beach so that he could collect pebbles with his son, and he was generous, dropping an estimated 1000 USD in tips. The Cloud Break draws notoriety thanks to an onboard swimming pool, and unlike other private yachts, is available for weekly rent. It will only cost 1 million USD.

While the increase in popularity and revenue stemming from the mega-yachts is to be celebrated, previous years have seen many other celebrities playing around at sea. Four years ago, Tom Hanks sailed in on the Maltese Falcon. Catherine Zeta Jones, Mark Zuckerberg, Bill Gates, and France’s former president Nicholas Sarkozy are just a snippet of famous faces who have docked in, during recent years. Indeed, Bodrum’s love affair with the world’s rich and famous is not a new trend but a time-honoured tradition stemming back decades.

Bodrum is not only popular with American celebrities and Russian billionaires though. It is a favourite holiday spot for Saudi royalty too. In 2017, Saudi Prince Al-Waleed bin Talal bin Abdulaziz Al Saud arrived at the airport with 300 suitcases, an entourage, and they headed for a mega yacht. In the week to follow, he spent more than £500,000 on shopping and dining out. Prince Nawaf al Saud is another visitor who left jaws dropping with his cash spends, and famous parties onboard his mega yacht. 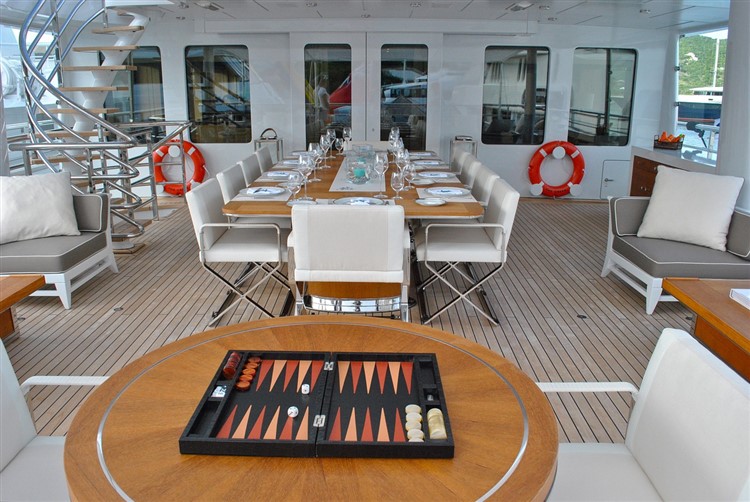 Why the Rich Flock to Bodrum

Driving into town, a man’s face appears on a billboard. The words next to it say “When you reach the top of the hill, you will see Bodrum. Don’t assume you will leave as you came. The others before you were the same too. As they departed, they all left their souls behind.” Arriving in the town centre, the same face appears on a bust outside the local council building, and they named a street after him. That man was Cevat Sakir Kabaagacli, otherwise known as the fisherman of Halicarnassus or the man who made Bodrum famous. 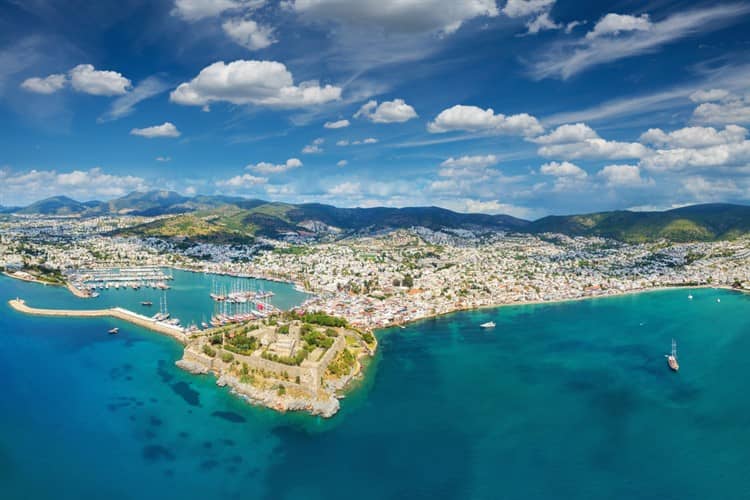 In 1925, he was exiled to the Bodrum area, and following a brief stint in Istanbul returned, because he had fallen in love with it. In years to follow, he turned the concept of going out to sea purely for fishing into a pleasurable pastime through exploration. He invited intellectual members of society to join him on his many sailing cruises that would eventually become called “Blue Voyage Cruises.”

Bodrum’s emergence as Turkey’s sailing capital had started, and Cevat’s legacy ensured it embraced mainstream tourism when it took off in the 1970s. These days, Bodrum excels in everything nautical from the actual construction of crafts to luxury and budget pleasure cruises. A significant factor, though, in attracting more superyachts was the Yalikavak Marina opening. 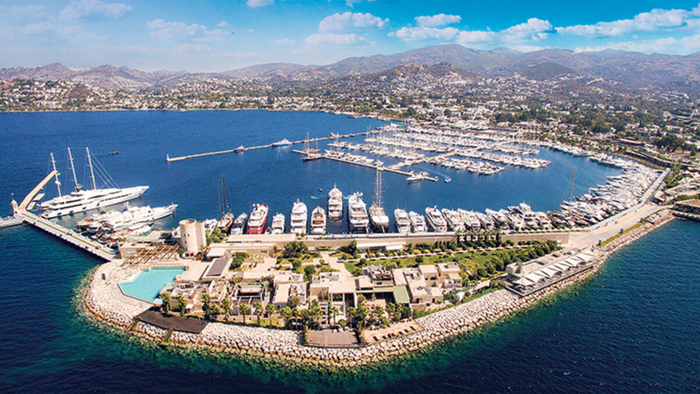 Yalikavak Marina is one of few sailing hubs in Turkey accommodating mega yachts up to 140 metres. If your boat is bigger, they still invite you to drop anchor, use their helicopter transfer service and enjoy top-notch brand name shopping and dining out. In 2018, the yacht harbour association awarded them, Superyacht Marina of the Year, and yacht owners can use their dry dock area for maintenance and upkeep of boats. Rich and famous people also take advantage of concierge and security services.

Such is the Yalikavak Marina’s influence, when it first opened its door, house prices instantly rose. Of course, the old and traditional part of town still thrives, but the marina brought with it a prestigious status. As real estate values increased, housing developers tried to match the sailing world’s ambience, fully aware that for superyacht owners, the price of a luxury mansion would be a drop in the ocean to them. Award-winning architects designed modern, trendy homes that stood out as masterpieces. 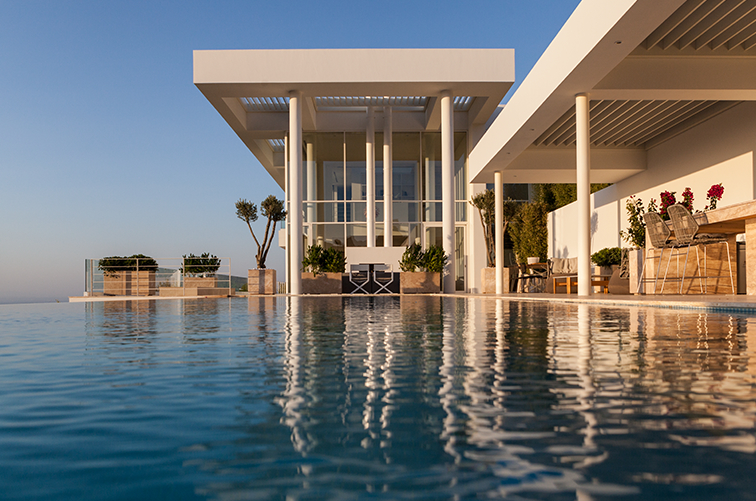 Some houses carry with them a POA status, reflecting if you must ask, you cannot afford it. While others openly fetch six digits or more on the real estate market. Such is their status; specific neighbourhoods have been compared to America’s Beverly hills. One architect whose work features highly on the real estate market is Richard Meier. These villas selling for 4,500,000 USD bear the hallmarks of his career, which are whiteness and geometrics.

When designing, he wanted to incorporate the stunning sea views from all angles hence the high atrium window in the tall ceiling living room. Where possible, balconies face the sea, and the infinity pool doesn’t disappoint either. Many other millionaire mansions also include everything for a luxurious lifestyle, including Turkish baths, saunas, cinema rooms, and gyms.

Bodrum Area Guide: If you want to tour this peninsula, or are thinking of investing in Turkish property, this useful guide is full of advice and tips. See the right-hand side for specific information about coastal resorts including Turkbuku, nicknamed Turkey’s Saint Tropez because it often accommodates the mega-yachts in Bodrum.