Nothing on earth can match the rejuvenating and relaxing benefits of a traditional Turkish bath in Istanbul, although marble steam rooms where this time-honoured tradition happens, exist across Turkey. Indeed, there is nothing better than hot steam that opens skin pores to release toxins before a loafer scrub down with olive oil soap that cleanses the skin leaving it looking fresh and you feeling relaxed.

Also called a hamam, a Turkish bath is widely marketed to tourists as a must-do attraction, but its origins stem from Roman times. Ottomans adopted the process and changed it slightly to the version we see these days. As well as being popular with tourists, it is still a time-honoured tradition adored by Turks, and some of the best and most esteemed Istanbul baths are the best place to make it happen. Everyone has a differing opinion about the best hammam in Istanbul, so we are looking at the top eight, which earned fame and admiration for one reason or another.

8 of the Best Turkish Baths in Istanbul

Many famous people throughout history, including Florence Nightingale, Omar Sharif, Tony Curtis, Cameron Diaz, Kate Moss, and John Travolta, have visited Cağaloğlu Hamam. Open since 1741 and listed in the famous travel book of 1001 Places to Visit Before You Die, it is a large Turkish bath constructed on a former palace site. A unique quality is a baroque-style architecture, rarely used in Ottoman buildings of that time. The steam room also uniquely has a large dome, supported by eight prominent columns. Still adhering to the traditional practice of separating women and men, two different entrances lead to the respective areas. 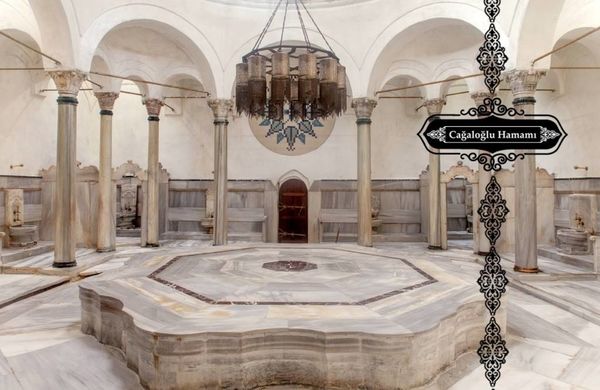 Offering mixed bathing services, a 90-minute Turkish bath experience at Suleymaniye Hamam also provides a nostalgic ambience as one of the oldest Turkish baths in Istanbul. Built in 1557 by the famous Ottoman architect Mimar Sinan, it was the Suleyman Sultan's favoured bath. Although renovation work over many years has modernised it, Suleymaniye Hamam retains much of its original layout and décor, giving an authentic vibe to your visit. 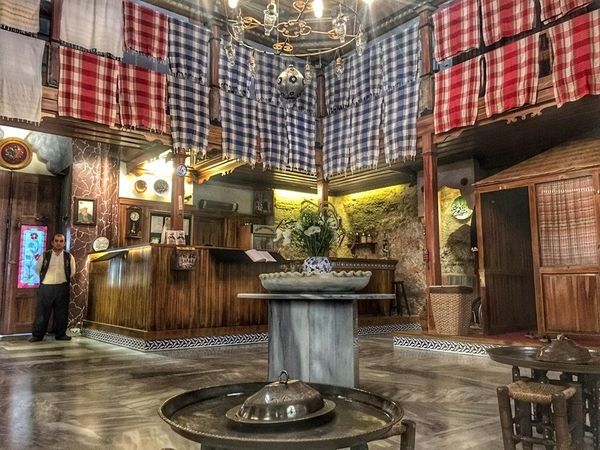 Uniquely employing female and male masseurs, Cemberlitas Hamam is ideal for shy women who want girls to do the loofing and massage services. Located in the old city district near the Hagia Sophia, Topkapi Palace and Blue Mosque, it is another architectural gem built by Master Sinan in 1584. The main entrance, well below street level, leads to two separate dressing sections for men and women. Both roofs in these sections have large domes, a typical tell-tale sign of Sinan's work. The dome theme carries on into the steam room, uniquely built in a polygon shape, even though the room is square. The polygon formed by twelve columns has 38 washing basins; to douse yourself with cold water should it become too hot for you. 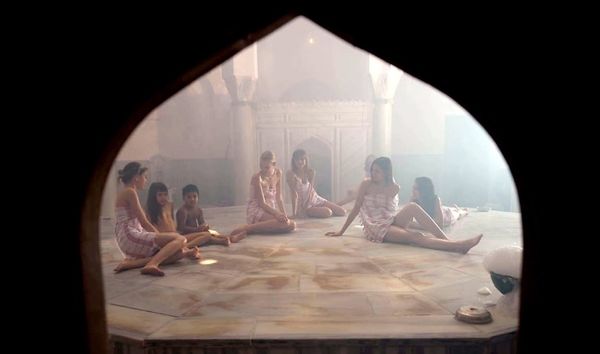 As part of the Mihrimah Sultan Mosque compound, this bath, built in 1565, uniquely tailors the customer's experience, including pre-wedding, circumcision, and childbirth Turkish bath parties. Incredibly proud of their heritage, they also note the importance of traditional architecture in a Turkish bath to maximise an authentic experience. Enjoying lots of local trade, customers undress in private cubicles before putting on the conventional peştemal, a checked cloth to wear around the waist. They then go into the heated sauna room or choose the modern addition of a private Jacuzzi centre. After receiving the loafer massage and rub from a masseur, communal rooms are available to socialise, reflecting its history as a community event. 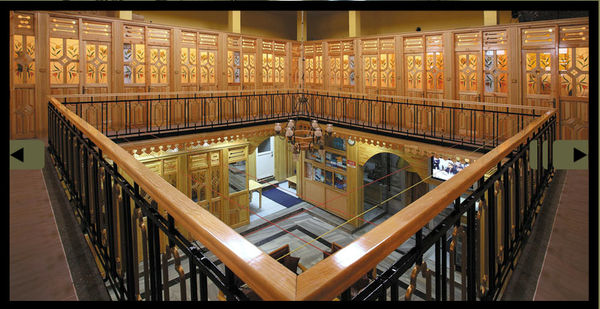 Built in 1481 during the regain of Beyazid the 2nd, the hamam sits within a mosque compound. Urban legends say Gul Baba, a famous poet, was the inspiration for the construction, and his grave is still within the grounds. Throughout history, it primarily served students of the old Galatasaray Liseli, and to this day, is still a favoured Turkish bath for locals. The room keeper (Yanasma) traditionally welcomes customers who undress in a private room before putting on the pestemal. They then go into the steam room to lie on the marble slab (gobektasi) for the massage. A wide range of non-alcoholic drinks is available so customers can relax at their pleasure, after the experience of being steamed and soaped Turkish style. 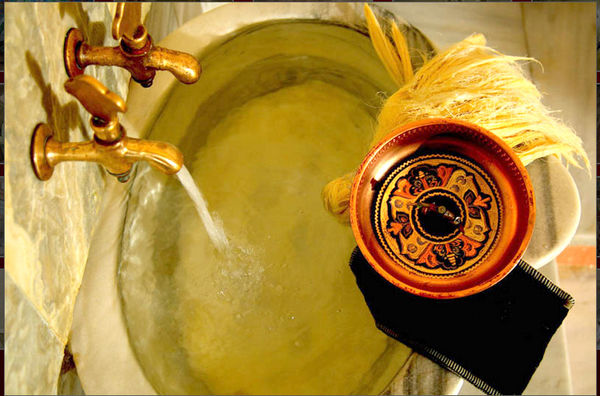 Another historical gem built by the Ottomans favourite architect Sinan, Kılıç Ali Paşa Hamam in the Tophane Karakoy district of Istanbul, stems back hundreds of years to 1583. Initially, its purpose was to serve Ottoman navy sailors. The connection comes from Kılıç Ali Pasa, who commissioned Sinan to build it. Also serving as governor to Algiers, this former slave who converted to Islam eventually became a galley captain. In recent years, it closed for extensive renovation but kept its original architectural appearance. The result is modern facilities but with authentic ambience and vibes. The hamam also has a small shop where you can purchase traditional items related to the process of a Turkish bath to take home as souvenirs. 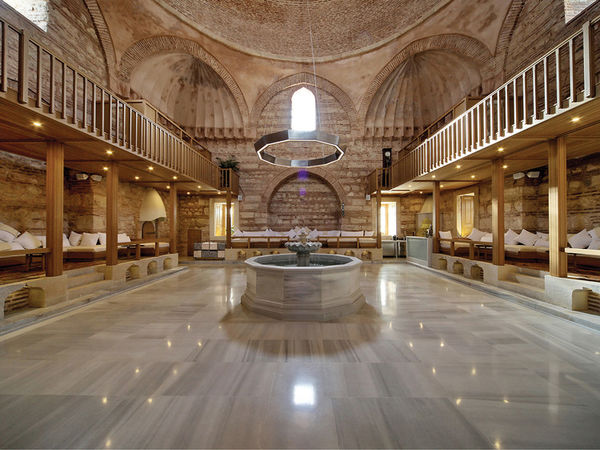 Built in 1454, shortly after the Ottomans conquered Constantinople from the Byzantine Empire, Aga Hamam says they were the first Turkish bath in Istanbul. It was a private hamam for Mehmed the Conqueror Sultan, and the Royal Ottoman dynasty used it until the last days before their empire collapsed. Undergoing extensive renovation in 1844, when it no longer serviced Ottoman sultans' needs, it opened to the public in 1923. These days, its non-segregated bathing options attract tourists and couples who want to experience an authentic Turkish bath house together.

Named after the wife of Ottoman Sultan Suleiman the Magnificent, Mimar Sinan built this massive, 16th-century Turkish bathhouse in Istanbul where the Temple of Zeus once stood. Continuing to operate for hundreds of years, it closed in 1910 and housed prisoners because the nearby prison was overcrowded. It then became a storage facility but was restored in 1957 and used as a carpet shop until 2007. Built in the classical stone, Ottoman bath style, it was a restoration project for Kocaeli University Faculty of Architecture, an expert in historic building restoration. These days, both Turks and foreigners enjoy a Turkish bath, restaurant and cafe sections spread over 3 acres. The hot rooms reach 60 degrees with steam, although if it is your first experience of a Turkish bath or you have any health issues, we recommend you stick to the warm room. 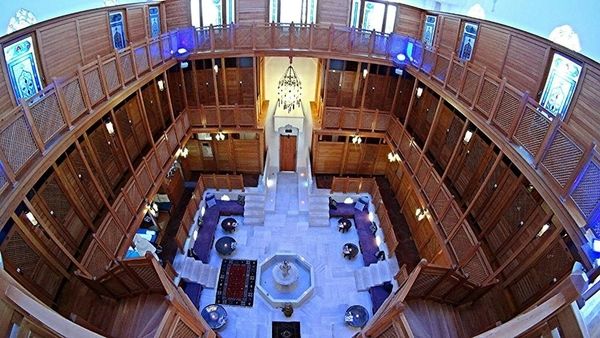 What Happens in a Turkish Bath House?

A Turkish bath's whole purpose is to sweat out impurities and get rid of dead skin through exfoliation. However, certain etiquette also ensures that it is a relaxing and stress-free experience that helps you unwind. In this article about what to expect from a soapy Turkish hammam, we discuss everything to know from the marble slab, scrubbing process, cool room, hot-water, changing rooms, body massage, other bathers, attendant service, ritual, and Turkish towels. After your first go, we are quite sure that you will be hooked and addicted to the best Turkish baths in Istanbul.

Spa and Wellness Trends in Turkey

A Turkish bath is just one of many ways to indulge in Turkey's spa and wellness scene. Whether you want to go to a modern, overnight wellness centre or attend one of Turkey's many natural spring water centres, this article shows why Turkey leads the way in relaxation.