BLOG The Simplicity of the Aegean Cuisine of Turkey

The Aegean Cuisine of Turkey

Turkey is one of the most unique countries in the world, just because the seven geographical regions stretching from the east to the west, tap into three different climate zones, enabling the country to be entirely self-efficient in growing food. So, anyone travelling around Turkey finds themselves on an adventure of various tastes while tucking into regional recipes stemming back for many generations.

Indeed, dismissing the diversity of Turkish cuisine by stereotyping it with kebabs, is a huge mistake. Also, while many say Istanbul is the capital of everything gastronomic, each region deserves personal admiration for their regional specialities and a good place to start in by delving into the Aegean cuisine of Turkey.

Izmir: The Heart of the Aegean Region

Visiting Izmir, the country’s third largest city, is a perfect introduction into historical background of this regional cuisine. Previously known as Smyrna, before a great fire ruined the metropolis in 1922, a mass collective of various cultures ensured its economic success. The Jewish, Greek, Levantine and Ottoman communities swapped recipes and created new dishes that would eventually become regional classics. 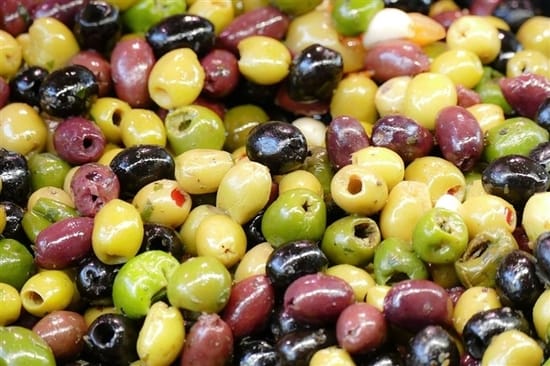 After the fire, the Treaty of Lausanne also prompted the expulsion of Turks living in Crete, and many returned to Izmir, bringing with them, unusual recipes including a fondness for wild greens such as fennel, and nettle, drizzled with a healthy dose of olive oil and garlic. Touring the local eateries of the city centre, particularly in the Kemeralti district introduces many cultural dishes of this healthy cuisine, that frankly deserves more admiration than it receives.

Key Ingredients of the Aegean cuisine of Turkey

As well as the wild greens, mentioned above, key ingredients are fish, seafood, olive oil and herbs. Aegean cuisine is remarkably like its Mediterranean counterpart in southern Turkey, but subtle differences, stemming from local ingredients, easily distinguishes it to the trained foodie lover.

The Mediterranean coast garners fame as the citrus capital of Turkey, thanks to the copious amounts of oranges grown, but the Aegean is the king when it comes to growing olives, a staple ingredient of Turkish cuisine. Seventy-five percent of all the olives grown in Turkey come from the Aegean region, proving the climate is the ideal condition for the simple tree to thrive.

Meanwhile, the herbs and wild green ingredients of Aegean cuisine are celebrated in April, every year at the Alacati Herb Festival. Attendants delightfully tuck into a variety of locally made dishes as part of the festival program.

Held since 2010, it’s a highlight of the social community calendar, but the nearby district of Urla is also on a mission to showcase their local ingredient, the simple artichoke. 2017 was the festival’s third year, to promote the vegetable as healthy, flavoursome, traditional and pleasurable. 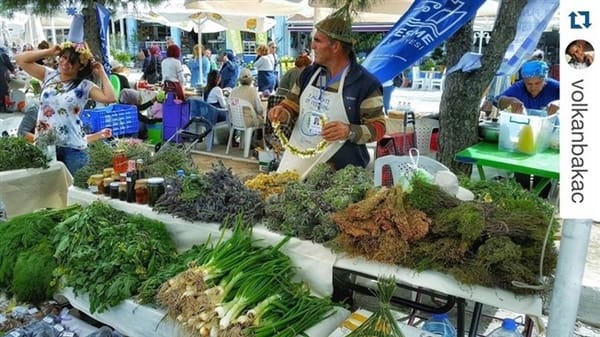 It’s one of the lesser consumed ingredients in Turkey, but festival organisers insist their recipes and dishes have to be tried at least once. Hence they quote the passionate 18th-century food writer Jean Anthelme Brillat-Savarin, who famously said: “The discovery of a new dish confers more happiness on humanity than the discovery of a new star.”

Without diminishing the importance of the ingredients mentioned above, a focal feature of Aegean cuisine is fish, which is no surprise given the significant amount of coastal resorts and towns. In recent years, the rise of fish farms has fuelled many dinner table discussions about the quality, and Turkish diners often insist on fresh fish, straight from the sea. Indeed, a fish restaurant’s reputation can be made or broken simply, on this unwritten protocol.

While sea bream, sea bass and anchovies (hamsi)are popular all over Turkey, Aegean cuisine gives a special place to the simple sardine(sardalya). However, disregard any notion of the western popularity for pickled sardines because locals grill them fresh, and serve it with a fresh salad of finely chopped tomatoes, onions and peppers.

The similar sprat (paplina) fish is also synonymous with Aegean cuisine and often coated in flour before being deep fried. Such is the demand for fish, in summer, family and friends love dining al fresco style in one of the many beachfront restaurants.

Large groups, after feasting on Turkish mezes (appetisers), sometimes order the house special, a whole fish cooked in rock salt. The experience is often an event in itself, as waiters make a dramatic show of setting it alight at the table, before filleting and serving it.

The town of Bergama mostly receives fame for its ancient ruined city of Pergamum and the steep theatre nestled into the hillside, but visitors should also take a slight detour to find eateries serving up the regional classic of Cigirtma. Chefs combine patlican (eggplant)the focal ingredient, with tomatoes, peppers and an extremely healthy dose of garlic, before seasoning it with salt, black pepper and red pepper flakes.

Further south, restaurants on the main highway running through the inland town of Soke, mostly sell one local dish only. Cop Sis, translates into garbage meat, but tasting the small, tasty grilled pieces, with onions, peppers, and tomatoes clearly clarify that the name is a reflection of its status as a budget food, rather than foul tasting.

Otherwise, head back into the eateries of the city centre to explore more local dishes from Aegean Turkey. Our recommendation is Zucchini blossoms, a seasonal classic limited to July, August and September. Picking them must be done at the right time, and they should be carefully cleaned to remove the bitter tasting seeds, with the potential to ruin the whole dish.

Stuffed with rice, and emphasising the region’s use of herbs such as mint, parsley and dill, find a chef who has perfected the art of cooking Zucchini blossoms, and you’ll be pleasantly introduced into one of the most unusual but tasty flavours of the Aegean cuisine of Turkey.