BLOG Then and Now: The Turkish & Russian Connection

As the bird flies, the distance between Russia and Turkey is relatively short. You can reach either country from the other within a day’s drive by following the average 400-kilometre route through Georgia. Naturally, being such close proximity to each other, an entwined historical timeline between the two countries has and will continue to interlink them in many aspects of life.

The History of Russia and Turkey

Some previous interactions have been hair-raising and disastrous while others formed the basis of a real friendship, especially during the Turkish War of Independence from 1919 to 1923. The Ottoman – Russian wars, a series of battles fought between the 16th and 20th centuries was the most turbulent time between the two nations. It finally ended when Russia recaptured lost territory in the north-eastern Anatolia area under the Caucasus campaign. While the occupation only lasted from 1878 to 1919, the vast city of Kars still displays traces of their presence.

The Russian Influence in Kars

Mainstream tourism brochures rarely feature the large city of Kars. This is a shame because it is unique and no other place in Turkey looks remotely like it. Sitting near the border with Armenian, it is not a touristic district, although independent travellers do venture there to see the abandoned, ruined Armenian kingdom of Ani. 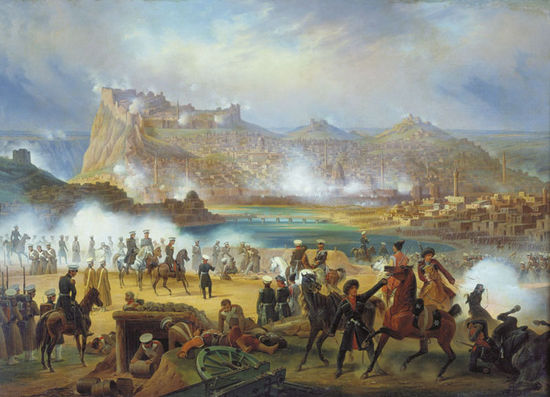 Adding a day onto their itinerary, they also walk the streets to view old Russian neo-classical architecture of public buildings and houses. Russia occupied Kars three times, but it was during the last 40-year stint at the turn of the 20th century that most expansions happened, including the addition of electricity to houses.

Laid out on a grid system, the streets hold marvellous landmark buildings that distinctly stand out because of the wooden or iron balconies and elegant stone décor on the front façade. Particularly on the Ordu Caddesi, many are now acting as public buildings because of their large size.

The Fethiye Mosque, previously used as the Alexander Nevsky Church is an unusual sight with its two minarets topping the Baltic style architecture of Russian Orthodox buildings. The Gazi Ahmet Muhtar Pasa house also previously held an exhibition specifically dedicated to the period of time when Russians walked the streets.

Anyone with interest in Kars city would enjoy reading Orhan Pamuk’s book called “Snow.” Orhan is Turkey’s most famous and celebrated author, and through his story, set in the city of Kars, his dramatic writing perfectly portrays the city’s landscape as seen through the eyes of the main characters. 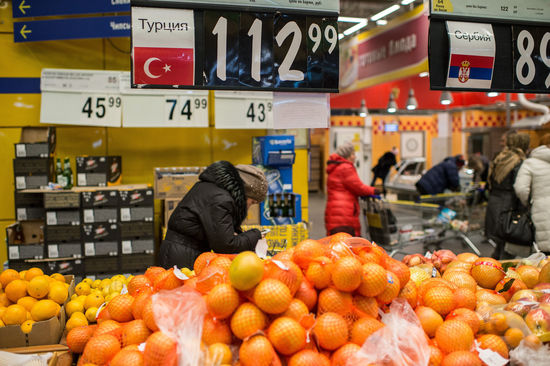 In recent years, relationships between the two countries took a nosedive. In 2015, Turkey shot down a Russian jet after it steered into their airspace. Russia immediately imposed economic sanctions in return. Thankfully, the issue was resolved and sanctions lifted which was good news because the economic trade between the two countries runs into billions of dollars annually.

According to the EPDK, (Energy Market Regulatory Authority), Turkey buys roughly 26 billion cubic metres of gas a year from Russia. Turkey also exports approximately 3 billion dollars of goods a year to Russia including fruits, nuts, vegetables, and machinery, making the co-operation a mutual win for both sides.

Russia and Turkey Agree on the Gas Pipeline Deal

Naturally, when relationships soured in 2015, a planned gas line that would run along the Black Sea coast to the Thrace area was put on hold. Called the Turkish Stream, negotiations were back on the table and confirmed in October 2016. For many, this was a cause for celebration because the project will redraw the energy map of Europe.

Two pipelines are planned, one to serve Turkey and the other to go to Europe, but more importantly for Russia, it means they can bypass the Ukraine. It is not just commercial industry that is strong between the two countries though because many Russians visit and live in Turkey. 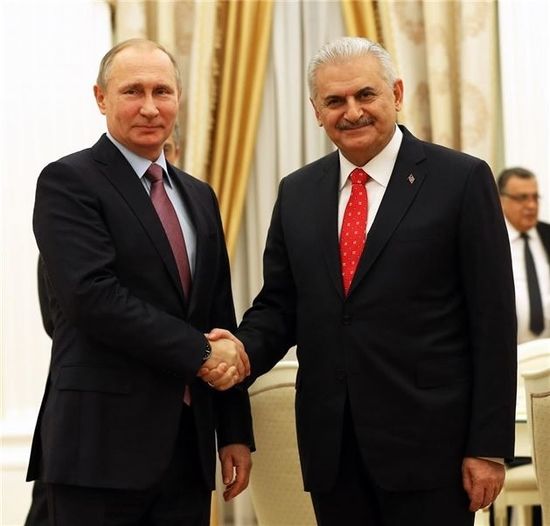 Russian Holidaymakers and Expats in Turkey

Russians tourists started flocking to Turkey in the 1980s. Their government had lifted travel restrictions, and suitcase tourism burst into action. Russians went to Turkey, mostly to the cities of Trabzon and Rize to purchase chocolate, leather, clothes and other items to sell back in the Soviet Union. This industry generated billions of dollars every year and only waned when the Soviet Union was dissolved. By this stage, travel was cheaper and holidays replaced the concept of suitcase tourism.

Russians become and still are, one of the top visiting nationalities to Turkey. While the Aegean coast is popular with Brits and Irish holidaymakers, Eastern Europeans and Russians prefer the Mediterranean coast, in particular, the Antalya district.

Many Russian women also met Turkish men and married them, choosing to stay permanently in Turkey. Then at the turn of the 21st century, Turkey changed their laws and foreigners could legally buy property. At this stage, many Russians attracted by low property prices became expats. These days, estimations say roughly 50,000 Russians live permanently in Turkey, with about 25% of them settling in the Antalya district.

One notable aspect that Turks always remark on is that while Brits and Americans seem to be slow to learn Turkish, Russians quickly adapt and can speak it fluently within a few months. This enables friendships between the two nationalities to develop quickly. To celebrate mutual relationships, an annual culture festival in Antalya features the strong connection between the two nationalities through art, dance, song, and cinema. 2016 was the 7th year that it has been held.

Russia and Turkey have a strong historical timeline and interests in many fields both commercially and culturally so despite recent setbacks, many everyday people welcome the news that relationships have returned to a peaceful and cooperative state.