For many second home buyers shopping in Turkey, the sun soaked Mediterranean coastline is the perfect location. However, if you are looking to invest in a more authentic set up, away from the tourist traps and the sometimes stifling climate of the South coast, the Black Sea region is the perfect choice for authentic Turkish living. This area of lush forestation, cooler coastal regions and traditional Turkish living is often the first choice for GCC investors who are looking for an escape from the dry, hot living conditions of their home countries. But it is not just the climate which attracts Arab customers. The Black Sea region is home to a rich and varied history, areas of astounding natural beauty, incredible ancient architecture, mountainous landscapes and lively towns with exciting nightlife offerings which pose as the perfect gateway to everything that this stunning location has to offer. As a locality less frequented by Turkey’s European visitors, the Black Sea region is the perfect location for traditional second home living. 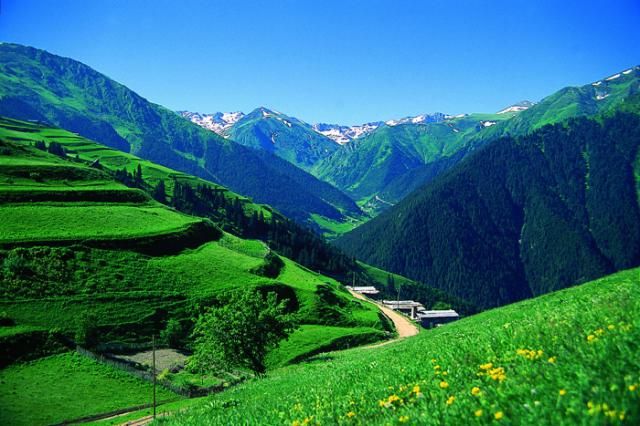 The Black Sea region is currently home to a population of 9 millions with a small majority of people choosing to live in rural locations. Though the overwhelming majority is Turkish, the east of the region is also inhabited by the Laz, a people who speak a Kartvelian language which is closely related to Georgian and converted to Islam in the late Ottoman period. Muslim Georgians can also be found alongside the Hemşin, Armenian converts to Islam, and Pontic Greeks, who converted to Islam in the 17th century.

The Black Sea skyline is dominated by the beautiful Pontic Mountains which run east to west, close to the southern coast of the Black Sea. The area has a damp oceanic climate which has made commercial farming hugely profitable in the region, particularly between Zonguldak in the west, to Rize in the east which is prominently known for its tea cultivation. Tobacco plantations, citrus groves and the production of hazelnuts are also popular, but corn barley, rice, beans and potatoes serve as a main source of agricultural income. The area’s climate isn’t just beneficial to farming. While the summers on the coast can be warm and humid, the winters are cool and damp, also attracting snowfall between the months of December and March, which has allowed for a popular skiing attraction in the Pontic Mountains.

Just as those who dislike the heat and humidity of the summer in the Mediterranean and Aegean regions of Turkey escape to the plateaux of the mountains in the Black Sea region, so do the country’s many visitors from the Arab States. It is the perfect area for nature lovers as the large amounts of rain make the area incredibly attractive with rich flora and fauna, crater lakes, waterfalls, streams, nature walks, rafting, canoeing, hunting, fishing, grass skiing and of course, winter sports. Many areas of the region, particularly in the west, are also within close proximity to the popular city of Istanbul, making it the perfect second home location for anybody looking to do business in Turkey. 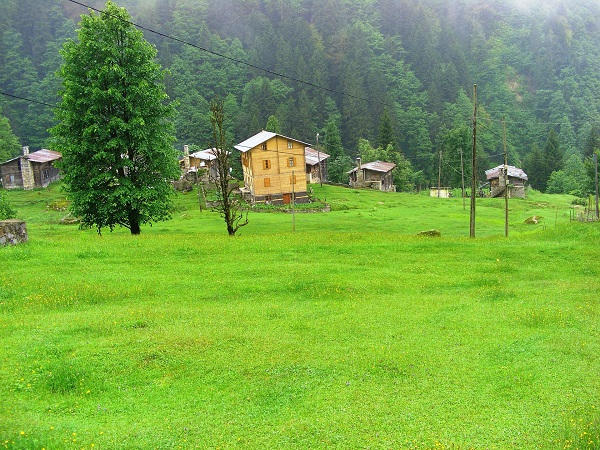 The ancient Greeks ventured onto the Black Sea at the start of the first millennium BC. Between the seventh and fourth centuries BC, the Aegean cities founded numerous colonies and these became the ancestors of virtually every modern Black Sea town, now with Turkifications of their ancient monikers. Many of the colonial and commercial activities of ancient Greece and Rome, and of the Byzantine Empire, centred on the Black Sea. After 1453, when the Ottoman Turks occupied Constantinople, the Black Sea was virtually closed to foreign commerce. Nearly 400 years later, in 1856, the Treaty of Paris re-opened the sea to the commerce of all nations.

Among its vast historical riches with Christianity, Orthodox, Byzantine and Islam, evidence of Genoese, Armenian and Russian settlement can be found around the region with a sometimes disturbing and devastating story attached. The region is also home to the legend of Jason and the Argonauts and their search for the Golden Fleece, and the biblical account of Noah's Ark. Zonguldak, a city a few hundred kilometres from Istanbul, is home to the Cehennemagzi Cave in which Hercules killed the Cerberean Dog according to mythology. Troy, Odessa and Yalta are just a few of the names in this coastal area that have been etched in world history.

From the Crusades to the collapse of the Soviet Union, the Black Sea has witnessed often tumultuous religious and political change. In the face of countless conquests through the ages, the people of the Black Sea region have endured, and today represent a remarkable mixture of cultures and religions. The area is still vitally important as a regional trading centre and provides its inhabitants with treasured resources such as major commercial fisheries, a diversity of marine life, world class beaches and a tangible record of the past with more being found every year. 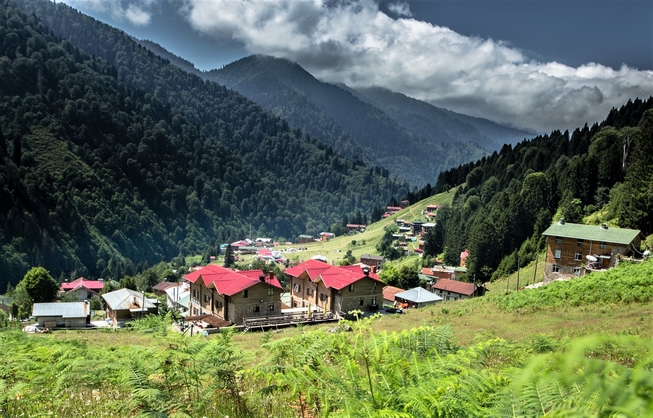 The eastern coast sees far more visitors than the west because it holds more areas of interest and is easier to get to Trabzon, with its romantic associations and medieval monuments is very much the centre of attention. With good air and bus services, it is the logical place to start when exploring the immediate region. It is also the obvious base for those wishing to visit the Sumela, a monastery hanging on a cliff in the lush Altındere Valley, and the scenic Hemşin Valleys, home to a welcoming and unusual people, always colourfully dressed. The city itself has been remarkably attractive throughout its history, and the subject of hundreds of travel books by western travellers, some of whom have named Trabzon, “city of tale in the East”. Its proximity to the Pontic Mountains, Lake Uzungöl and the rich religious history of the area make it the go to city for first time explorers of the Black Sea Region

The Eastern stretch of the Black Sea coast is infamous for its incredible natural beauty and really other than Trabzon, the coast itself between the Georgian frontier and Samsun offers little apart from fine scenery and swimming opportunities. Giresun is an attractive and feasible town with lively nightlife and a nearby island with lush vegetation. Ünye is also nearby and well connected by dolmuş, with isolated beaches nearby. Rize is the heart of Turkey’s tea growing region and is stunning to look at in itself, before you have taken the time to learn about the art of tea cultivation and the interesting history of this favourite beverage. The small mountain village of Ayder is situated close to Rize, up in the lush Kaçkar Mountains of the Pontic Alps. It is a village well known locally and a favourite spot for summer holidays thanks to its dense forestry, stunning waterfalls and hot springs. 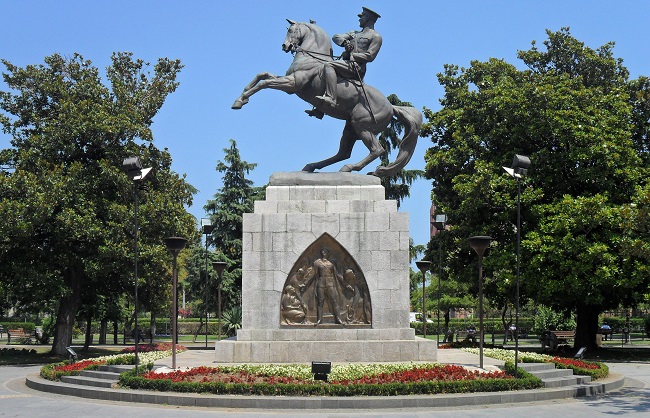 The Central area of the Black Sea is home to the region’s largest city and provincial capital Samsun, a major Black Sea port. The city sports big attractions, opera, museums and sports facilities as well as two universities, several hospitals and many shopping malls. The city has a reputation as an industrial city and at the same time, has taken its place in history as the spot where Atatürk first landed to start the War of Independence on the lands of Anatolia. The monument of Atatürk on a rearing horse is the most famous and splendid monument in the city and the history can be explored further at the Atatürk Museum and Library. For those interested in Ottoman architecture, the Haci Hatun, Pazar and Yali Mosques are prime examples in this city. 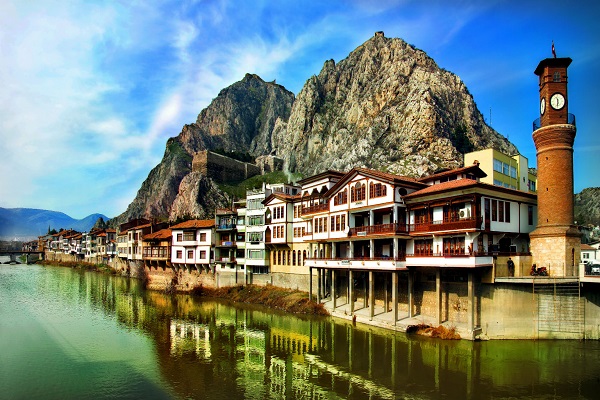 More Ottoman architecture can be found in Amasya, where riverside mansions and ancient rock-cut tombs can be found. The Amasya Province dates back to the Hittites and many Hittie ruins can be found when exploring. For those interested Hittite culture, Boğazkale is the district to visit, located 87km from the city of Forum in a rural area on the road to Yozgat. Because of its rich historic and architectural herigate, the town is a member of the European Association of Historic Towns and Regions.

Amasya gained great importance during the Ottoman Period and became one of the five large cultural centres of Anatolia, where many scientists and Ottoman princes were educated; it has been described as the “Oxford of Anatolia”. The nearby town of Bafra, located to the west of Samsun, is an important tobacco centre, but also known for its rich caviar and thermal springs. Ikiztepe is an important archaeological excavation centre, remaining from the early Bronze. 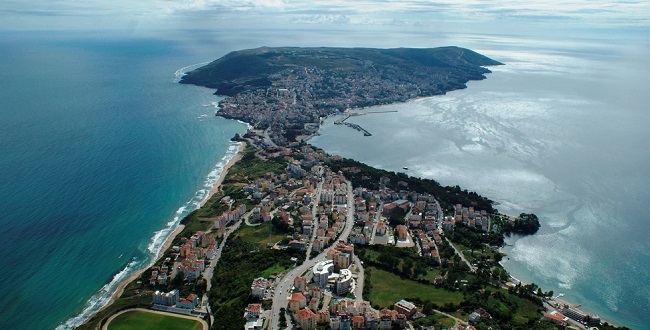 The western third of the Black Sea coast is possibly the most remote and beautiful, home to the ancient port city of Sinop, Turkey’s northernmost tip, and resort town of Amasra. The Sinop Province sits mainly in the western Black Sea area, with a small portion in the Central Black Sea region. The dense climate here has resulted in making the forest products in the province abundant; the best forests in Turkey are in the Cangal Mountains. Furthermore, Sinop is one of the most beautiful holiday places on the Black Sea, with its natural coves such as Hamsaroz and Akliman. Other places of interest include the fourth century BC Sinop Citadel, Alaeddin Mosque, Alaiye Madrasah, Serapis Temple and the Archaeological Museum.

Safranbolu is a preserved Ottoman old town and streetscape with whitewashed houses, located in the Karabük Province and is now one of Turkey’s UNESCO heritage sites. The Old Town preserves many old buildings, with 1008 registered historical artefacts, including a private museum, 25 mosques, 5 tombs, 8 historical fountains, 5 Turkish baths and 3 caravanserais. Avant is a resort which sits around a mountain lake of the same name. It is a popular destination with locals and easy to get to from Istanbul. The lake attracts thousands in the summer months, thanks to its clean waters, pine forests and the thermal springs. Kartalkaya Ski Centre attracts visitors during the winter. 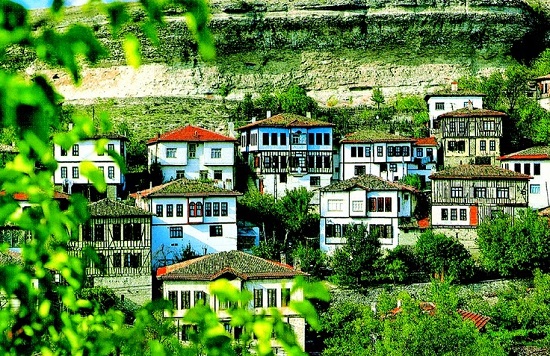 Ilgaz National Park is also an important ski resort in the Black Sea region and has been a protected area since 1976. Bordered by the Gökırmak River in the north and the Devrez Creek in the south, the area is attractive for its many potential outdoor pursuits. Flora and fauna are rich and varied thanks to the climate; forests cover 82% of the total area and the main vegetation group found in the national park consist of forest, underwood and alpine flora. It is also believed that some 30 mammals are found in and around the Ilgaz Mountains including deer, wild boar, grey wolf, brown bear, red fox, wildcat and European badger. Outside of searching for wildlife, the area offers immense winter sports, its ski resort attracting visitors from Istanbul and Ankara, but also opportunities for hiking, camping, caravanning and fishing as well as daily activities.

This only really touches the surface of what the Black Sea region of Turkey has to offer. Endless days and weeks of exploring can unearth the most beautiful coastal and mountainous villages, home to the most traditional of Turkish families and homes, not to mention the unfounded beauty of the area. For those looking for a second home in Turkey, this could be the perfect location for you as it opens up the entire country for exploration. As a country of contrasts, Turkey’s Black Sea region offers a complete opposite to the tourist filled humid and hot regions of the Mediterranean, not to mention the quieter life that the northern region offers, away from the regular tourist hot spots. With Istanbul to the west, Ankara to the South and accessible airports with regular and affordable flights to the Mediterranean coast where properties can be much more expensive, anybody looking to invest from Europe or the GCC countries are sure to find a fantastic deal.