Over the past twelve months Turkey has ramped up efforts to reduce waste and become far more environmentally friendly. Since 2017, new recycling campaigns have saved over 30 million trees and more than 1.7 million tons of cartons and paper products were recycled. To achieve so much in such a short time really does bode well for the future of Turkey. Efforts to reduce the country’s environmental footprint go a long way towards ensuring the country remains one of the world's most attractive locations for many generations to come. 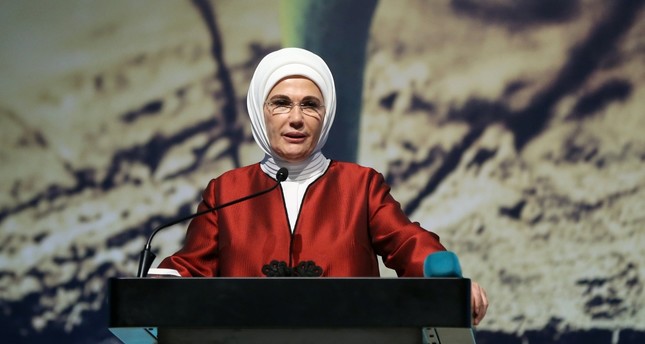 Back in July 2017, Emine Erdoğan, wife of President RecepTayyip Erdoğan, launched the Zero Waste Project. The project implements measures across the country to help limit waste and promote the recycling of plastic, paper, glass, clothing and metal. The aim is to re-purpose as much reusable rubbish as possible and put it to further use.

Turkey is a large country with a population of nearly 80 million. The waste created by homes, businesses and industry each year is colossal. Recent years have heard global cries to "protect the environment" from everything from climate change and deforestation, to water and chemical contamination - all issues that seriously affect the world’s ecosystem. Campaigns like Turkey's Zero Waste Project promote awareness of the need to recycle and dispose of rubbish correctly. They educate the young and promote a change in habits in the old, they highlight the catastrophic consequences that could occur should we not start looking after the world around us and join forces to be more environmentally aware.

"Plastic is the main enemy of biodiversity" said Emine Erdoğan at the Istanbul International Environment Summit on December 6th. In her speech she pointed out the urgent need to reduce the amount of plastic used in packaging and employ ways to deal with its safe disposal. Last November a draft law was submitted to ban the supply of free plastic bags in supermarkets and shops, a similar scheme to the UK. Reusable bags are now found by checkouts in stores around the country and the law is lightly to come into play early 2019, this alone will help reduce plastic levels considerably. Emine noted that it was the responsibility of not only the commercial and industrial sectors, but also the general public to change personal consumption habits, not overbuy goods, and recycle. She pointed out that Turkey now has recycling programs up and down the country and that there are schemes in most provinces to promote the sensible disposal of rubbish. She called for a "change in habits for the sake of the environment". 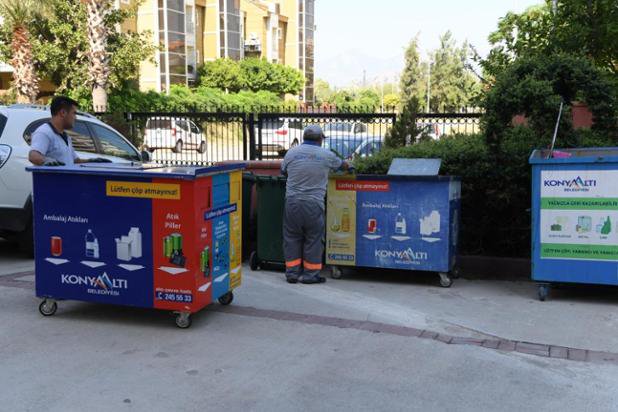 Recycling programs now in place in most Turkish towns and cities

According to the Turkish Ministry of Environment and Urban Planning, Turkey now has over 600 licensed recycling facilities. A law was passed in 2017 requiring Turkish packaging producers to use waste materials in their products, this step alone has already gone a long way to help limit the volume of reclaimable rubbish hitting landfill sites.

In cities, towns and resorts in Turkey recycling bins are now common place. Head to a local attraction, a park or a school and you often see recycling bins placed strategically near the regular bins. Expats and foreigners living in Istanbul and the popular resorts like Fethiye, Bodrum and Antalya have also set up projects to help educate the local community in the importance of keeping streets and beaches clean. Foreign tour companies, social media groups, large resorts and local councils are all now clubbing together to run beach clear up days, rubbish pick-ups in parks and forests, and mass clearances, all fabulous efforts to protect the environment and keep it clutter free. 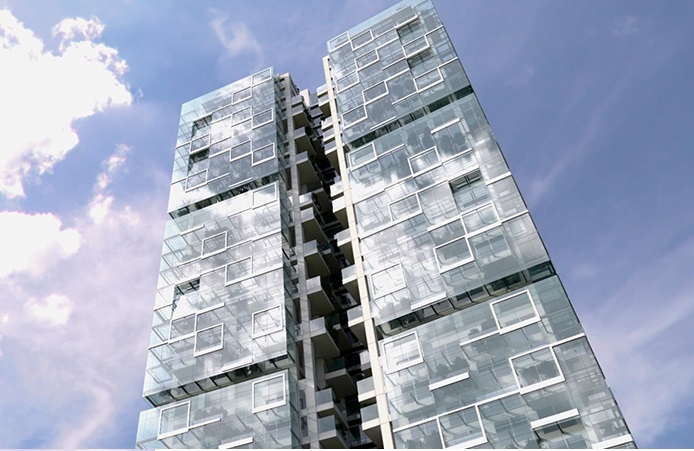 It's not just the packaging companies that are taking steps to protect the environment, many developers of property in Turkey are joining the cause. Here at Turkey Homes we are seeing more developers using reclaimed and recycled products and eco-friendly materials in their builds. Many modern homes in Turkey are now focused on saving energy. Take these Luxury Eco-tech apartments for sale in Istanbul as an example, located in Bahcesehir and available from $343,000 they use a unique type of glass that adds a 35 percent energy saving across the board, and this is just one example. It's great to see the growing number of developers that are becoming more environmentally conscious. The specs of many new properties in Turkey now include recycled flooring, reclaimed wood, eco-friendly paints or energy saving materials. Turkish property buyers are now given the choice to buy environmentally friendly fixtures and fittings in many new build projects, and far more "eco-homes" are hitting the market. Turkey, having been a popular property investment destination for decades, is now finally taking steps to preserve the environment meaning it will hopefully retain its charm and beauty for many generations to come.

If you would like more information on eco-friendly properties in Turkey, or to know more about Turkish property investment please contact Turkey Homes.