Turkish Delights and its history

Without a doubt, one of the most popular souvenirs to buy when visiting Turkey is Turkish Delight. Across the country, every day vendors sell thousands of boxes containing the flavored soft cubes made from starch and sugar, and sometimes covered with a light sprinkling of icing powder. In 1914, the UK chocolate manufacturer, Frys bought out their version of Turkish Delight, but the taste is vastly different from the original version, given that Fry’s version is more of a jellied candy. 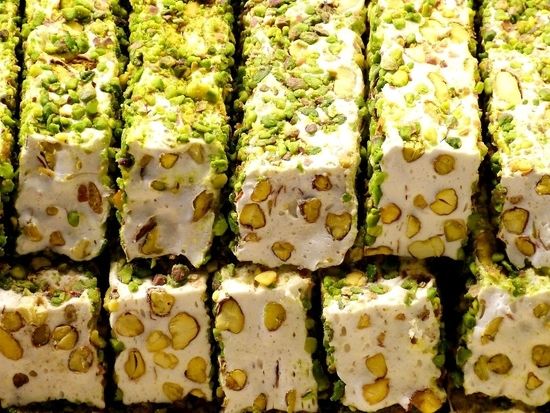 The name in Arabic means, “Throat comfort” and although eaten as a sweet across the world, the Turks traditionally serve it with Turkish coffee to sweeten the palate after the strong, earthy tastes of the coffee beans. Another prominent time, when sales increase is family occasions such as New Year or Seker Bayram, the festival of sweets. The Islamic festival, called Eid-al-fitr in the Arabic world marks the end of the holy month of fasting. People visit each other in their homes so the customary tradition is to give them lemon cologne and sweets, which often include Turkish Delight.

However when and how did the Turkish delight recipe come to fruition? 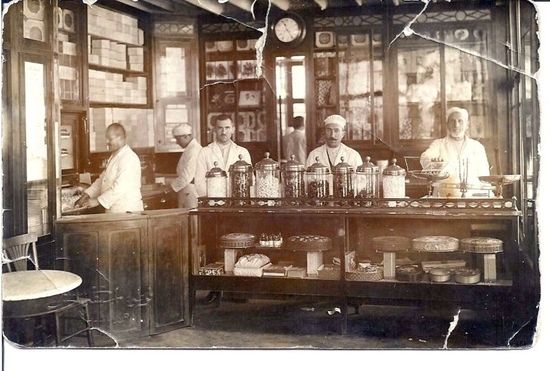 The History of Turkish Delight

Known as Lokum in Turkey, its origins stretch back to Ottoman times and specifically a man named Hacı Bekir Efendi. In his own words, in 1777 after completing a pilgrimage to mecca, he opened a confectionary store in Istanbul. Such was the popularity of his handmade sweets, the Ottoman sultan Mahmud summoned him to the palace and gave him the honor role of chief confectioner, making the sweet for the mistresses and wives in the harem.

By the 1900s, he had passed away but his family continued the business and after a visit to Europe patented the copyright, trademark, and recipe. At the same time, they also started shipping to the western world where it became popular with the upper-class members of society and its western name of Turkish delight was born. Although operating all around the world, the original confectionary shop, now managed by the fifth generation of the family still stands in the Bahcekapi district of Istanbul.

This is the story as told by the Bekir family but the author Tim Richardson, who wrote Sweets: A History of Candy, has questioned its authenticity. His grandfather who was a pioneer shipping Turkish Delight to the UK at the beginning of the 20th century sparked his interest. In an interview with the Independent Newspaper, he says

“I'm sure it is a much older sweet. There is evidence of gummy, syrupy sweets dating back to the 9th century," he says. The Persians developed a sweet, the "no rooz,” meaning New Year. It, too, was made from sugar and starch and cut into chunks. It was displayed on necklaces and eaten during special celebrations. The recipe is repeated in manuscripts pre-dating Hadji Bekir by half-a-millennia.”

Regardless of whether the story is fabricated to promote sales and conjure up romantic images, the importance of Lokum called Turkish Delight in English is now firmly ingrained in Turkish culture and traditions.

Safranbolu: The Town of Turkish Delight

Many Turks say the northern town of Safranbolu, named after the spice that it is famous for producing, makes the best Turkish Delight. The UNESCO World Heritage site has made it for many years and prides themselves on two flavors, in particular, Safran and clotted cream.

The Ozer Lokumlari center with its esteemed reputation for making the best Turkish delight in town has become a mecca for tourists eager to discover exactly what the hype is about. Shipping their products all over Turkey, they claim to make Turkish delight that is not so sweet and extremely light on the palate, therefore evoking a pillow party in your mouth. When visiting Turkey, try it for yourself but be warned, addiction to the soft, chewy sweet often follows.