Like any other culture, Turkish superstitions and beliefs are plentiful. Some are grounded in fear, and hopelessness and a need for protection. Some Turkish beliefs say events predict the future, while others imply a higher power is at work, and there are ways to twist it in your favour. The dictionary defines a superstition as a belief in the supernatural with no credibility or scientific explanation. It is a belief that anyone can attract bad or good- luck depending on their actions.

A similar analogy is old wives’ tales, that have been around for centuries, and were simply mankind’s attempt to explain or justify mysterious circumstances and coincidences.  Superstitions in Turkey date back hundreds of years, and in most cases, the origin is hard to trace. The beliefs also vary from region to region. So, do Turks believe and practise them?

Mostly, no. Fully practising Muslims always take the word of the Quran over any other beliefs and younger generations, especially those who embrace a modern lifestyle tend to “take them with a pinch of salt.” If you see any Turkish superstitions being practised, it is probably just out of habit, routine, and tradition. Beliefs in Turkey often match those in other countries like the number 13, walking under ladders and breaking mirrors but which Turkish beliefs will tourists and foreigners see?

1: Warding off the Evil Eye

This is by far the most common belief and is similar to other countries who have talisman or amulets. The blue, white and sometimes yellow Nazar Bonjuk, wards off the Evil Eye, otherwise people who may be jealous of your success. Often seen in homes, shops and offices, most souvenir shops around Turkey sell the Nazar Bonjuk as necklaces, bracelets, keyrings, bookmarks and much more. The evil eye features in many cultures and has been traced back to the old days of Mesopotamia, although some history experts say it was even used before then. Given the popularity of the Nazar Bonjuk, anyone would be forgiven for thinking blue-eyed people in Turkey are considered lucky, yet the opposite is true. An old superstition says blue-eyed people carry around a lot of envy and can cause much distress to their intended target.

2: Pinch the Ear and Knock on Wood

Are things going well for you in life? Does it seem like you are lucky? If, so, after you’ve spoken about your happiness, pinch your right ear lobe and knock on wood twice, while saying mashallah. Knocking on wood stops the devil from hearing about good fortune and by saying mashallah, you thank God for his protection and having already allowed yourself to receive abundance from him, are wishing for it to continue. Another popular version of a wood superstition is to knock on wood three times to ward off horrible luck.

3: First Customer of the Day

The Turkish word “Siftah” means to make the first sale of the day, and particular importance is paid to it. So, if you are a shopkeeper’s first customer, taxi passenger or anyone else in the sales business, you could suddenly find yourself elevated to super important status. If the person taking your money believes in superstitions, they may throw it on the ground or brush the notes against both cheeks. They are thanking God and wishing for a fruitful day ahead. Dropping money to the floor could also be seen as planting a seed for more fruit, i.e. money.  This is not purely a Turkish belief as the word siftah features in many Middle Eastern cultures. 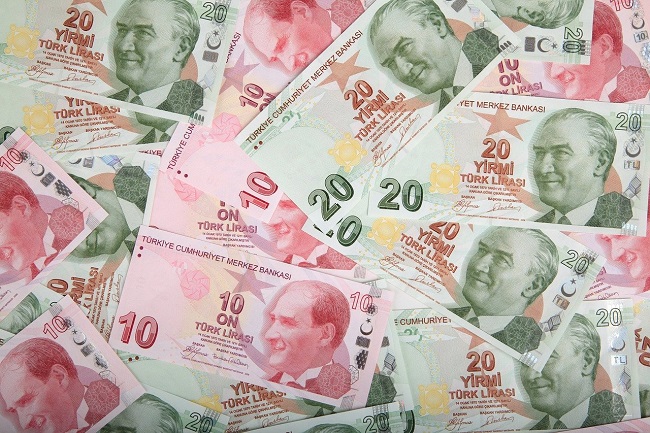 One common belief is to throw water behind someone leaving on a journey. Your wish is their trip will be as smooth as flowing water. This isn’t an excuse to waste water though because boling water with no set purpose attracts bad luck. Also, if someone dies, pour water out of any jugs, or containers holding it. Lastly, it is a bad idea to wash clothes on Tuesdays. If you want a wise baby, conceive on a Friday, and chewing gum at night is the equivalent of chewing on dead flesh.

5: Turkish Beliefs in the House

Many things make a Turkish home stand out from others around the world. Firstly, Turks have always believed, you should never wear shoes in the house because you bring in dirt from outside. When visiting, you will be handed a pair of slippers. Secondly, you might spot the above-mentioned Evil eye to ward off bad luck. A visitor to the home is considered special, hence the tea and coffee pots are likely on the go every day. Turks also love their lemon cologne, to refresh their visitors, especially on hot summer days.

There are hundreds more beliefs, so we have listed more related reading in part two of Turkish superstitions. Including the devil and jinn, superstitious events, how to attract good fortune, and folklore beliefs, it is a further introduction into understanding ancient and modern Turkish culture.

Turkish Culture: Alongside Turkish superstitions and beliefs, a great insight into the country is to delve into their culture. In this article we list things that make the country stand out including Turkish carpets, the traditional hamam, circumcision, pregnancy and both rituals, food traditions, daily greetings, and common expressions.

About Us: We are Turkey Homes, a property and investment specialist with offices all around the country including Istanbul, Bodrum, Antalya, and Fethiye. We have taken all our local knowledge to from our blog about Turkey that talks more about places, the culture, history and living here.