BLOG Where To Find Ottoman Houses in Istanbul

Do not underestimate the cultural importance of Ottoman houses in Istanbul. Rarely mentioned in travel guides, and often overshadowed by the historic Sultanahmet district, containing the famous Blue Mosque and Hagia Sophia, the homes display what life was like for regular, average everyday Ottomans.

Many of us who have explored grand palaces in Istanbul know about the quirky and heroic adventures of Ottoman royalty, but it is harder to find information about everyday life in the city, then called Constantinople. Mark Twain’s book called “The Innocents Abroad”, mentions it but for real time inspiration, many travellers head off the beaten track to discover the only heritage left, which is the houses.

Bridging the gap between everyday life, both past and present, while some are under protection status, others, constructed from wood, sit in disrepair. To ask if they will still stand twenty years later is a good question, and the answer is most likely no. 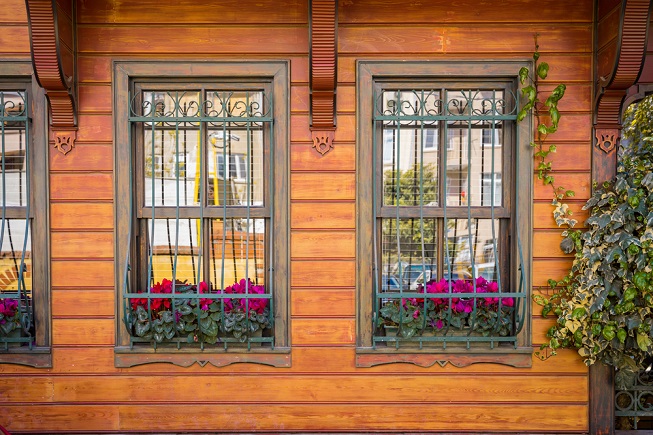 Architecture of the Homes

As well as looking at their cultural importance, the architectural gems portray a style and design no longer seen as Istanbul embarks on a modern, trendy real estate market to cope with the demands of today’s house buyers.

Typical layouts of Ottoman homes were two or three storeys. There is nothing unusual about this because most city dwellings make ample use of space. However, even though usage and purpose changed over the years, a common theme was one room for many purposes, including eating and sleeping.

Toilets were in the courtyards and only incorporated into the inner buildings in later years. Built from wood like pine and oak, in the 19th century, it was banned for being a mass fire hazard, hence their historical status. Other Ottoman homes include the Exedras, a half-circle with windows, on the front facade. So, if you want to seek a cultural gem away from the touristic places, head to the following destinations for a glimpse into the past.

In 2003, UNESCO stepped up to the podium to save the crumbling houses of Fener and Balat. Fast forward a decade later and walking tours of the two neighbourhoods grow in popularity as people head to stairway slope (Merdivenli Yokus) and Kiremit street. These neighbourhoods’ historical importance stems from Jewish, Greek, and Armenian influences, which leads to exciting tales to tell. Restored and repainted in bright colours, both streets attract Instagram fans and alongside the houses portray daily life away from tourist areas. So, take a full day to explore these neighbourhoods and stop by cafes, and local landmarks while there.

Often called Istanbul’s unspoiled district, Kuzguncuk also attracts locals and Turks from other areas, who enjoy exploring the streets, of which the dwellings stand out because of their colourful appearance. Deep shades of red, blue, and green, combined with bright shades of yellow and pink form the perfect Instagram picture without filters. Spot famous mansions in Perihan Abla street and wander other streets to discover local shops, cafes, galleries, and churches. We guarantee a fantastic day out.

Houses on this street date from the 19th century, and the road is near to the Sultanahmet area making it easy for all tourists to see them. Its name meaning ‘street of the cold fountain’ does not show the houses’ beauty, of which a few restored to their former glory, are now hotels. 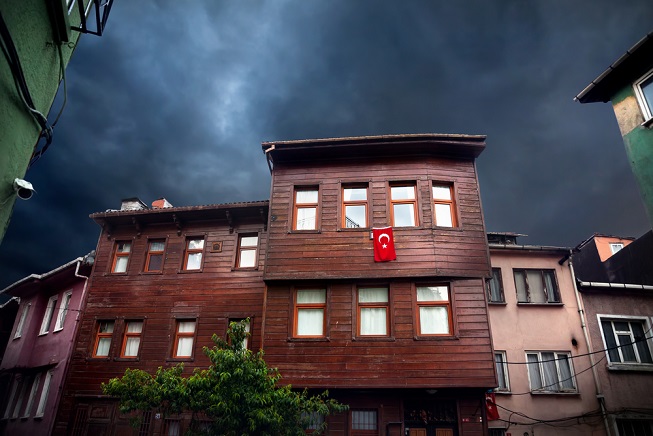 Many wooden homes in Zeyrek and Suleymaniye will not be there in decades to come even though restoration attempts have taken place. UNESCO calls Zeyrek and Suleymaniye a “Global Cultural Inheritance” and although the Zeyrek project has already restored many homes, hundreds more await the same procedure. In that time, moisture, termites, and a general lack of maintenance contribute towards their demise.

The above suggestions show ordinary Ottoman houses, but to see luxury, high-end villas that are Turkey’s most expensive real estate market, take a Bosphorus cruise to spot shoreline Yali mansions. Built during the Ottoman empire by wealthy and elite members of society, most also used the wood construction material and carry protection status; hence any lucky millionaire able to afford one must gain government permission before carrying out repairs or renovation. Read more about Istanbul’s villas for the super-rich.

Other Places in Turkey to Find Ottoman Houses

As well as the Ottoman houses in Istanbul, other places in Turkey receive fame for their architectural gems. Safranbolu, a famous destination with protected dwellings, is also a UNESCO World Heritage Site. Alongside Beypazari, near the Ankara region, both were trading stops on the old silk road, and while there, visitors’ book into the restored Ottoman hotels to see the interior décor as well exterior architecture.

Amasya also did an excellent job of resorting dwellings sitting alongside the main river running through the town, and a local museum details Ottoman life in these homes. All three open-air museums are a delight to explore. Homes here differ because locals used stone to build the bottom half, and wood for the top, therefore, minimising fire risks. Last, if you are in the Bursa district, head to quaint Cumalikizik village, also a UNESCO Heritage Site.

Seven Hills of Istanbul: Like Rome, Istanbul was built on seven hills. Many people visit the first, which is the Sultanahmet district, and in this article, we discuss the six other hills, and what to see and while there.

Bosphorus Villages to See: Another exciting way to get to know Istanbul, is to tour the Bosphorus villages like Bebek, Arnavutkoy, Ortakoy and beachy Kilyos. Each offers something spectacular and for many locals are the go-to place at weekends.