City skylines say much about people who inhabit them, and Istanbul's tallest buildings are no exception. Standing out among the Ottoman empire remnants like minarets of mosques, bridges, and iconic landmarks, they stand for a generation that strives to break records. This is nothing new because humanity has always lived to break boundaries, and massive constructions are just one way to do it. In history, prominent rulers looked to build significant landmarks as a sign of their wealth, power, and dominance.

Two perfect examples are the sprawling royal complex of the Topkapi Palace and the Hagia Sophia, once the world's most giant domed building, that sits in the Sultanahmet district and reflects when Istanbul was called Constantinople. Heading to other countries, the Palace of Versailles in France stemming over 67,000 square metres is another perfect example. As time passed, humankind became less obsessed with size and more with height. Tall landmarks are also not about showing off wealth.

They reflect innovation, achievement, intelligence and are a status symbol that says there is nothing we cannot do. There is even an official body that outlines specific specifications about what can be called a tall building. The CBUTH (Council on Tall Buildings and Urban Habitats) works worldwide, and given Turkey's obsession with tall structures, they also have a branch in Istanbul. So which landmarks in Istanbul reflect the city's status as a leader in architectural trends?

CBUTH official stats say Skyland (an apt name) is the Istanbul tallest building in Turkey and the 7th tallest in Europe. Standing at 284 metres (932 feet) in height, the structure comprises three towers containing office space, apartments, shops, and a home design centre. Completed in 2017, the two taller buildings have 65 and 64 floors. Architect Peter Vaughan, who also completed many UK projects and the 50 floors Seyrantepe Towers designed Skyland. Given its prestigious status as Istanbul's tallest building, buying a penthouse suite will set you back over six digits. 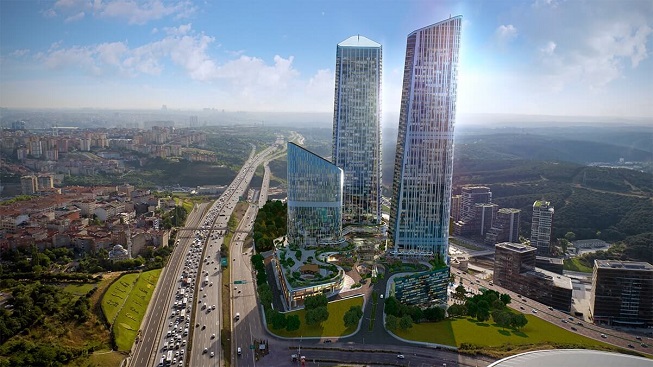 It was a close competition between two giants because Metropol would have been the highest building until Skyland knocked this impressive structure off the chart by a mere 4 metres! Sitting in Atasehir, Metropol cost a staggering 800 million USD to build. RMJM, a British architecture firm, designed the landmark covering 58 floors and reaching 280 metres in height. Composed of three skyscrapers and two smaller structures, the project includes a shopping mall, 16 screen cinema, open-air promenade, office space and residence apartments. 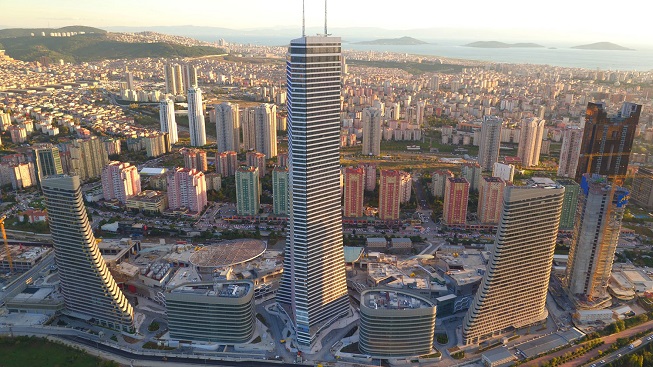 Plans didn't go well for the team behind the Diamond of Istanbul skyscraper. As well as being sued by Sheraton hotel for blocking their Bosphorus view, construction was halted because of technical difficulties, and according to CBUTH, its status is on hold. The all-encompassing development includes a 300 room 5-star hotel, a 35,000 square metre shopping mall, a giant aquarium, office space, botanical gardens, five floors of underground parking, residential apartments, and a conference hall for 1400 people. Not including underground car parking, the project has 48 levels and reaches 268 meters. The investor, Hattat Holding, says they have reapplied to the Ministry of Environment and Urbanisation. 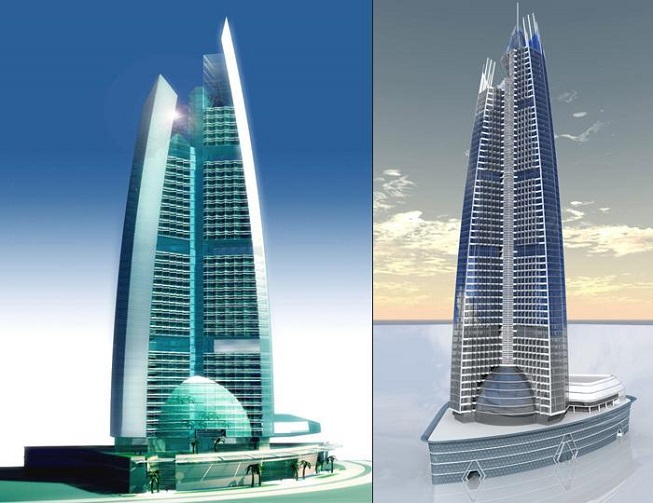 The plaza of Sapphire Tower, a famous landmark, was the city's tallest skyscraper until 2017. Standing at 261 metres, 55 floors are above ground and ten below it, and the Sapphire building is Europe's 12th highest building. Once again, this building combines all lifestyle elements under one roof with shopping malls, restaurants, cinemas, a mini-golf course, a swimming pool, office spaces and 187 apartments. However, its unique design was ground-breaking because designers incorporated atriums and gardens in between exterior shells, so residents never feel the downside of an urban lifestyle. If you visit the Levent district, head up to their roof terrace restaurant for a mesmerising skyline view. 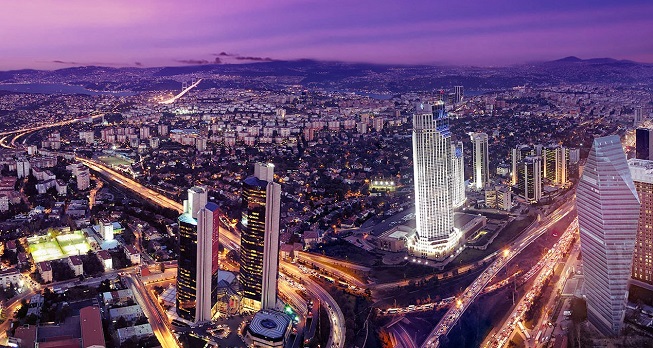 This prominent city likes to lead everything the country does, but the Istanbul skyscrapers may soon be knocked off the charts. Proposed plans for the Folkart Highlife tower in Izmir will reach up to 400 metres in height, while plans for the Merkez Ankara office tower reaching 301 metres will make it the second-highest building in Turkey.

The CBUTH is yet to confirm its status, so watch this space. Putting Istanbul's tall buildings aside, another iconic landmark, the Taksim Ataturk Cultural Centre, is to be replaced with a new, modern version reflecting the best of modern Turkish architecture. Read more about the project here.

About Us: We are Turkey Homes, a property and lifestyle investment agent with offices all over the country, including Istanbul. If you are looking to invest in Turkey through real estate, browse our portfolio of apartments and villas for sale in Istanbul. Each listing contains everything to know, including price, location, residence features and contact details to find out more or arrange a viewing.

Alternatively, if this discussion about Istanbul's tallest buildings has piqued your interest, you might also like to read about housing styles in the city. From the old fashioned, traditional wooden mansions to new, modern apartments, this article talks about them all and is a perfect snapshot of the housing market.