BLOG How to Enjoy the Nightlife in Bodrum

Bodrum on the Aegean coast of Turkey is a nightlife hub renowned throughout the country for its professional after dark entertainment. Summer evenings pulsate with old and new music, dance shows, laser displays, and let your hair down vibes as locals, holidaymakers and expats gather to soak up an open-air partying ambience.

With a reputation for excellence in hospitality, Bodrum embraces the weird, active, lively, and traditional aspects of hedonistic indulgence. Even Turks from Istanbul, the country’s biggest city say Bodrum is the mecca of parties and evening fun. However, for newbies in town, what are the nightlife choices on offer?

Exploring the Nightlife Scene of Bodrum

With a long-standing reputation as the capital of evening fun in Bodrum, Halikarnas also enjoys success as one of the biggest nightclubs in Turkey. With a separate 24-seater VIP section, it is the place to be seen and a favourite hangout for the jet-setting elite including a visit by the late Princess Margaret. 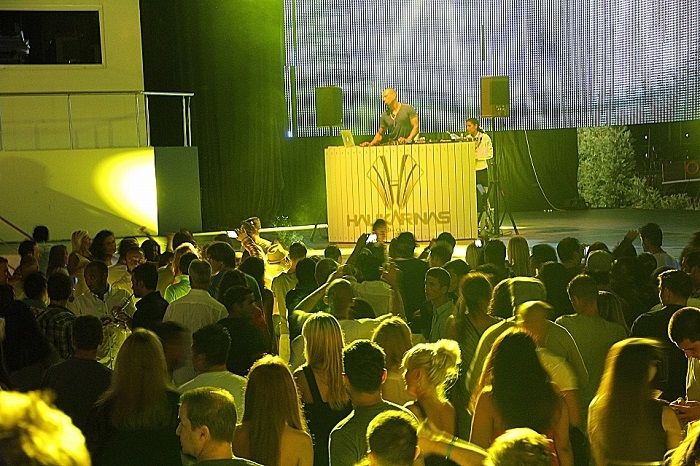 The Arabesque Lounge focuses on Middle Eastern décor, and music while the main dance floor plays Turkish and Western nightclub hits. If the dancing gets too much for you, pop upstairs to the Zen Lounge, to relax and recharge your batteries. Dance shows by the in-house team are a weekly feature as are guest appearances by some of the best DJs in the world.

Halikarnas is open every night during summer, and drink prices are high however for a treat, it is worth every penny. Halikarnus also focuses on more than just music because their Secret Garden Restaurant is the brainchild of Jade Jagger, daughter of the famous English musician.

Starting at the square near the castle, Bar Street, a mile-long strip of venues, both traditional and modern is more affordable than Halikarnas and typically attracts a younger crowd. Veli Bar, another long-standing establishment of Bodrum, wins excellent reviews for its live music entertainment.

Further long Fora boasts of terrific seaside views and excellent fish dishes coming out of its kitchen, but the bar section with its all-encompassing selection of local and imported drinks, is a favourite, haunt, especially for locals. The White House Club and Bar have earned a loyal legion of fans with a wide cocktail range, laser light shows and dance music while plenty of other small bars promote a more authentic experience with live Turkish music. 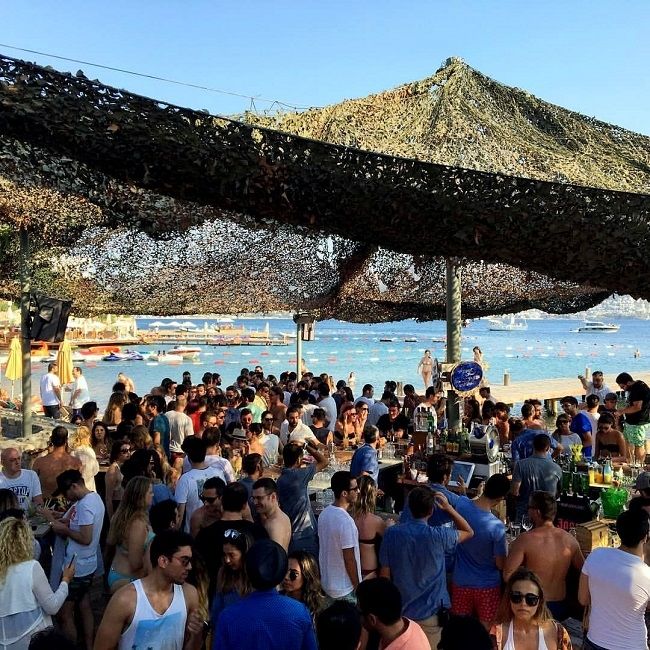 Check Out the Beach Clubs

Known as the day-to-night concept, coastline beach clubs offer relaxation and swimming during the day but turn into party venues when the sun goes down. Xuma Beach Club in Yalikavak is one such example. Often holding concerts and supporting the yearly Sunsplash Music Festival, they also have an in-house resident DJ every night of the week during summer.

Otherwise going with the tagline of “Music sounds better with you,” the Sail Loft Surf Shack that has been around since the turn of the century is a windsurfing hangout during the day and party haven at night. Sounds like the perfect summer but in 2016, the beach club that made major headline news was the new Blue Marlin at Mandarin Oriental. 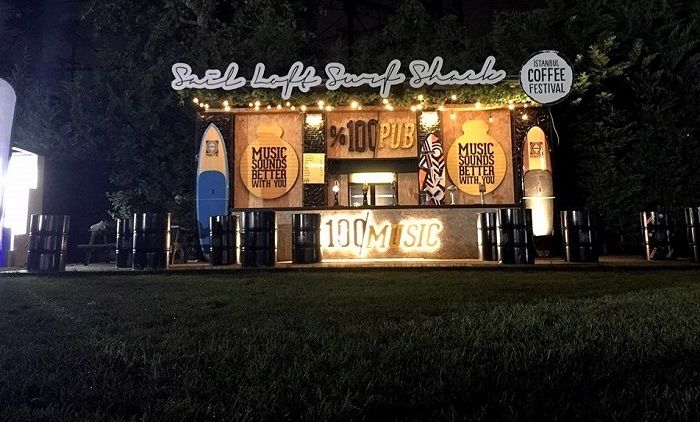 The advent guard beach and lifestyle concept that originated from Ibiza opened in June at the luxury get-away resort. With a management team that stems from the partying capital of the world, Las Vegas, Bodrum’s elite society flocked there to a new culturally stylish concept of nightlife in Bodrum. It enjoyed raving success and is all geared up for another great summer season in 2017.

Dance on Water in a Floating Disco

Another favourite of visiting Turks, the Bodrum Catamaran entertainment centre says it is the biggest floating disco in Europe. Open since 1999, the transparent dance floor crowds up with young and middle-aged night clubbers looking to enjoy an open-air venue. With professional dancers, a VIP lounge, dance shows, and famous DJs, the 2500 people capacity Catamaran is definitely not for anyone who likes a slow-paced nightlife. So what happens, if you set sail and then decide you don’t like it? They have even thought of that, as speedboats will take you back to shore. 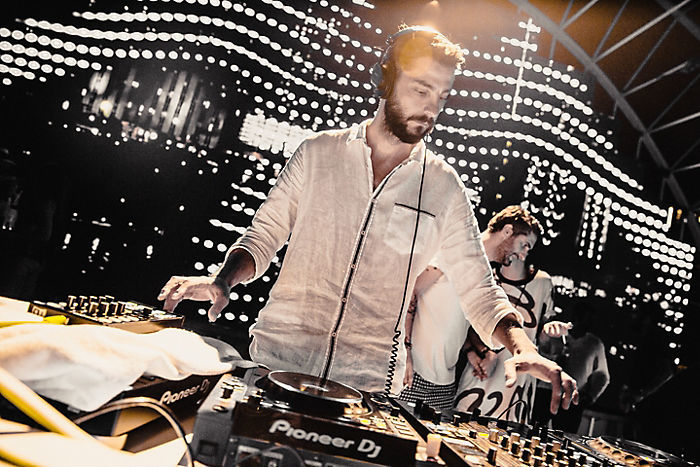 So all the suggestions above are fast-paced and lively, but where should you go for a slow, relaxing evening? The good news is that Aegean dining is big business in Bodrum. The concept revolves around snacking slowly on mezes while enjoying good conversation with friends or family, and slowly sipping fine wine or traditional Raki.

Many rooftop restaurants offer this themed evening based on alfresco dining because cool summer nights are too much of a lure to stay indoors. Alternatively, if you are looking for an expensive meal cooked by some of the best chefs in the world, the Roof Marine restaurant at the Marina Yacht Club leaves you with wonderful memories of summer in Bodrum, especially if you follow it up with a visit to their in-house Jazz Bar.

Further Reading: You may also be interested in reading our area guide to Bodrum that talks about beaches, shopping, and need to know travel tips. Our blog featuring other places and attractions in the country also delves into the subjects of culture and food that you must try!