To list interesting facts about Istanbul would take a book. This is no surprise given its iconic status as Turkey’s most prominent city. From the urban infrastructure to food to history to people, it would be fair to say the city exists in a different bubble to the rest of the country. To truly understand it, the way locals live, the culture and heritage would also take a lifetime.

So, in this article, we have picked a well-rounded group of facts to introduce the city and give everyone reasons to visit. Before we begin, let’s mention a widely untrue assumption. It would amaze you at how many people think Istanbul is Turkey’s capital, but Ankara is. This does not diminish its importance, though, because it is the hub of business, finance, education, tourism and an iconic destination.

1: It is the Only City on Two Continents

The Bosphorus strait runs through the middle of Istanbul and splits it into two continents. This shows why, for many centuries, empires have fought battles to gain control of the straits. The historical district called Sultanahmet sits on the European side as does Taksim, and Beyoglu, often called New Istanbul, that is the heart of shopping and nightlife. However, over the last decade, as tourists become more independent and seek to get off the beaten track, the Asian side has become known as an alternative, exciting place to explore. A great way to see both continents is from a Bosphorus cruise. 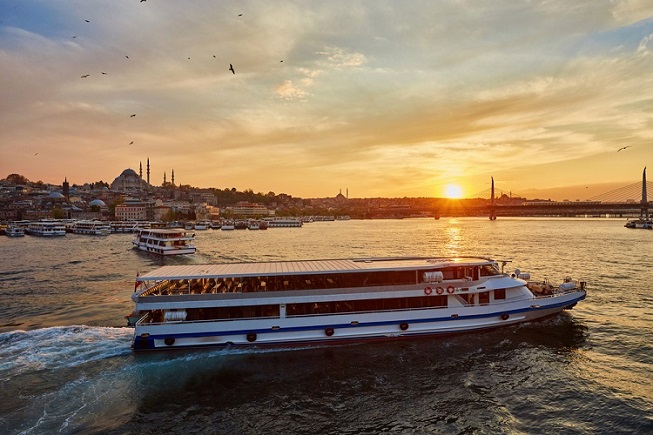 Before Ottomans conquered Constantinople, the Byzantium Empire ruled and, in an effort, to replicate not only Rome but also outmatch it, they too built Istanbul on seven hills. Most visitors tour the first hill without realising it because it is also home to the Hagia Sophia, Blue Mosque and Topkapi Palace. Likewise, the second hill that runs to the Eminonu shoreline is home to the world-famous Grand Bazaar. Read more about the seven hills of Istanbul.

In 1867, the famous author Mark Twain sailed into the Golden Horn on the Quaker ship. Along with a group of friends, he was completing one of the most significant trips of his life and wrote about it in his book called the Innocents Abroad. However, Mark Twain was not that impressed with what he saw.

Although the Hagia Sophia is an iconic building, Mark Twain called it “the rustiest old barn in heathendom.” Likewise, he called the Grand Bazaar, that was and still is, one of the world’s largest market, “a monstrous hive of little shops.” He did not like Turkish coffee, and the local custom of a Turkish bath did not impress him. The Innocents Abroad was the worst travel endorsement for the great city, ever written. 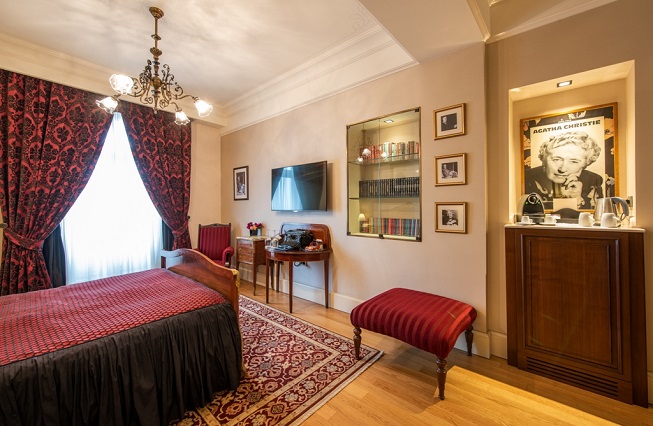 4: Agatha Christie and the Mystery of Room 411

Agatha Christie wrote her novel, Murder on the Orient Express at the Pera Palas hotel. It was the only one with electricity, and many celebrities stayed there. In 1979, a physic said Agatha Christie’s ghost contacted her and said the key to her mysterious disappearance, some fifty years earlier, lay in room 411 in the Pera Palas hotel. She said to find a key and a box with a hidden notebook under the floorboards. Hotel management only found the key and not the box. Some say it was all a publicity stunt, while others say Agatha haunts room 411. If you have 1600 Turkish lira for a night’s stay, you can find out for yourself.

5: Exiled Royalty and the Princes’ Islands

During Byzantine and Ottoman rule, exiled princes or princesses, lived on the Princes’ Islands sitting off the Asian coast. Out of the nine islands, these days, Buyukada is the most famous. It was also the place of exile for five byzantine princesses. These days, it is more of a retreat than prison and many locals catch the ferry to the car less island. Wandering the streets also throws up a delightful collection of old Ottoman houses and their original wooden architecture. Whether in Princess island or other districts, if you are seeking three bedrooms villa in Istanbul, visit our property listings.

An urban legend says in 1669, a beggar found a stone sitting on top of a rubbish heap. He sold the stone to the local spoon maker for three wooden spoons, who sold it to a jeweller for ten coins. Two other jewellers spotted the stone and sensing its beauty, an argument occurred. The grand Sultan Mehmed the 6th heard about the debate and wanted to see the stone. It ended up in his possession, and these days is the world’s fourth-largest diamond and the 86 carat pear-shaped stone still sits in its original home, the Topkapi Palace. 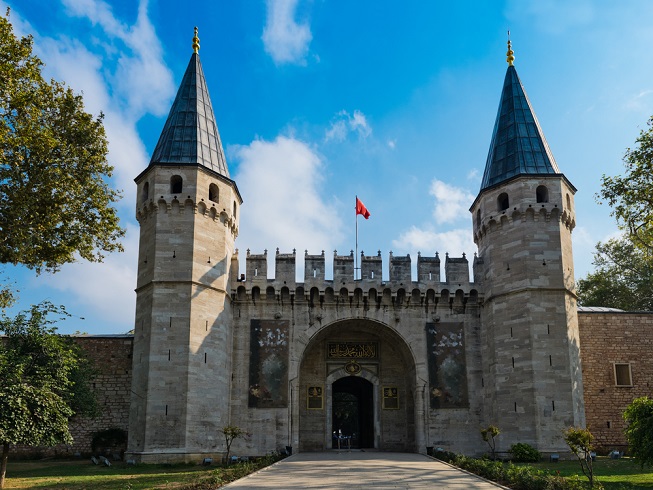 Diamonds aren’t the only precious item within the walls of the Topkapi Palace. In a small room sitting off the third courtyard are the sacred relics, also called the holy relics. Items within the collection include Moses’s staff, Muhammad’s footprint and his sword, and Abraham’s pot. Meanwhile, a separate room holds, hair from Muhammad’s beard, and an autographed letter.

In the same section, a mufti recites the Quran, and they always ask visitors to maintain respect and silence. Alongside this collection, and the spoon makers diamond, other exhibitions include the royal armoury, treasury, clothing, and personal items from Ottoman royalty. This means Topkapi place should be on the list of first-time visitors. 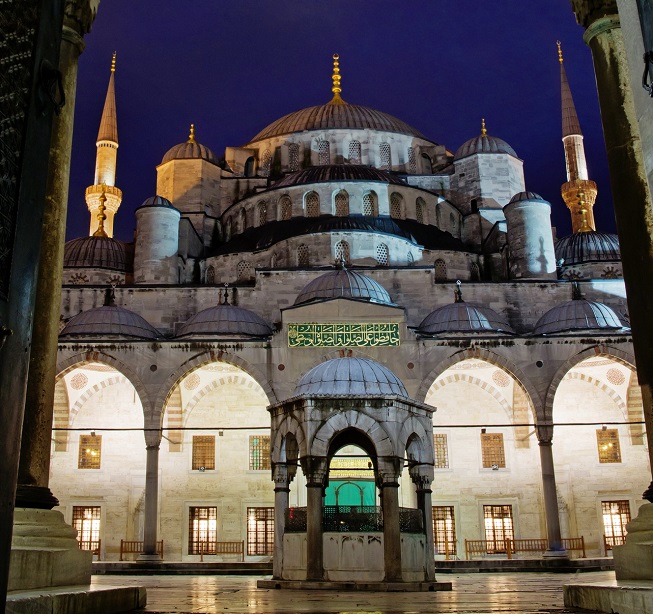 In Turkey, every day, mosques perform the call to prayer five times a day. When you are in Istanbul, an excellent experience during this time is to go up to the viewpoint of Galata Tower, to hear them sound out across the city. It is quite a sound considering Istanbul has over 3000 mosques. The most famous, the 17th-century Blue Mosque sits in Sultanahmet square, while the 17th-century Suleymaniye Mosque, also a UNESCO World Heritage Site, is another magnificent place of worship and considered a must-see.

Last on our list of interesting facts about Istanbul is the age-old tradition of Turkish baths. Stemming from the Roman baths, many locals and tourists indulge in this relaxing pastime. Some hotels have modern, Turkish hammams that also double up as spa centres but if you want a sense of bygone eras, head to the 15th century Aga Hamam, that is Istanbul’s oldest Turkish bath. Once used as a private Hammam by Mehmed the Conqueror, it has undergone extensive repairs and renovations over the years, but visitors still feel a sense of nostalgia, as they work their way through the steam room, and onto a massage. Read more about Istanbul’s oldest Turkish hammams.

Free Activities in Istanbul: Exploring this vast city does not have to break the bank because many free activities give you just as greater insight as the paid attractions. From the annual tulip festivals to famous neighbourhoods giving an insight into daily life, budget travellers will find plenty to do.