BLOG Is Asian side of Istanbul worth Visiting?

Visiting the Asian side of Istanbul

Whenever our clients ask if Asian side of Istanbul is worth visiting, we always reply yes, without a doubt. For many decades, Istanbul locals and international travellers ignored Asian side of Istanbul. Things slowly started to change in 1973 when the Bosphorus bridge was built. Then again, in 1988, when the Fatih bridge was built. However, when the internet went mainstream and independent Turkish travel took off, Asian Istanbul became popular. As home to roughly one-third of Istanbul's population, Asian Istanbul also dominates the Turkish travel scene as more visitors seek to discover Istanbul away from the well-known tourist attractions. Additionally, many more people are buying property as an alternative to European Istanbul.

Guide to Why Asian Istanbul is Worth Visiting

1: How to Get to Asian Istanbul

From the European side of Istanbul, catch ferries from Besiktas, Kabatas or Eminonu to the Asian Side. Alternatively, there is the Zincirlikuyu to Sogutlucesme Metrobus but be aware that many Turkish commuters use it, so avoid peak times. You can also use the Marmaray train running from Kazlicesme to Uskudar. The Marmaray under Bosphorus sea rail link, which opened in 2013, travels from Europe to the Asian side in just 7 minutes. If arriving via bus from other parts of Turkey, companies like Pamukkale run many frequent bus routes. For international air travel, head to Sabiha Gokcen airport.

The busy, sprawling waterfront neighbourhood of Uskudar earns high fame thanks to the major ferry port receiving tourists from all over Istanbul. The long promenade running the length of Uskudar also gives off fantastic views, attracting many locals at weekends. They sit in waterfront cafes and bars or head across to the great Maidens tower. Many day-trippers come across from the European shores to seek out the old Ottoman-style houses in Salacak, behind the coast. In contrast to its neighbour, Uskudar's nightlife scene is quieter.

3: About Beylerbeyi Palace in Uskudar

The 19th-century historic Beylerbeyi Ottoman palace and garden is a must-see while in Asian Istanbul. The name translates into "Lord of Lords", and the building was the Ottoman sultan Abdulhamid II's home. Initially, the palace's purpose was as a summer mansion and place to host foreign dignitaries on their visits to Istanbul city. Visited by French Empress Eugene in 1869 and Naser al-Din Shah Qajar of Iran in 1889; other famous visitors included the duke and duchess of Windsor. When comparing it to Dolmabahce palace, it may seem insignificant in size and appearance, yet features like the reception hall with an indoor fountain and pool make it stand out. Also, keep an eye out for the Hereke carpets, which are the most expensive and exquisite in Turkey.

Also sitting in Uskudar, visit Kuzguncuk neighbourhood. During the 15th century, this Asian side area was home to many Jews expelled from Portugal and Spain. Additionally, Armenians were prominent during the 19th century. Hence, churches and synagogues include Bet Yaakov, Bet Nissim, Saint Gregory the Illuminator and Saint Pantaleon to name a few. Other features are the colourful wooden Ottoman houses; and all these buildings throw out hidden gems on every corner. Such is the popularity and fame; many Turkish TV series are filmed here. 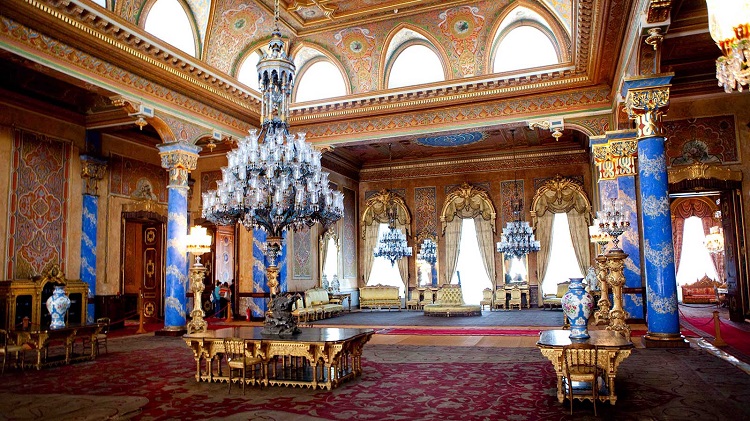 5: The Best of Kadikoy in the Asian Side

Sitting next to Uskudar, Kadikoy's large Turkish student population makes night-times even more busy and exciting than the day. After exploring Uskudar, many travellers also make their way to Kadikoy fish market, where they buy their fish and then take it to Turkish food restaurants to cook. If you want upscale Istanbul for fine food dining, visit the Moda district and the famous Bagdat avenue, where shop rents are the most expensive in Turkey.

Although currently closed, Haydarpasa train station is the most crucial landmark on the Asian side of Istanbul. Additionally, in 2018, while renovation work was being carried out, workers discovered the remains of a Byzantine town; hence the historical value is unmeasurable. Haydarpasa trains station was in use until 2012, but its roots date back to 1909. Another interesting fact is that after World War I when the Ottomans lost, this district of the Asian side of Istanbul was taken over by the British, who turned it into a military base.

7: Other Districts and Neighbourhoods of Asian Istanbul

Atasehir is where the planned finance hub of Istanbul will be. Exclusive Beykoz at the Bosphorus entrance boasts of stunning old yali ottoman mansions among the coastline and massive amounts of green space. Many students live in Cekmekoy, while Kartal is going far out to turn themselves into a green area of Asian Istanbul. Coastline Maltepe is proving popular with property buyers who don't want central locations, while Pendik is home to Sabiha Gokcen airport and the Formula 1 racing track. Sancaktepe sits on the edge of forested areas, while Sultanbeyli keeps a conservative and low-key atmosphere. Sile is a popular day trip out of central Istanbul, and many Turks own summer holiday homes there and in nearby Tuzla. Lastly, Umraniye is also a highly desirable place to buy property in Istanbul.

8: Attractions and Things to Do in Asian Istanbul

Princes Islands: Princes' Islands, off Istanbul's Asian side are perfect getaway destinations for residents of Turkey's busiest city. Just a short ferry ride from the European and Asian side of Istanbul, the Princes Islands provide rare insight into a multicultural society in modern Turkey. The nine islands, four large and five small, are closed to traffic. The local council banned motorised vehicles for environmental and pollution reasons, giving the Princes Islands more feel for bygone eras.

Other Places in Istanbul: We hope we proved that Asian Istanbul is worth visiting. But there is a lot more to see. When deciding which other places in Istanbul are the best, prepare for an avalanche of choices. Covering the Asian and European sides, there is a historical story on every corner. As the former ruling capital centre for the Byzantine and Ottoman empires, interesting buildings, churches, and mosques make up Istanbul's tourist attractions.