BLOG Mount Nemrut (Nemrut Dagi) in Turkey: Is it Worth Visiting?

For well-preserved monuments and ruins, Mount Nemrut in Turkey steps up to the podium as spectacular. Also called Nemrut Dagi in Turkish, archaeological work on the old structures has unveiled large statue heads often appearing in travel magazines promoting the country. Confirmed as a UNESCO World Heritage Site in 1987, it has gained monumental fame for its cultural history. Yet, historians still know little about it and think there is much more to this story to unravel. The gigantic statues and carved inscription texts make it just as intriguing and mysterious as Stonehenge or the Pyramids. While its location is remote when compared with other historic sites, many people on round the country tours put it on their itinerary for its outstanding universal value.

As well-preserved Hellenistic ruins with stunning landscape scenery to boot, King of Commagene Antiochus ordered the commission of monuments and statues. The location on Mount Nemrut’s slope at 2150m high reflects his gratitude and appreciation to gods from that time. The historic site spreads out across the north, west and east terraces, of which the latter is the most important because of archaeology remains. The tall statue heads made from limestone reach as much as 10 metres high, yet archaeologists are still keen to locate the tomb of King Antiochus, which they believed was also here. UNESCO says its cultural importance is because the kingdom had Greek and Persian influences. 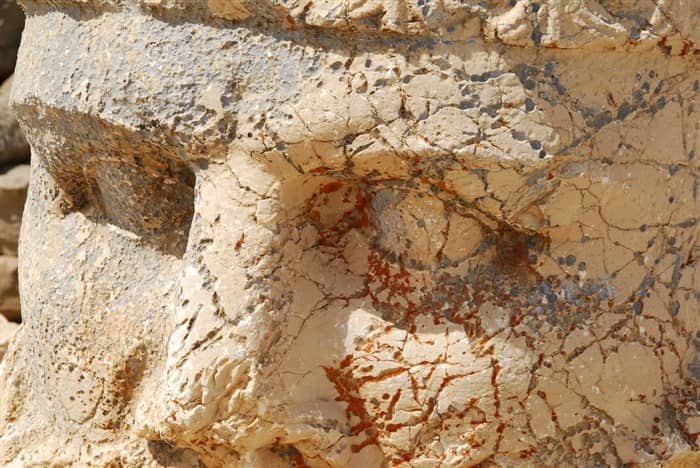 According to the official website, no ancient sources talk about the Commagene kingdom, but in 1881, a man called Karl Selter discovered the ancient remains. From there, word soon spread and Turkish and foreign historians and archaeologists flocked to see for themselves the large statue heads. Kark Sester, being German, naturally informed German authorities and they sent along an expert called Otto Puchstein. Osman Hamdi Bey, who was the Ottoman empire’s greatest painter but also the director for the national Ottoman Museum, joined them.

Together their tasks were to find answers to many questions, including what did the scripture carvings say, and did each statue head resemble someone? Other experts released publications but in years to follow, the Ottoman empire demise, and World War One and the Turkish War of Independence, halted any advancement for further findings. It was not until 1938 when excavations resumed and continue to this day. Anyone interested in archaeological research would do well to seek a book called “Nemrud Dagi: The Hierothesion of Antiochus I of Commagene” which is the best and most informative. 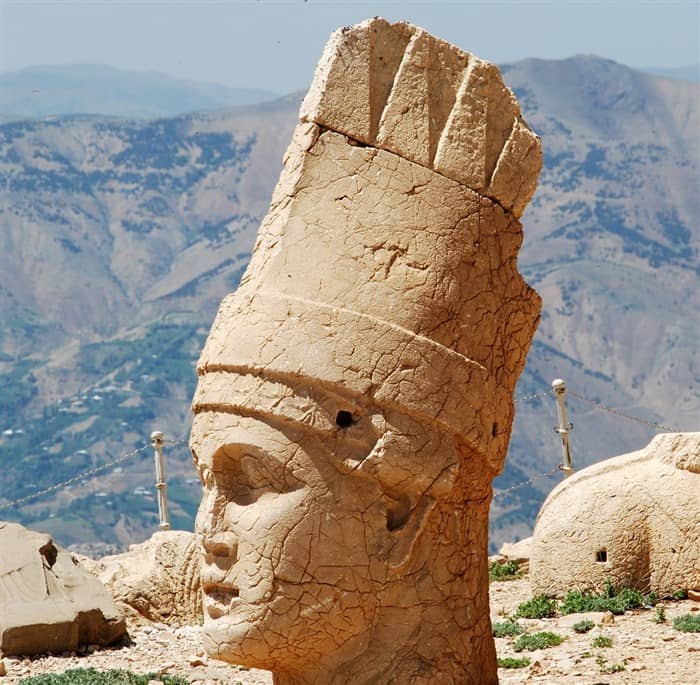 Much concern lies around its preservation and some experts are concerned future generations will not get to enjoy the historic site. Weather in certain months like winds and snow are wearing away the limestone. Although experts carried out renovation and repair works, the weather’s effects are clear to see over the decades. Nicknamed Mountain of the Gods, the best time to visit is early in the morning or late evening because the archaeological remains sitting with a most spectacular sunrise or sunset in the background provide quite a memorable experience.

To get there, many people enjoy the tourist destinations of Cappadocia first, then book an overnight trip. This takes the hassle out of transport, guides, and tickets. Others get independently. Sitting in the Adiyaman region, this involves first catching a bus to Kahta town, and from there, booking a day tour. (From Istanbul, most people book flights.) Alternatively, head further on to Karadut, which is the nearest place with overnight accommodation to Mount Nemrut. Be aware if you walk up the mountain to the statue heads, it is quite a trek. Instead, many hotels and agencies offer car or taxi trips up there. Given its altitude, take warm clothing, especially if you visit early morning or at sunrise, especially during the winter months when snow is possible.

Off-Beat Places: Mount Nemrut is off the beaten track, and if it interests you, we have many more suggestions of beautiful places in Turkey that should be on your bucket list. Whether it is a cultural heritage site, town, archaeological ruins or historical monuments, these destinations intrigue all with a unique Turkish ambiance and lack of crowds.

Popular Places: We love getting off the beaten track to discover ancient ruins, cities, towns, and villages, but some of Turkey’s most popular tourist attractions host millions of visitors every year because of their cultural heritage. Including the historic city from which the Ottomans and Byzantines ruled to the unbelievable white calcium pools of Pamukkale, these are the top five.