BLOG The Eyup District in Istanbul: A Prime Spot for Property Buyers in Turkey

The Eyup district in Istanbul comes to the forefront as a famous outskirt district to buy a home. Eyup, also called Eyupsultan because of its historical importance, first operated as an individual district in 1936, and the population grew from 35,000 to 405,000. Surrounded by many other Istanbul districts altogether, 21 neighbourhoods and seven outskirt villages form Eyup. The short coastline facing the Golden Horn and a longer one facing the Black Sea is a big lure, but many other reasons bring in home buyers from around Turkey and the world. Indeed, especially for international buyers from Middle Eastern countries, Eyup is the perfect district in Istanbul to choose from.

The History of Eyup

Named after Ebu Eyyub al-Ansari, a friend of Mehmet the conqueror, whose tomb sits within the central mosque, the Eyup district’s historical importance was as the first community established outside the main city walls when the Ottomans conquered Istanbul in 1453. Many critical Ottoman artisans, scholars, and soldiers from the period of Ottoman rule are buried in the cemetery. Eyup was important for followers of the Sufi sect of Islam hence the many whirling dervish lodges, some of which still stand today and are awaiting restoration. This is the time people refer to the spiritual era of Eyup and Istanbul. A turbulent time came, though. 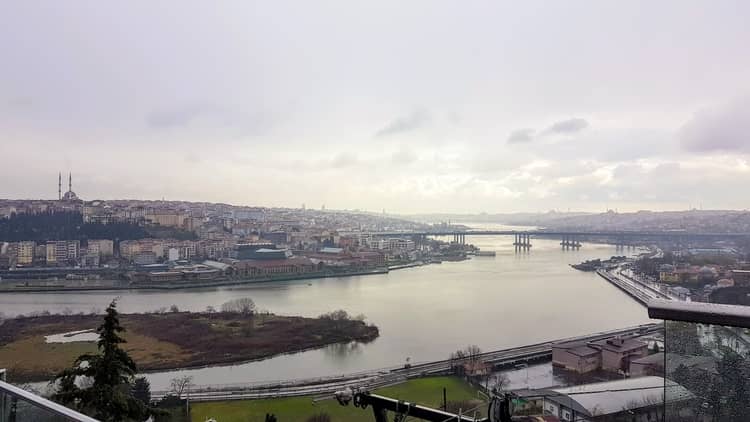 During the 18th century industrial boom, Eyup, like many other places, cashed in by building large factories on the Golden Horn coastline of Istanbul. Eyup earned fame as the centre of production for the fez hat. Unfortunately, like other cities, no one thought about the consequences of mass factory sites, and the district and surrounding polluted waters of the Golden Horn turned everyone off. Many years later, the local council decided to do something, but the slow transformation took decades. They closed the factories, eliminating the horrid stench and slowly wildlife returned to the area. By the 1970s, the future looked bright once again.

Life in the Eyup District Today

Conservative Eyup is an Istanbul district with a robust cultural heritage, hence don’t expect a lively nightlife scene revolving around large nightclubs. Instead, locals meet in coffee and tea houses, as well as parks and gardens. Collectively, the district offers everything one needs for day-to-day living, but should you decide to head into Istanbul city centre, Taksim square, the beating heart where everything happens, is just 30 minutes ride away. Homebuyers love the transport system. Frequent local buses help citizens get around Eyup and to other Istanbul districts quickly and easily. Eyup is also close to Sevgililer forest, an excellent getaway for the family.

As independent travel became more popular in recent years, Eyup district turned into a pilgrim site for Muslims and Istanbul day-trippers, eager to explore Eyup’s Islamic history. They all come to see the Eyup Sultan Mosque. Another main attraction is the cable car ride up to Pierre Lotti hill. Named after the 19th-century writer, who loved the area, the tea gardens at the top offer amazing panoramic Golden Horn views. Another famous landmark, the Magolva Aqueduct, in the Alibey creek district stands at 36 meters high and 258 meters long. The two-level aqueduct still works, but historians place the aqueduct high on the list of respected sites to treasure. Otherwise, after touring Eyup sites, tourists often go across the Golden Horn to visit Miniaturk, home to mini statues of famous landmarks around Turkey.

Real Estate in the Eyup District

Sitting on the Catalca peninsula, altogether homebuyers choose from 28 official neighbourhoods, of which Alibeykoy is a popular one. In history, Alibeykoy featured many cornfields. These days, none of those fields exist, but it sees a high level of interest from domestic and international house buyers, mainly because of the M7 metro line and T5 tram line connections, which are ideal for commuters. Such is the interest in Eyup by home buyers, appreciation is also averaging in at roughly 15% annually, making it one of the best districts in Istanbul for investment.

Throughout the district, modern developments have also changed the housing market. Often called lifestyle residences, apartment buildings feature onsite community facilities like a swimming pool, landscaped gardens, gym, cafes, and much more. If you would like to buy property in Eyup, call or email us today and we will send a portfolio of apartments for sale. Otherwise, see our range of apartments and villas for sale in Eyup here. Each listing contains everything to know, including price, location, home features and contact details to find out more via email or arrange a viewing.

Also of Interest about Istanbul

Eyup is just one district out of 39 that officially form Istanbul, Turkey’s most prominent and vital province. We have taken our local knowledge about neighbourhoods, tourist attractions, history, culture, and traditions to form our Istanbul blog that will be useful to holidaymakers and house hunters. Exploring Istanbul fully would take many years, but we list the most important aspects and need to know.

We are Turkey Homes, a property real estate agent with offices in Istanbul and many other parts of Turkey. Our collective experience and knowledge have enabled thousands of Turkish and foreign buyers to find their dream home in districts that suit their lifestyle and budget. Browse our portfolio of properties for sale in Istanbul here, or call us today if you would like to know more about the Eyup district in Istanbul or about becoming a homeowner in Turkey.