BLOG What is Bursa Known for?

What is Bursa Known for?

To ask, what is Bursa known for, is to delve into the diverse cultural heritage of one of Turkey's premier destinations. Sitting in Northwest Turkey, before 2000, Bursa was relatively unheard of on the international travel scene. However, when the UNESCO World Heritage site list added Bursa's historical buildings to their list, the city shot to fame, boosting its global reputation at the same time. These days, Bursa hosts thousands of international and Turkish travellers who flock to see the main attractions. Additionally, the area is famous for its royal history.

What is Bursa Known for?

1: Bursa and the Ottoman Empire

Many people say the Ottoman empire started in Bursa. This famous dynasty ruled nearly half the world at one stage, so calling Bursa the birthplace brings a prestigious status. However, this differs slightly from the truth. The Ottoman sultans were already a strong fighting force before they invaded Bursa. Such was the achievement of conquering the city; they made it their ruling capital, where the story starts before they invaded Constantinople. 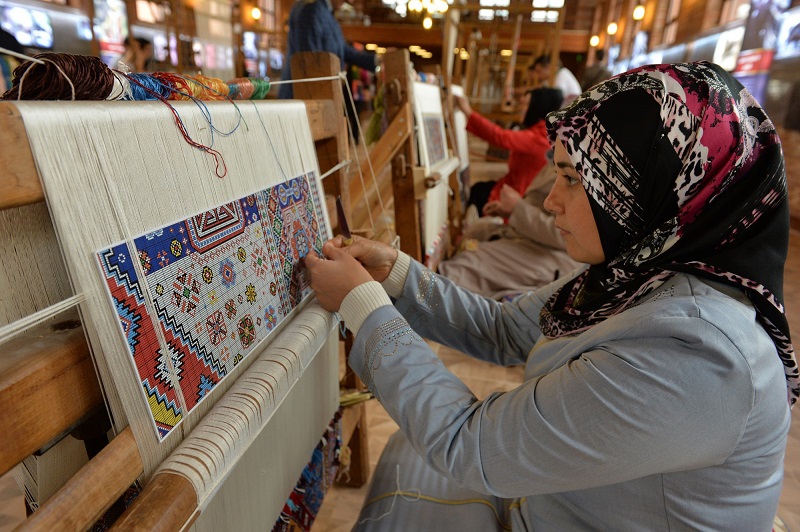 During this time, Bursa sat on the old silk road as a major trading centre for travelling salespeople. However, Bursa excelled in excellent silk and tile production and made a name for itself. There is one ancient building still standing in Bursa today, called Kozahan. The title references the silk cocoons sold there. Additionally, Iznik became famous for 16th and 17th century tile production within the larger province itself. Such was excellent artisanship; the name became associated with royal circles.

Although Turkey has many UNESCO World heritage sites, the buildings in Bursa earn extra fame because their architecture connects them to the once-off style designed during the Ottoman era. Reflecting their culture, eight-city buildings stand tall and proud and attract visitors from worldwide. Seeing them gives excellent insight into the architecture and cultural standards of that time. Notable landmarks include Orhan Gazi's tomb in Tophane Park, Yesil Turbe, and Hudavendigar's Turkish bath.

Let us not forget the 15th century Ulu cami, famed for the 5 x 4 twenty domes and calligraphy wall inscriptions. The stunning exterior and interior Ottoman and Seljuk architecture feature a large fountain and pool under the central dome. If you see Bursa in any travel magazines and a mosque appears in the pictures, the building is most likely the famous Ulu Cami. 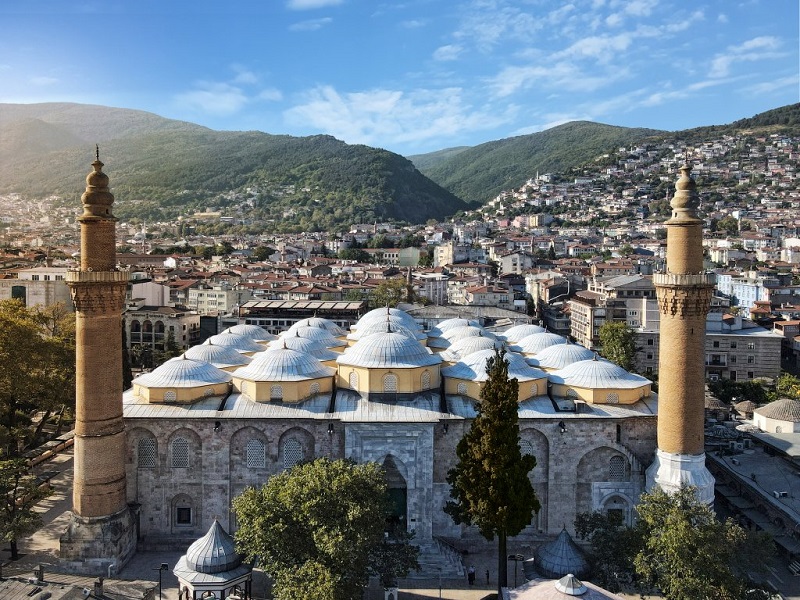 Sitting in the outskirt region, Uludag Mountain, Bursa's prime green spot, is a place to discover Mother Nature and enjoy adventure sports. Visit in winter to experience one of Turkey's top skiing and snowboarding destinations with an average of 3 metres of snow. Meanwhile, once the winter landscape falls away to reveal green plateaus, visitors enjoy biking, trekking, camping, picnics, and quad bike safaris. The cable car operates all year round, and passengers get marvellous views over the mountain that urban legends say is where the gods watched the Trojan wars from.

We are talking about food to tempt the palette and lick your lips. The famous Iskender kebab is sold all over Turkey, but the original and best version is always made in Bursa, where the dish was invented. Take time out in local restaurants to sample fresh pitta bread and donor meat, lavishly smothered with melted butter, yoghurt, and tomato and garlic sauce. Eat it at lunch or dinner for a perfect introduction to Bursa's culinary heritage.

Bursa's city symbol is chestnuts, thanks to the many trees in the surrounding hills of Mount Uludag. In the early 1900s, a family from Yugoslavia settled in Bursa and, upon seeing all the trees, decided to make their famous sweet chestnut recipe. The fame spread throughout Turkey, and these days, Bursa is known for excellent sweet chestnuts. If you want to buy souvenirs while in Bursa, this could be one choice.

In Bursa, at weekends, locals head to Cumalikizik, a UNESCO site because of its old Ottoman houses. Their reason is the sumptuous Turkish village breakfasts with homemade and organic ingredients like jams, butter, honey, cheese, olives, and bread. Cumalikizik's village culture leads to cobbled streets with old Ottoman houses, and one can only wonder about untold stories behind closed doors.

Although Mount Uludag is the most famous natural beauty landscape, Bursa has many more; hence it is known by the nickname green Bursa. The local council has invested much in keeping green spaces for families, including parks and playgrounds. But the other natural beauty landscape is Saitabat waterfall, 12 kilometres from Bursa centre. In addition, Iznik and Ulubat lakes attract locals at the weekends. 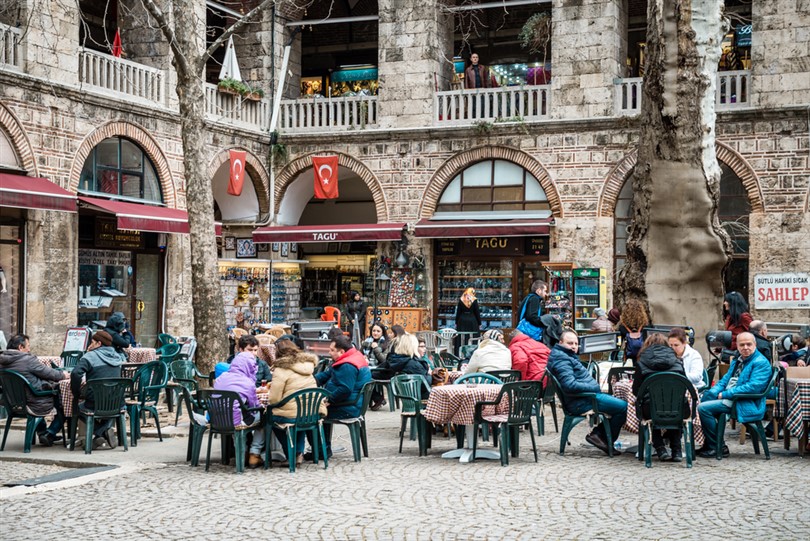 If you head to Bursa from Istanbul via ferry, you will land in Mudanya. This seaside district is known for producing olive oil and the old fishing quarter. After the Turkish War of Independence, the Mudanya Armistice between Turkey, France, Italy, and Britain was signed here on October the 11th, 1922. Lastly, explore old cobbled streets to see the famous Ottoman architecture Mudanya is known for.

Over the last ten years, Bursa rose to new heights with foreign real estate buyers, particularly attracted to similar cultures, traditions, food, and religion. Bursa deserves popularity as well, with an abundance of new architecture shaping the face of the city centre. New built apartments and villas now put Bursa into the top five list of where foreign buyers head in Turkey.

The Marmara Region: Whether you are travelling or house hunting, when looking at Marmara region destinations, expect to be wowed. We are talking about prominent and famous places in the northwest. Nothing compares to the Marmara area. It stands in a unique league that strong empires have fought for throughout history.

Other Regions in Turkey: So, now that you know what is Bursa known for, you might be interested in learning about other regions, towns, cities, and villages. Turkey, the world's 37th largest country, covers thousands of square miles and is flanked by the Aegean, Marmara, Black and Mediterranean seas. The staggering diversity shines through from the Northeast Kackar mountain plains to the southern coasts' sandy beaches to the glory and variety of beautiful Bursa.