To go skiing in Uludag is to tap into one of Turkey’s top winter destinations that has much future potential as the country seeks to become a year-round tourism hub. Uludag Ski Centre, covering the two hills of Fatintepe and Kusaklikaya, is 30 minutes from Bursa city centre, and ideal for skiers who either want a day trip or an overnight stay.

Although already a firm favourite of Turks, its popularity grows every year, as more foreigners arrive to find out what the hype is all about. The ski centre, starting at an altitude of 1800 meters, extends to a summit of 2453 metres and although is yet to reach the popularity of its French Alps counterparts, it offers fantastic options for anyone looking to ski in Turkey. 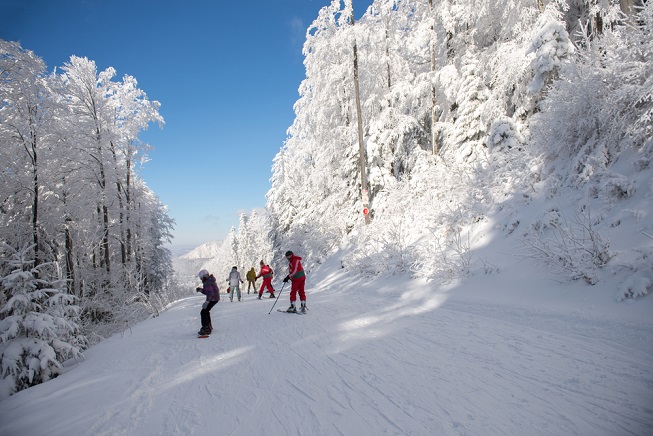 About Skiing in Uludag - Turkey

Don’t think Uludag is a human-made ski resort because people have lived and explored the mountain for centuries. After Christianity spread throughout the Roman Empire, monks lived in 28 monasteries throughout the region until the 8th century.

Abandoned by the time Muslim rule came about, whirling dervishes lodges like Doglu Baba, Geyikli Baba and Abdal Murat opened. After the conquest of Bursa, the Turks named the mountain “Monk Mountain.” In mythology, it is also said, gods watched the Trojan War from the mountain.

Called Olympos Misios in ancient times, these days, its fame is less about religion and mythology and more about the great outdoors.  Uludag National Park is rich with flora and fauna. As well as offering winter tourism sports, summer activities include camping, trekking and daily picnic activities.

Offering traditional alpine northern face conditions, skiing, snowboarding, ice-skating, snowmobiling and heli-skiing are putting this ski resort on the map. Although lakes often dry up in summer, winter, spring and autumn visitors can enjoy nine prominent spots including the southeast’s Caylidere and Koguludere, northern Kilimli, and Aynali and Karagol.

With its peak reaching 2543 meters, Kara Tepe is the Western Anatolia’s highest mountain. Covered with forests, a semi-temperate climate zone lends weight to a southwest wind direction. The ski area of 1750 to 2543 metres high offers the best conditions from late December to early April. While the Mediterranean climate in lower tiers turns into a humid micro-thermal climate type towards the summit, an icy environment descends on high altitudes in winter. Regardless, on a good season, skiers can expect up to 3 metres of snowfall giving them the perfect playground.

But there is more to Uludag than skiing!

Uludag is unique because it is home to five different forest species. Between March and August, vibrant and unusual plant species grow on the forest belt. Between May and August, Uludag is a flower paradise with about 790 herbaceous species and stems from 250 different groups. Ninety-two rare plants also grow there. Therefore it is a national protected park and hub for lovers of the great outdoors during all four seasons. 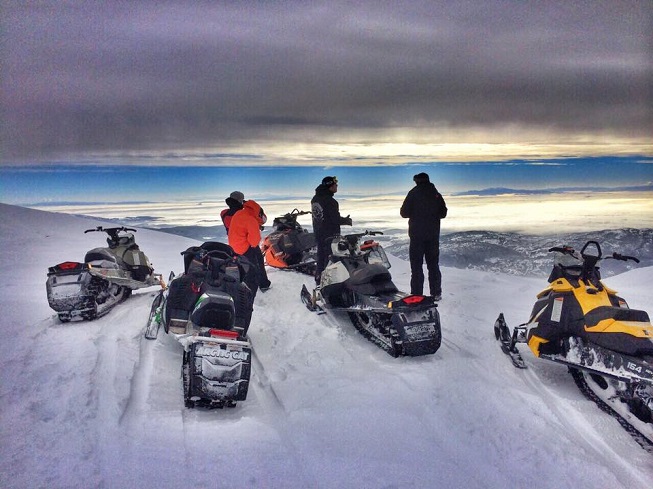 To see unexplored places with an engine with hundreds of horsepower, book snow engine safaris. These guided tours on designated routes often occur in the Bakacak region. Otherwise, Uludag, the highest Marmara Region mountain, offers gradual slopes, that apart from Orhaneli’s flat and steep sides are perfect for mountaineering.  The highest point, Uludagtepe, sits at 2,543 metres. At the Mix Climb Festival, many groups with professional climbers arrive for peak hiking, glacial climbing, camping and survival training.

Snowboarding in Uludag is big business. In the 1960s, the first foundations of snowboarding were laid. Similar to sledges, with a small ski-type rope at the end and a rough section to prevent slipping from the middle to the rear.

Sherman Poppen, often called the grandfather of snowboarding, is responsible for the version we see today, although some people insist Turks living in the Kackar mountains were the first to invent snowboarding to get around. Nowadays, snowboarding is a recognised sport, in particular, among young people, looking for a bigger adrenaline rush which requires more skills. Uludag delivers this with style.

If you go skiing in Uludag, you will be pleased with what’s on offer. To find out more, use the official website – www. uludaginfo.com. Also to extend your stay in the area, explore the rest of Bursa that includes the historic city centre, and Cumalikizik village, both of which are UNESCO World Heritage sites.

Extreme Sports in Turkey: Anyone seeking thrills of living close to the edge will feel right at home in Turkey, a hub of excellence for adventure sports. Including canyoning, para-gliding, white water rafting and underwater sports, the choice is limitless.