For anyone who has a sweet-tooth, the mass range of Turkish sweets and desserts has an international reputation for excellence. Since Turkey is a nation that wholeheartedly takes food flavours seriously, expect them to become strangely addictive. While some unique recipes to Turkey may seem a strange combination of flavours, others are closely related to western versions using the same ingredients.

Even unadventurous people who gravitate towards tastes, they already know, will always find something sweet to indulge in. Expect tasty flavours like cinnamon, lemon, almond, walnuts, strawberry, carrot, caramel, and much more. Whether they are pastries, pies, cakes, tarts, or different versions, try these decadent treats. From incredibly sweet to the pleasant subtle tastes, we have 14 suggestions to start with.

A list of flavoured Turkish sweets and desserts would not be complete without the king of them all, which is baklava. Made from a simple combination of crispy filo pastry, chopped nuts, and soaked in a sweet, sticky syrup, baklava is ideal as either a dessert or sweet snack. Sometimes served with a healthy dose of ice cream, the variety of nuts used differs from region to region. Gaziantep, a South-eastern province is known for their production of pistachio nuts and of what many say is the best Turkish baklava in the country. 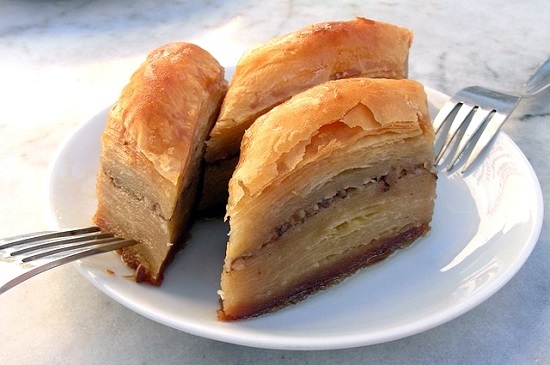 Often met with a look of raised eyebrows, the main ingredient in this dessert is chicken. Turkish chicken dessert is like the medieval recipe for blancmange. Served initially to the Ottoman sultans, it is now a signature dish for the country. However, the cooking method is labour intensive and time-consuming because it sometimes calls for the boiled chicken strips to be powdered down. When eating it for the first time, the strange aspect is that people often remark they cannot taste the chicken at all!

Closely following baklava as a national favourite, Turks throughly enjoy flavoured Turkish delight, and it tops the list as a popular souvenir to buy. Made from starch and sugar, stores sell thousands of boxes across the country every day, although Turks generally only bring it out on special occasions such as Seker Bayram (Sugar Festival) or to sweeten the dark, earthy taste of Turkish coffee. Haci Bekir Effendi, a confectioner during the Ottoman era originally invented it. These days, it comes in various flavours, and the Safranbolu UNESCO world-heritage district is famous for its production of the authentic jelly-like sweet. (More about Turkish delight, a popular souvenir in Turkey.)

This mixture of grains, fresh and dried fruits, and nuts are a firm favourite during the Islamic calendar's first month. The recipe appears in many other countries, although slightly different and its uniqueness is no ingredients are animal-based, therefore, it is suitable and satisfying for vegetarians. Otherwise called Noah's pudding, the significance is to commemorate the ark's landing and offer peace and love. Urban legends say the recipe stemmed from the only food items left on the ark and traditionally when making it; Turks give dishes to friends, family, and neighbours.

Anyone who does not like to stray far when it comes to satisfying their taste buds will be pleasantly surprised and delighted at the Turkish version of rice pudding. Cooks add starch and with a remarkably similar taste, serve it in small dishes with a browned sugar sprinkling. This firm favourite is sold in many supermarkets and most traditional Turkish restaurants. It is also a light dessert that doesn't sit heavy in your stomach, so is ideal as an afternoon snack. 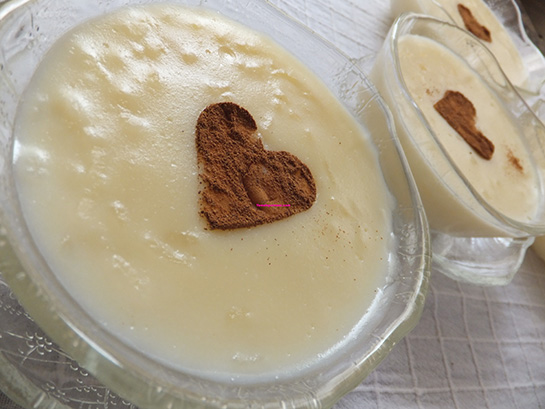 Another favourite stemming from the Ottoman Empire's kitchens, tulumba also appears in many other countries ruled by the former dynasty. Like the western churro recipe, Turks rarely make the deep-fried dough batter soaked in sticky sweet syrup at home. Instead, it is popular on summer evenings when sold by street cart vendors. A simar version is lokma, sold in plastic trays and eaten with a toothpick. Should you want to get adventurous, the internet features load of recipes. 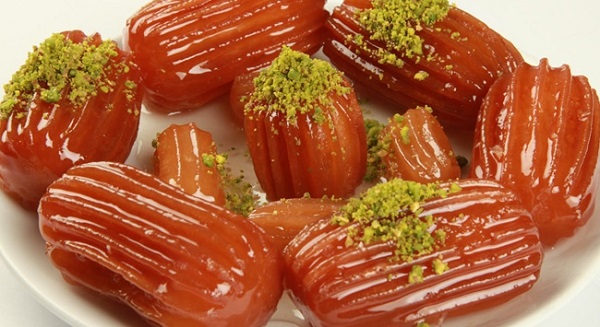 Called Kanafah in countries such as Egypt, and a Middle Eastern favourite, Turkish kunefe is a weird mix of soft cheese, shredded dough, sugar, and water with a healthy sprinkling of crushed pistachios nuts on tops. This age-old traditional dish dating from the 10th century is tasty when served with ice cream or clotted cream, while warm and the cheese is still gooey and stringy. 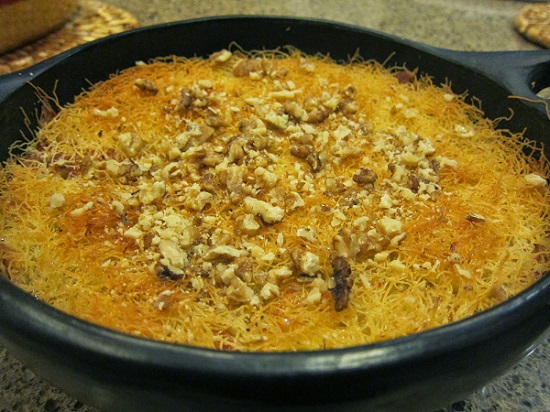 Favourite flavours for the summer times, the Turkish Dondurma ice-cream tastes vastly different from Western versions because the authentic salep and mastic ingredients give it a gooey like texture and taste. The Kahramanmaras region of Turkey is known for producing the best tasting ice cream sold all over the country and is especially popular among foreigners buying from street cart vendors in Istanbul. Such is Kahramanmaras ice cream's thick consistency, using a knife and fork to eat it is not unheard of! (Find out more in our article about where to find the best ice-cream in Turkey.) 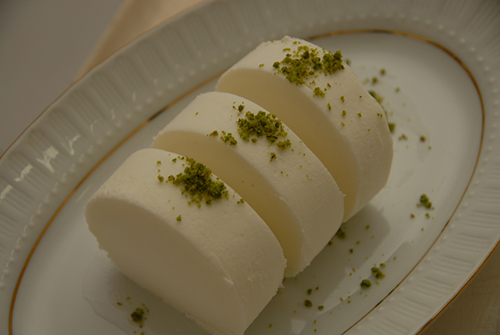 Revani is a favourite to serve for special guests who visit your home. Taking its name from the Persian word of oil, referring to buttery, the cooks boil water and sugar in a pot, then lower the temperature to simmer. They then add whisked eggs and sugar mixed with baking powder, lemon zest, semolina, yoghurt, olive oil, and vanilla. After baking, a cold syrup mixture, sometimes with added rose water is poured onto the cake, and coconut sprinkles produce the final version, cut into diamond shapes. Many Middle-eastern people call Revani, Basbousa because it originated in Egypt. Still, it was a firm favourite in the Ottoman palace kitchens, hence is a time-honoured treat. 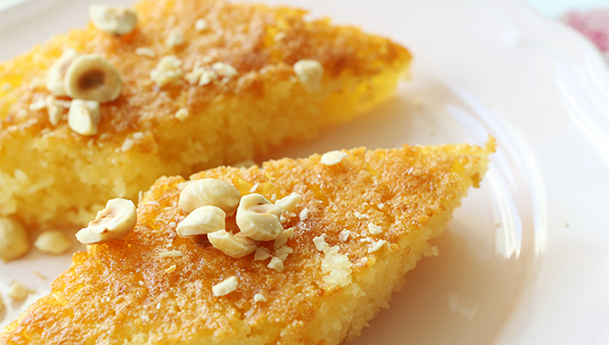 Don't automatically reject this pudding because of its name because the milky dessert is surprisingly tasty. Sold in many coffee shops, and bakeries, the recipe starts with six glasses of milk, mixed with sugar, rice flour, and corn-starch. Mixed until smooth on the heat, cooks add butter and let it slowly melt, then bake it on parchment paper sprinkled with sugar and cinnamon hence the burnt crust. When cooled, they turn it upside down, roll it, and cut into thin slices. Traditional Turkish restaurants typically sell it in their dessert fridge, so order it because you will not be disappointed. 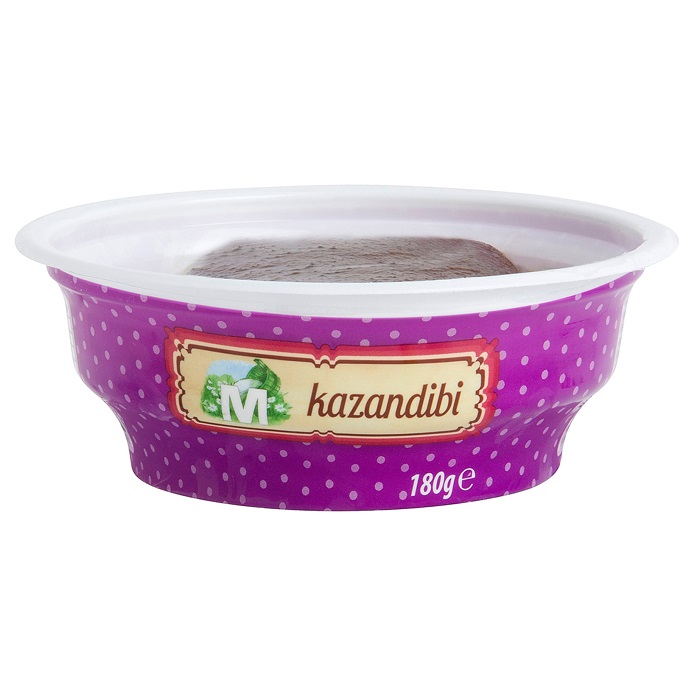 As another time-honoured Ottoman classic, Osmanli Macunu is not widely sold, and you may have to ask around as to where to buy it. Alternatively, it sometimes only appears at festivals and on special days, and the vender dresses up in unique Ottoman costumes. The vendor stands in front of a large pot, with five different coloured sticky syrups. He then whirls them onto a long stick, which you consume slowly. During Ottoman times, the sticky mixture was used for healing purposes, because there were natural spices and herbs in it, like cinnamon, ginger, orange, lemon, and mint. Another version is the spiced Manisa macunu, in which the candy is sweets, and every year, the town holds the Mesir festival to celebrate it. 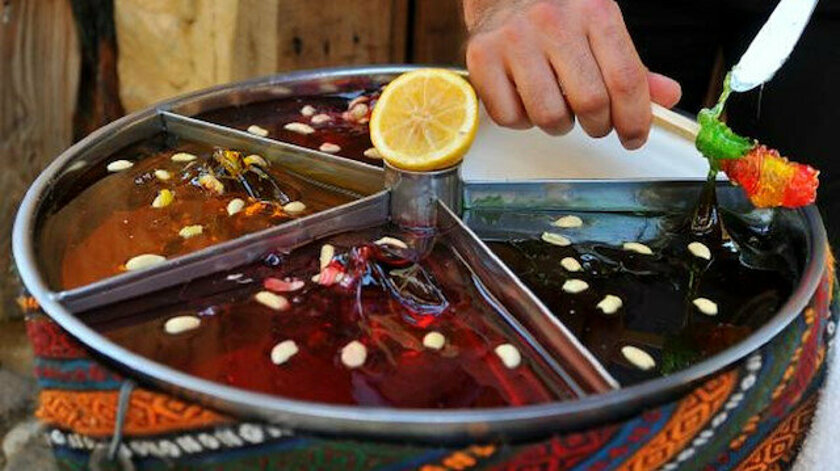 In Middle-Eastern countries, this dessert called Halva features many different flavours, but there are two different versions in Turkey. Firmly ingrained into Turkish culture and traditions, Turks give it on occasions like funerals, a boy leaving for his military service, the start of school, and on a set day within Ramadan. The first version is like a savoury sweet made from sesame seeds, and sometimes nuts are added. This is known as Tahini helva, so just cut off a thin slice and enjoy. The second one is a dessert, made with flour or semolina, milk, sugar, oil, and cream. Store-bought helva is a great energy booster for those days when you feel fatigued. 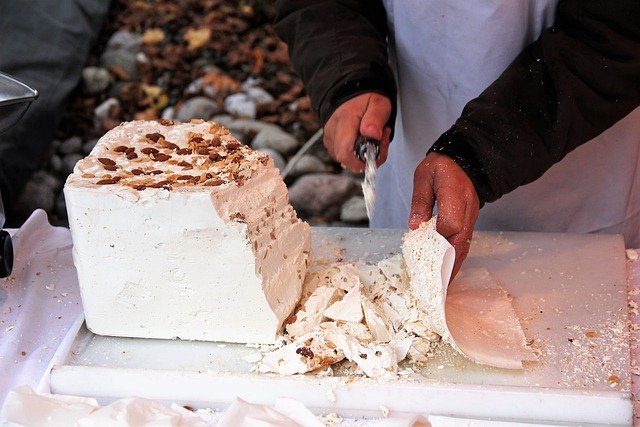 If you have not tasted Kaymak cream, you have missed a delightful flavour journey. Like whipped clotted cream, the smoothy texture and slight sweetness go great with everything. Sometimes, if you visit a village restaurant for a traditional Turkish breakfast, they serve it as a topping for the bread. However, one favourite dessert is apricots with Kaymak cream, hence the Turkish name Kaymakli Kayisi. It is a perfect twinning of ingredients because Turkey is the biggest exporter of dried apricots globally, and the Malatya region is famous for its production excellence. Even if you don't like apricots, pick up a tub of Kaymak cream, when in the supermarket because it goes great with many dessert items. 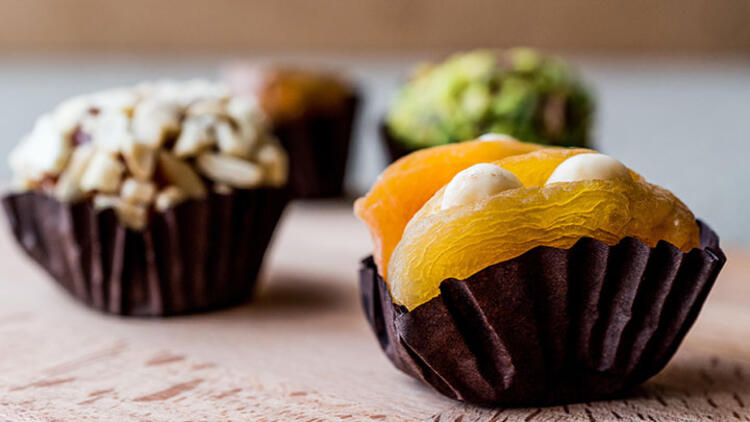 Translated as poppy sherbet, this is more of a drink rather than a sweet or dessert. If you do see it for sale, buy it, because the poppy's rarity makes mass production impossible. To make it, producers collect red poppy flowers, remove the black middle, and store it in water with lemon pieces. Once the water has turned red, they remove the leaves and mix in sugar, and more lemon. It is refreshing with ice on hot summer days, and as quite a unique drink, we wholeheartedly recommend trying. Other flavours include rose and pomegranate.

Turkish Soups: So, we all like to indulge in something sweet, but what about an appetizer or simple snack? That is when soups step up to the podium as being a favourite Turkish dish. Do not underestimate them. Turks even eat soup for breakfast and believe they are a great hangover cure. We have listed six unique flavours to try.

Popular Turkish Food: Our favourite ten dishes everyone should try, from tasty mouthfuls for vegetarians to juicy cuts for meat lovers. These dishes are the perfect way to start your meal, and then finish with one of the Turkish sweets and desserts we have listed above.

About Us: We are Turkey Homes, an investment and property specialist, who has helped thousands of buyers own a home, and settle in to the country as an international expat. We have taken our expert local knowledge of places, history, traditions, culture, and food to provide one big resource library in our blog about Turkey.