BLOG Places to Visit from Istanbul – Day and Overnight Trips

Places to Visit from Istanbul – Day and Overnight Trips

The vast range of places to visit from Istanbul adds even more excitement and intrigue to Turkey's biggest and most prominent city. Whether you are looking for beaches, historical sites, or places of natural beauty, locals often head out of Istanbul city at weekends and during summer to enjoy more of what Turkey offers. Of course, Istanbul is delightful, but should you want to escape the urban landscape or head somewhere different after touring the main attractions, these are the places to go.

11 Exciting Places to Visit from Istanbul

Many travel agents sell this popular day trip from Istanbul, but for some, the place is more heart-wrenching. In World War One, the Gallipoli peninsula was the scene of a 9-month battle between Allied forces and Turks. More than 100,000 soldiers perished, and more than 400,000 were wounded. Covering 35 kilometres, the peninsula is now a national park to commemorate the fallen. Major points within the national park include Lone Pine Australian Memorial, Brighton Beach, Chunuk Bair New Zealander Memorial, and the Kabatepe War Museum, which displays soldiers' personal effects and photographs.

For an overnight trip, head to Canakkale and Troy after Gallipoli. For decades, people assumed Troy's ancient city as listed in Homer's Iliad and Odyssey was a myth, as were the Trojan wars. However, in the 19th century, Heinrich Schlieman uncovered some fallen ancient ruins, and after much investigation, historians agreed he had indeed found the ancient city of Troy. The ruins now belong to the UNESCO World Heritage site list, and although the giant wooden horse is not the real version, take time out for photographs.

3: From Istanbul to Green Bursa

Ah, delightful Bursa. This city commands fame and admiration from around the globe for various reasons. First, many buildings in the city centre belong to the UNESCO World Heritage site list. The Ottomans who made Bursa, their first ruling capital before Constantinople, built them, and attractions include the green tomb and the famous Ulu Mosque. Secondly, Bursa is home to Mount Uludag, one of Turkey's top skiing spots, although people also flock to enjoy outdoor activities in summer. Also visit Cumalikizik village for a traditional Turkish village breakfast. In recent years, Bursa has attracted more foreigners looking for holiday homes or real estate investments.

If you want to enjoy Mother Nature and the great outdoors, put Yalova on your list. Yalova was a well-kept secret among Istanbul locals for years, but as independent travel trends started to spread, more people started heading there. Again, in recent years, the town has become a property hotspot. Mustafa Kemal Ataturk, the Turkish Republic's founding father, favoured Yalova for his summer holidays. Sitting 12 kilometres out of the city centre, Yalova spa springs attract tourists looking to take advantage of their healing qualities. Otherwise, enjoy trekking, camping, and biking routes. 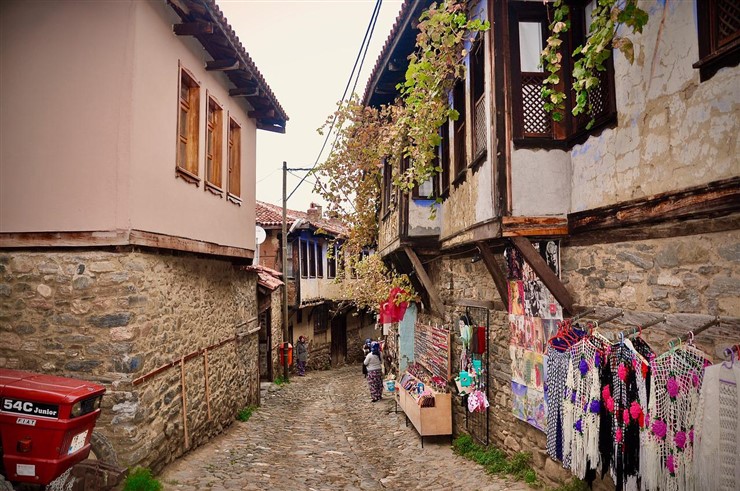 5: Tour of the Princes Islands

This group of islands belongs to Istanbul, but they sit off the Asian coast, and the location makes it seem a world apart. Altogether there are nine, but two are famous as popular day trips reached by ferry from either the Asian or European sides of Istanbul. Traffic-free Buyukada is known for large Ottoman mansions on either side of tree-lined streets. In contrast, Heybeli is excellent for sunbathing and swimming. Did you know that the Princes' Islands were the place of exile for disgraced Ottoman royalty?

Sitting 70 kilometres from Agva, Sile, a popular daytime trip sold by Istanbul tour agents, is notably famous for the Kum Baba tomb (Muslim Saint) and cotton production. But these days, the area hosts Turks from Istanbul looking for refreshing days away from the big city. The beach is famous, but the surrounding green mountainsides draw in the crowds thanks to scenic landscapes. If you want to extend your time in Agva, book a basic hotel and spend your days fishing and snorkelling. Also, enjoy boat rides down the Goksu river.

Nature lovers will enjoy this tour of the Gulf of Izmit, although the day lasts 14 hours. Lake Sapanca and the nearby Masukiye village make for the perfect day out. After strolling around Lake Sapanca, tour agencies head to Masukiye village for lunch, but those who feel bursts of energy can enjoy a stroll up Kartepe mountain. Less energetic people can jump into the ski lift. Although this is a popular daytime trip sold by local tour agencies, many Turks head here for the weekend.

From the great outdoors to famous cities, Edirne is rich in Ottoman history, which naturally piques peoples' interest. Initially founded by the Roman emperor Hadrian in 125 AD, the Ottomans left behind some remarking architecture, including the Eski Mosque and Selimeye mosque, designed by Sinan, the Ottoman empire's most famous architect. Other highlights in the city include the Ali Pasa bazaar and the Beyazit Kulliyesi medical museum, or you can browse for souvenirs at the Selimiye Arastasi bazaar.

Tour agents sell day trips to Ephesus on the Aegean coast if you don't mind long days. The reason is that the ancient city often ranks as Turkey's top tourist attraction hosting millions of visitors every year, some of whom make the trip, especially from Istanbul. You will fly early morning from Istanbul to Izmir and then take a short coach ride to explore the ancient ruins, including the Celsius library, agora marketplace, old roman terrace houses, and the large amphitheatre. Then, if time allows, they head into the hills of Selcuk, to the Virgin Mary's house, where Catholics believe she ascended. 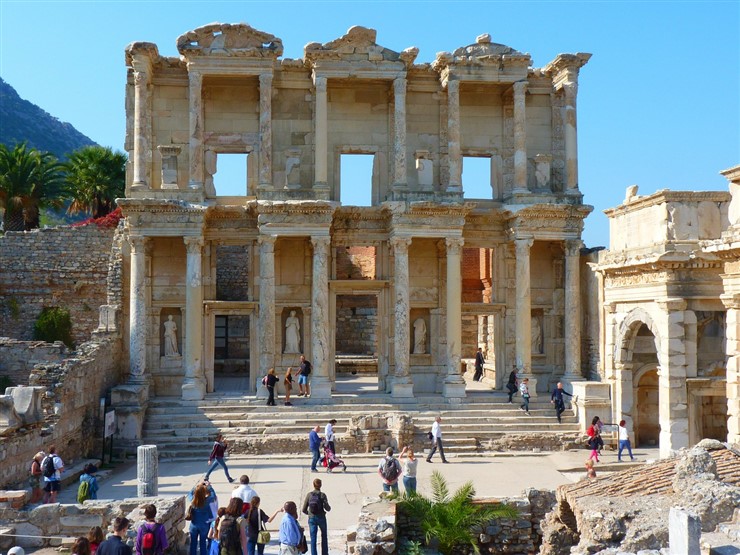 We would combine an overnight trip from Istanbul to Ephesus and Pamukkale. The latter sits further inland on the Aegean coast, perfectly portraying Mother Nature. Solidified calcium water runs down the hillside to form pools that, from a distance, look like a cotton castle, hence the name Pamukkale. The pools sit nearby Hierapolis ancient ruined city that, during Roman times, was a retreat for wounded soldiers thanks to the spa waters healing qualities.

If there were an overnight place to put on your bucket list, it would be beautiful Cappadocia in Turkey's central Anatolian region. This delightful landscape uniquely features weird-shaped rock formations, nicknamed fairy chimneys formed by thousands of years of wind erosion. A highlight, though, is the early morning hot air balloon trip that ascends at sunrise to glimpse the vibrant orange horizon. Also, see Ihlara Valley and visit the marvellous Derinkuyu underground city where locals hid during times of invasion.

Historical Places in Istanbul: Aside from places to visit from Istanbul, there are historical attractions within the city. Covering the Asian and European sides, historical stories sit on every corner. As the former ruling capital centre for the Byzantine and Ottoman empires, old buildings, churches, and mosques make up Istanbul's most popular tourist attractions.

Exciting Facts About Istanbul: To list interesting facts about Istanbul would take many pages. This is no surprise, given its iconic status as Turkey's most prominent city. From the urban infrastructure to food to history to people, the city exists in different bubbles from the rest of Turkey. But in this article, we've listed the top facts every visitor to Istanbul should know.