The Unique Trabzon and Rize Regions of Turkey

When it comes to travel trends in Turkey, Trabzon and Rize peak at the top of the list. Having risen in popularity among Turks, more foreign travellers now seek to get off the beaten track and explore lesser-known destinations. Both destinations pique the interest of Middle Eastern nationalities, the most frequent visitors, but European and American travellers also look towards them as an alternative to time-honoured beach holiday package resorts.

Their prominent status on Turkey’s tourism scene has also spilt over to the real estate market, as foreigners continue to buy property in Trabzon, either for investment or summer travels. When visiting these two regions, get ready for some pleasant surprises. The landscape scenery, regional cuisine, and unique culture differ from the rest of Turkey, so even seasoned travellers have more to look forward to. Before we mention where to go and what to see, let us delve into some nice to know facts.

The Unique Trabzon and Rize Regions of Turkey

About Trabzon: Sitting in Turkey’s Northeast, Trabzon is the city name but also of the larger province encompassing a small section of coastline. Its crowning glory is as the top producer of hazelnuts in Turkey which are mass exported all over the world. Its football team is a strong contender, but most Turks honour it as the birthplace of Ottoman sultan, Suleiman the magnificent. Trabzon gained fame during the 1990s, when the Soviet Union government lifted travel restrictions and evoked suitcase tourism, otherwise known as people who travel to one country to buy items.

About Rize: Located east of Trabzon, Rize’s high profile keeps it in the limelight. As Turkey’s tea-producing capital, its fertile soil and ideal climate lend weight to tea plantations all over the region. It boasts stunning greenery, especially heading away from the coastline into the backing Kackar mountain range. Think rolling hills and mountains so unlike Turkey’s sandy beach scenery. Once visitors get to see it for themselves, they soon understand why Rize has a special place in the heart of Turks.

Travel Tips: Most independent travellers like to get around by bus, and while this is easily done between the two city centres, the main attractions sit in remote locations. Hence many people sign up for four to seven-day tours that include a driver, guide, and hotels. Otherwise, car hire is another option.

Remember this region’s weather climate is different from the rest of Turkey. Expect to see snow from November to March and lower temperatures. Even when we visited in June, night times were chilly, and we wrapped up, but people on the Aegean and Mediterranean were enjoying warm evenings dining alfresco style.

Attractions and Things to Do

Both destinations have their fair share of historical sites, but most attractions and must-visit places revolve around the theme of outdoor travel. This is not a place for anyone who has plans to lie on a sunbed for two weeks. It is about getting active and enjoy the power of Mother Nature. So, let us look at them starting with Rize first. 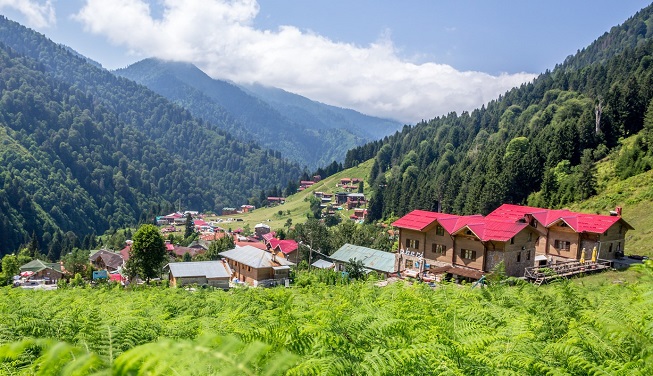 Ayder Plateau: Rize’s most prominent attraction and reason to visit is Ayder plateau. Sitting 80 minutes’ drive from the main city centre, its popularity has boosted thanks to government promotion of yayla tourism to keep this culture alive. For centuries, locals migrated up the mountains in summer to cooler temperatures. Preserving their own culture and heritage, the practice of yayla migration is dying out because the next generation instead stays in larger cities to earn money. When you arrive in Ayder Plateau, expect handmade wooden hotels, rolling green hills and gushing waterfalls. Also, visit the hot springs, and taste the delicious, local honey.

Firtina Valley: Ayder belongs to Rize’s Camlihemsin district that includes Firtina Valley and its fast gushing river. As a popular destination for hardcore walkers, it also attracts white water rafters, eager to take advantage of fast-flowing water. Old Ottoman bridges capture the interest of history lovers and span the river length. For a relaxing break, take a seat in a riverside restaurant to enjoy traditional food with fantastic views.

Seek Traditional Houses: Rize’s tea plantations boast of traditional architecture no longer used, making the old-style houses an iconic regional symbol. The homes include a stone bottom, but at the top, small stones set in a crossword-style, edge with wood for a uniformed appearance. The sloping timber roof is unique because many properties in Turkey include balconies or terraces, but these do not.

Beautiful Waterfalls: Whether you sign up for a guided tour or travel by car, keep an eye out for the stunning waterfalls scattered all over the region. Gelintulu in Ayder Plateau is the most famous. The name translates into the bride’s veil, a resemblance to its fast, flowing stream down the side of a mountain. Also visit Bulut and Palovit, two other camera-worthy natural landmarks.

Caykur Tea Gardens: Naturally as Turkey’s tea capital, a visit to the heart of it all is necessary. Caykur, the government-owned company, and the biggest seller of tea has set up tea gardens in the city centre, to sample various brands and enjoy a fantastic 360 panoramic views over the coastline and surrounding mountains. This is a great place to pick up souvenirs reflecting what Rize is all about.

Rize Castle: Another place for stunning views is Rize Castle. It separates into two parts of which the central section dates from the Byzantine period and the later from the 13th century. Over the last ten years, Rize council has invested much into preserving this ancient landmark building, and a café on-site provides the perfect location for looking out over the city. 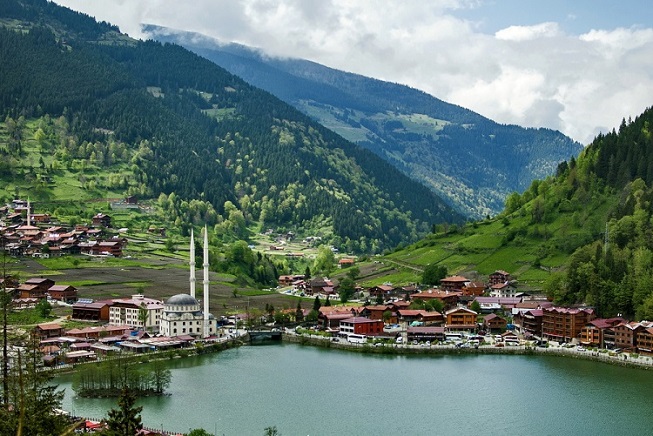 Uzungol: Heading into Trabzon, the most famous attraction here is Uzungol, a large lake in between two valleys. Like Ayder plateau, locals still live off the land and often build houses using wood from the nearby forest. Whether you walk around the lake, hire a bike, or jump onto a quad bike to explore further afield, Uzungol is one of Turkey’s underrated attractions. ( Read more about Uzungol.)

Sumela Monastery: Get ready to be wowed again because the 4th-century Sumela Monastery will imprint your mind forever. Nestled on the side of a cliff face in Macka Park, monks lived there for many centuries before abandoning it during the Turkish War of Independence in 1923. The steep walk uphill is not for anyone with walking difficulties, but once there, admire the kitchens, church with wall and ceiling Biblical frescoes and a stunning view. (Interesting reading and pictures about Sumela.) 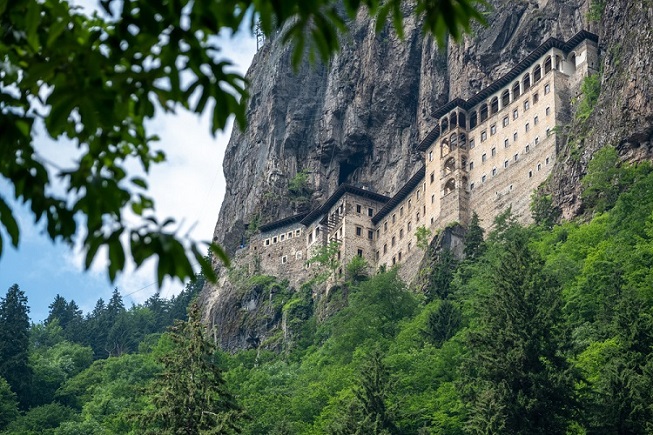 Hagia Sophia: Don’t confuse this building with the Hagia Sophia in Istanbul because it exists on a much smaller scale, yet it is one of Trabzon’s top attractions. Dating from the 13th century, this excellent example of Byzantine architecture has many untold secrets. Sitting in the city centre, accompany it with a visit to Ataturk Pavilion, a stunning house used by Mustafa Kemal Ataturk, the Turkish republic’s founding father.

Enjoy the natural landmarks of beauty, but more excitement lies in local cuisine. Given the region’s fertile soil and adherence to living, expect loads of healthy dishes and diary with flavour. Local recipes include black cabbage soup, anchovies which they put in everything and Muhlama, a corn and cheese type fondue with an addictive taste.

Black Sea Region of Turkey: Both Trabzon and Rize belong to Turkey’s Black Sea region, covering the northern coast, and there is nothing better than completing a mini road trip of main attractions and delights. This article highlights must-visit places and things to do, to see this underrated area of Turkey.

About Us: We are Turkey Homes, a lifestyle and real estate investment firm, who have helped thousands of foreigners and Turks buy homes in all areas including Trabzon. Follow us to keep up to date with regional news, expat life tips and homeownership in Turkey. Alternatively, download our app to browse the rest of our website.