The Best Places to Visit in Bursa

Curious holidaymakers are always pleased with the range of places to visit in Bursa. Standing in a league of its own, Bursa rose the ranks to become Turkey's must-see destination. While western holiday package companies are yet to venture into the area, it makes a roaring trade with independent travellers and Middle-Eastern nationalities attracted by its strong cultural heritage. Nicknamed "Green Bursa" because of many parks and gardens, Bursa sits at Uludag Mountain's foot, one of Turkey's top skiing spots. The year-round tourism destination is also leading the real estate market as more Turks and foreigners buy property to tap into its potential.

Its many claims to fame include the famous Iskender kebab, invented here in the late 19th century. It was also a Silk Road trading post during history and draws in admiration from history buffs as the Ottoman Empire's first capital centre. Many historical places stem from this era and led Bursa to gain UNESCO World Heritage status. So, if you are planning a trip, what places should be on your list? Let us look at tourist attractions in the city centre and the larger province, you can see during winter or summer.

The Best Places to Visit in Bursa

Such is Uludag's importance, everyone should go there, and of the ones that do, most use the Uludag Gondola cable car ride to ascend the mountain. Stretching for 9 kilometres, it is Turkey's longest and takes just 25 minutes. There are three stations of which skiers head to the last. Even if you visit Bursa outside Turkey's skiing season, do not forgo a visit to Uludag because the mountain plateaux is just as stunning from Spring to Autumn. Aside from just admiring the stunning landscape views from 2345 metres high, summer activities include mountain biking, camping, quad biking, and trekking. While in winter, as well as classic skiing, visitors can go snowboarding, or head out on guided snow safari tours. 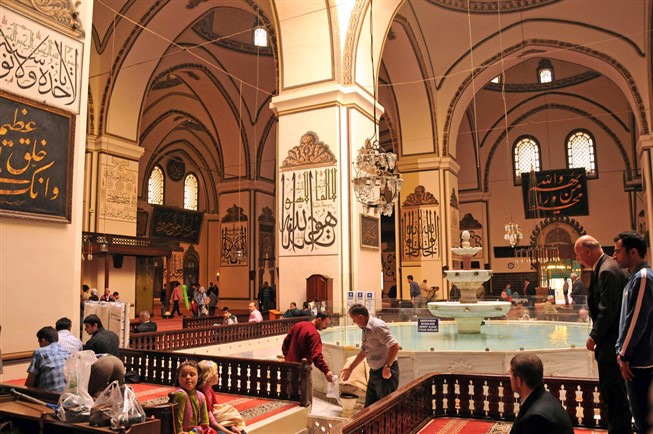 As Bursa's most famous mosque and one of the top-visited attractions, many a tourist will visit outside of prayer times to see the 15th century, stunning exterior and interior Ottoman and Seljuk architecture. Famed for its twenty domes sitting in a 5 x 4 row, while there, look for calligraphy wall inscriptions dating from its construction. One photographed and much-admired structure is the large fountain and pool sitting under the central dome.

Visit any former old Silk Road destination to find ancient caravansaries. Otherwise known as a merchant's hotel, travelling salesperson could sleep for the night, keep their goods safe and ensure their animals were looked after. In Bursa, one such building is the Kozahan, of which Koza translates to a cocoon, a reference to the silk cocoons that were sold here. These days, shops still open for business so buy your souvenirs here and grab refreshments afterwards. Both the Ulu mosque and Koza Han sit near the downtown bazaar, a great place to find things to do, people watch and get a sense of daily life. 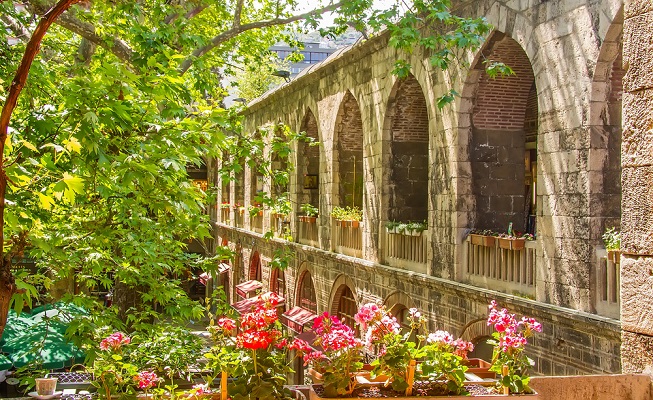 In Turkish, Turbe means tomb but can also refer to a mausoleum. In Bursa, the 15th-century Yesil Turbe, a respected landmark and monument belong to the fifth Ottoman sultan, Mehmed the 1st. Built by his successor and son, it sits hand in hand with the opposite mosque of the same name. Yesil means green in Turkish, a reference to green exterior tiles that makes the hexagon landmark distinguishable. Another important note is the blue, white, and yellow tiles from Iznik, a respected area of Turkey known for their ceramic production. 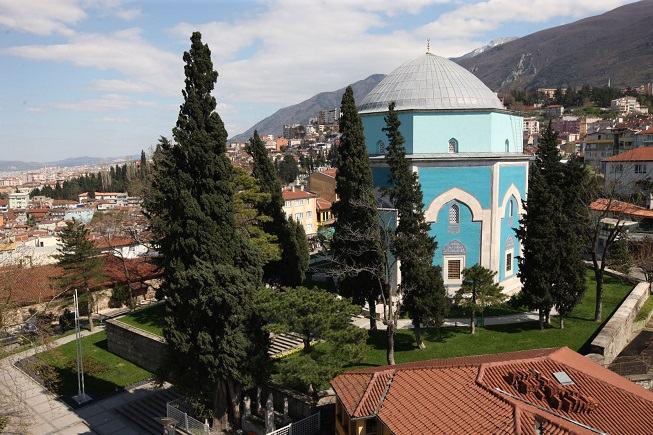 Before 2014, Cumalikizik village was unheard of, but when UNESCO added it to its world heritage site list, many major travel publications featured it and put it into the spotlight. The criteria that bagged its inclusion is 270 old Ottoman houses made from wood and stone. Preserving these types of ancient structures is of vital importance as modern housing continues to develop and change all the time. In 1969, remains of a Byzantine church were also discovered. While there, enjoy a traditional Turkish village breakfast. 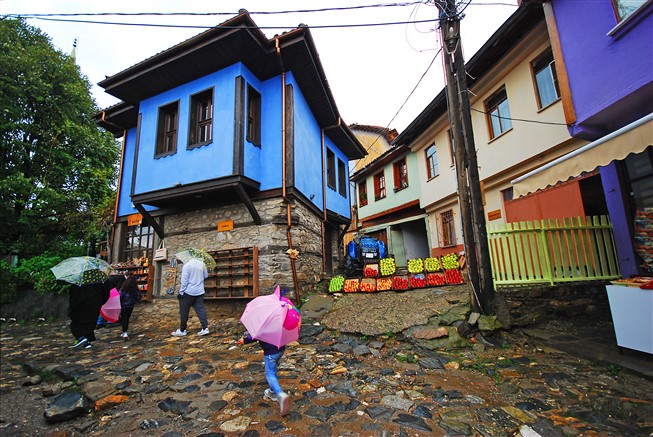 Called "hisar" in Turkish, this is the oldest city part. Even though just a small section remains, the ancient city walls are perhaps symbolic as they also sit near the tomb of Osman Gazi, the man who founded the Ottoman empire, otherwise the first royal sultan. Dating from when Bursa was called Prusias in the first century BC, walls and the tomb have undergone restoration over time, and are a must-see to understand Bursa throughout the centuries. 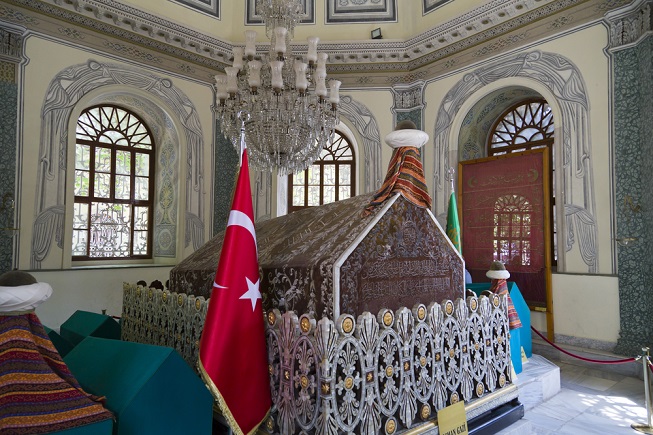 Even if you do not intend to buy anything, Irgandi bridge is a must-see, because on top of the old stone bridge are quaint artisans' shops. The 15th-century bridge is a beautiful sight as the yellow bazaar on top makes it a unique landmark found nowhere else in Turkey. The shops within it also make traditional crafts like painting and woodcarving. 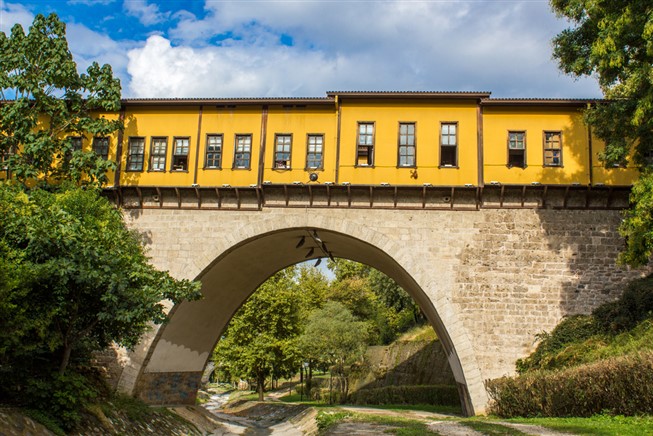 Also known as the complex of sultan Murad the 2nd, the 15th century Muradiye Complex contains 12 turbes and an old Turkish bath of the same name. Sitting in a quiet destination, it had a madrasa, an Islamic place of education, but that is now a medical clinic. One notable aspect, the calm, peaceful atmosphere, is a stark difference from a city's hustle and bustle. 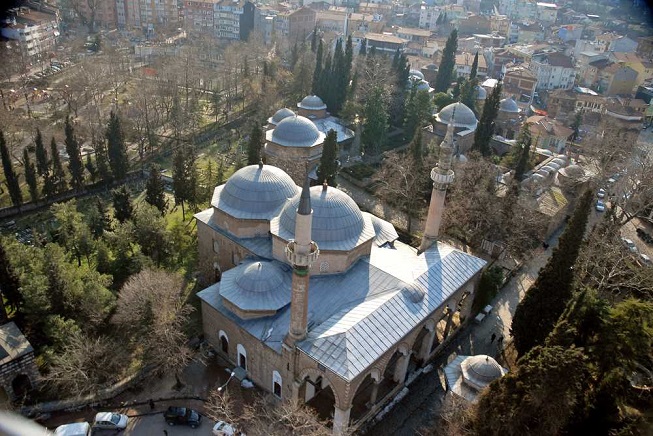 Sitting in the Soganli neighbourhood, get ready for a whirlwind adventure to see animals from all over the world. The zoo prides itself on being an educational, fun for children to learn about species from different continents including giraffes, zebras, lions, bears and other exotic creatures. To finish this family-friendly day out, also visit the surrounding botanical gardens. 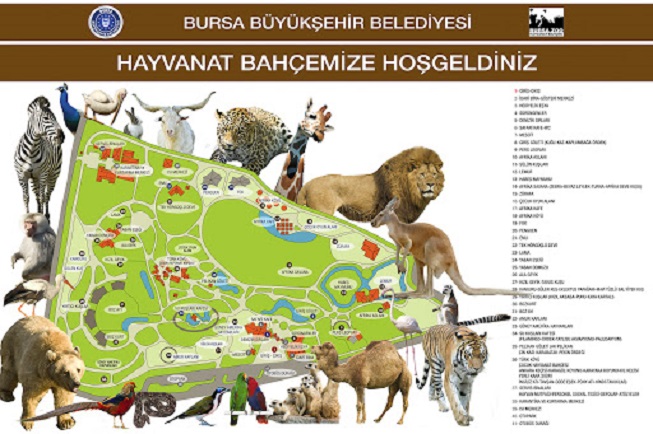 If you arrive via the sea ferries from Istanbul, you will land in Mudanya, a delightful small town receiving much interest from foreign and Turkish house buyers. Sitting on the Gemlik Gulf, this popular sightseeing destination also holds historical importance because in 1922, Turkey, France, Britain, signed an armistice here after Turkey's War of Independence. As well as enjoying the coastal atmosphere, tour the sights including the town's many old Ottoman buildings with the original architecture. 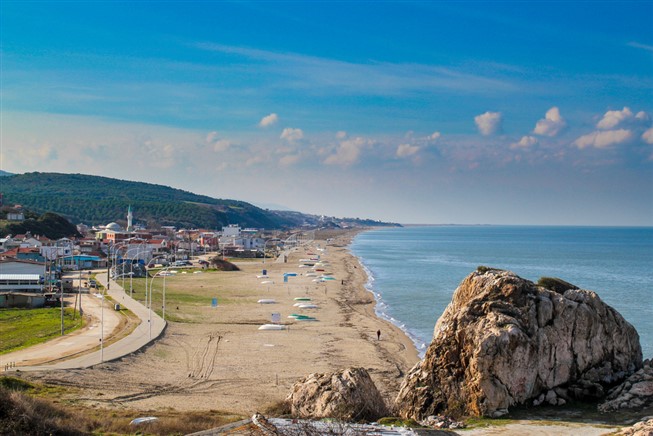 As if Bursa didn't have enough to boast about, it earns even more fame as a hot spring thermal destination. Natural hot springs feed some hotels like the Kervansary, otherwise, head to places like Cekirge. There six springs, all stem from one source. Kaynarca and Yeni have higher temperatures and contain sulphur, with healing qualities for the skin. In contrast, Mustafa Kara and Eski have lower temperatures because they don't contain sulphur. 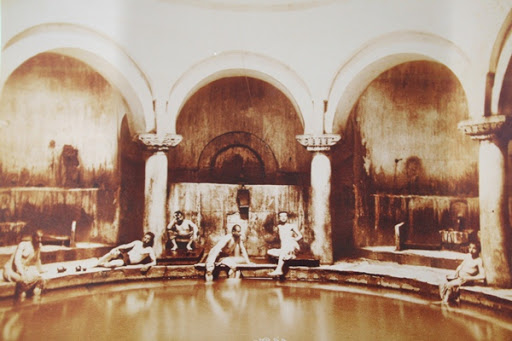 12: Museums to Visit in Bursa

If you love museums, Bursa delivers in bucket loads and more. Popular ones include the Archaeology Section and Ataturk Museum. Ataturk was the Turkish republic’s founder and he stayed in the house, now museum, every time he visited. Check out the region’s long history in the City Museum and see the Karagoz museum. The idea for these two puppets depicted in Turkish folklore stemmed from Bursa. Time your visit well because most museums close on Mondays.

Last, on places to visit in Bursa, is Saitabat waterfall sitting about 12 kilometres from the city centre. Taking its name from pigeons living nearby, the small but stunning natural landmark is where locals escape to during summer. While there enjoy cooked trout and the great outdoors.

Why Visit Uludag: As mentioned before, to visit Bursa and not see Uludag is unheard of, but in this article, we talk about why it is one of Turkey’s major skiing destination. From stunning mountain views, to what to see and do, it is easy to understand why it commands respect from all who visit.

Famous Architecture in Turkey: Bursa’s Ottoman landmarks are just one of many famous sites in Turkey, and in this article, we list more examples for you to visit and see. Including ancient caravansaries, houses, and places of worship, we look at the two architectural styles; Ottoman and Seljuk that dominate the history books.